Reyes’ Deal Shows That the Marlins Aren’t All Talk 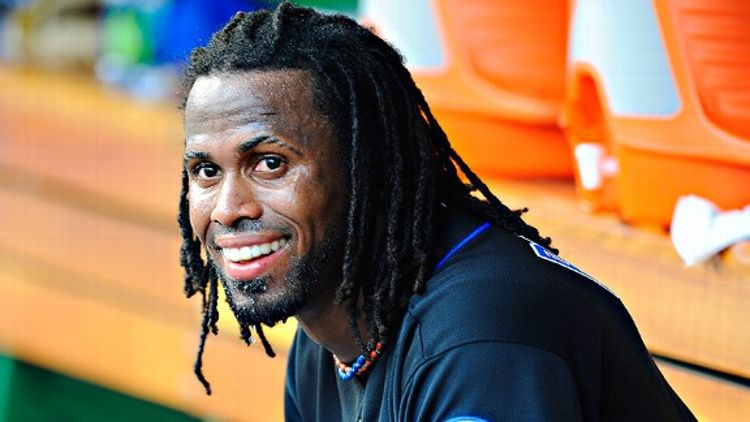 Let’s start with this: The Marlins signing Jose Reyes to a six-year, $106 million contract is a welcome sight, if only because it means they’re finally spending money, after years of claiming losses that didn’t exist.

Those allegedly phony loss claims, coupled with hoodwinking local government into building a new stadium in a deal so shady that the U.S. Securities and Exchange Commission is now investigating, had become the public image of the organization. With one big deal, all that’s been set aside, leaving us to talk about the actual baseball team and its chances for success.

So what are those chances? Better, that’s for sure. When the Marlins signed Heath Bell to a three-year, $27 million contract, that looked like just another overpay for Closer Pixie Dust, a smaller version of the Jonathan Papelbon megadeal that could help the team, but at the cost of making moves to address bigger needs. Turns out convincing taxpayers to fork over hundreds of millions of dollars allows you to go well beyond a simple closer buy, and to snag one of the top free agents on the market.

Take Reyes’ contributions for the 2006, 2007, 2008, and 2011 seasons and you get a player who averaged more than six Wins Above Replacement per year. For some context, a 5-WAR player is roughly All-Star level, while an 8-WAR player gets you into MVP discussions. The problem, of course, is that Reyes played two other seasons in the middle of that stretch. He played just 133 games and didn’t hit all that brilliantly in 2010 (.282/.321/.428), and played in just 36 games in 2009; in those two seasons, Reyes was worth less than four total wins.

Gauging a player’s current health can be a daunting task, much less predicting the next six years. It’s possible that Reyes’ hamstring injuries resurface, but only enough to knock him out for 15-20 games a year and not affect his performance. If the Marlins are getting that Reyes, given the going rate of about $5 million per win on the open market, this could be an excellent buy.

But that’s a big if. Reyes turns 29 in June — young for a free agent, but not young in the life of a baseball player. The natural aging process could start to eat into Reyes’ speed and quickness, which could affect his value on the base paths and on defense. Never one to walk much (6.9 percent career walk rate), Reyes’ batting average could take a hit too, if legging out hits starts getting more difficult. Reyes’ power has improved over the years, to the point where he’s a triples-hitting machine who can also bag 30-plus doubles and double-digit homers in a healthy season. But those doubles and triples could also start to erode if age, injuries, or both ding Reyes’ speed, especially in the second half of the deal. They’re not identical players, but there’s still a fair bit of Carl Crawford in Reyes’ game: Identical isolated power, with low walk and strikeout rates for both (Reyes is a little better in both cases), Crawford showing more of a platoon split, and Crawford being a more valuable defensive player relative to his positional peers (though less valuable overall, being a left fielder and not a shortstop). As much as injuries are the biggest worry, there’s some risk of regression that could see Reyes post a season or two that approaches Crawford’s dreadful 2011, even if it doesn’t quite match that nightmarish level.

Over at FanGraphs, Dave Cameron posted a nifty table that shows what the Marlins would need to get out of Reyes to justify his contract. It all makes sense from a distance, but the holes in Reyes’ health (and to a lesser extent, his game) make him a bigger downside risk than a smoothed-out chart can convey. Where the Marlins might get an All-Star season or two out of their new shortstop, but also a couple years where they get next to nothing, you make the move because he’s one of the best guys out there, and if Reyes can find a way to stay healthy throughout all or most of the deal, the Marlins will end up with a steal of a deal.

Still, the Marlins look like they’re one more move away from becoming legitimate contenders. Jayson Stark reports that the Fish now have their eyes on Albert Pujols, exactly the kind of move that would put this offseason over the top. Sign Pujols, and you’ve not only added two elite players, but also set the stage for a follow-up trade, where Gaby Sanchez could be cashed in for a badly needed starting pitcher.

If the Marlins stop with Heath Bell and Jose Reyes, they’ve ignited some new interest in the team and set themselves up to draw fans to the new park — a noble goal. Sign Pujols and trade for a solid starter, and October baseball becomes not possible, but even likely. Kudos to the Marlins for putting themselves in position to make that happen, and for silencing idiots like me who thought all their supposed courting of free agents was just an attempt to draw interest in the team and its stadium drive. They’re trying to win. This is a really good thing.

As for the now Reyes-less Mets? The Marlins’ huge offer took GM Sandy Alderson off the hook, allowing him to avoid committing a huge sum to a very good player, but one with all those risks, and also one who might not get to play on a contender until he’s well into his 30s, given how weak the rest of the Mets’ major-league roster and upper minors look. Yes, they’re going to get raked over the coals in a yuuuuge way by certain members of the media — even more so if they now trade David Wright in his walk year for younger talent. But mediocrity wasn’t getting the Mets anywhere. An influx of prospects and new funds very well might (especially for a team that claims to have lost a jarring $70 million last season).

This is going to be a bad Mets team in 2012, and probably 2013, too. But the sooner they can commit to stripping down, starting over, and rebuilding in earnest, the sooner they might be able to assemble a contending team that’s built to last. They’ll miss Jose Reyes, just as they’d miss David Wright if he were traded or allowed to leave after next season. But the bitter feelings over their departures will eventually fade if the Mets eventually come back stronger than ever.