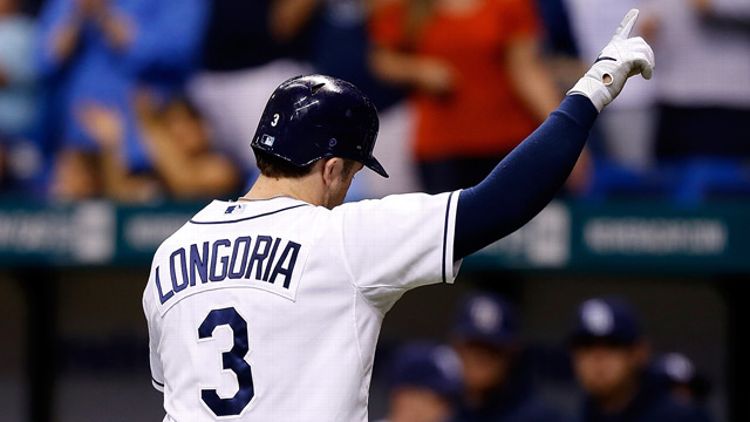 The Tampa Bay Rays signed Evan Longoria to a six-year, $100 million contract extension, a deal that locks up the All-Star third baseman through at least 2022 and offers a glimpse into the future of the Rays and the sport.

That first contract has been the source of constant discussion and dissection in the industry since the day it was signed. Longoria and his agent, Paul Cohen, first began negotiating a long-term deal when Longoria was still in Triple-A. He signed the deal just six days into his major league career, an unprecedented move. By the time the All-Star break of his rookie year breezed by, it became obvious that the Rays had scored a bargain for the ages: just $17.5 million guaranteed over the first six years of his career, plus those club options and incentives that could hike the deal to about $48 million. At the time, Longoria spoke of landing security for himself and his family at a very young age and early stage of his career. But the scuttlebutt since has been that he left a bunch of money on the table. FanGraphs calculates player value based on a combination of Wins Above Replacement and the industry average for wins bought on the open market. It’s not a perfect measure, but it does lend some insight into a player’s bang for the buck. Subtracting Longoria’s 2013 salary, plus the hypothetical buyout the Rays would have owed had they declined his 2014 option, they’d paid just $8.5 million for the first five years of his major league career; Longoria had produced an obscene $128 million in value over that time, with Albert Pujols and Ryan Braun the only position players producing more value for their teams in that span.

This next deal isn’t likely to resemble that kind of colossal steal by the time it’s done. The biggest risk revolves around Longoria’s health. He missed 29 games in 2011, then 88 more in 2012. With a healthy Longoria last season, the Rays may well have made the playoffs for the fourth time in the past five years. Instead, a major hamstring injury cost him three months, eventually triggering what the Rays termed a minor surgical procedure on November 20. Though Longoria gets plaudits for his middle-of-the-order bat, much of his value comes from his Gold Glove–caliber defense. He already figured to lose some of his vaunted range and athleticism as he progressed into his 30s; if his injuries persist, the Rays could end up moving him off third sooner than they’d like, which would cut into Longoria’s value to the club.

But here’s the thing: A few years from now, there’s a good chance we’ll look back at even a number like $100 million and wonder how the Rays secured the rights to their franchise player for so long and so cheap. Baseball’s revenue streams are exploding, with the new national TV contract funneling an additional $25 million a year into each team’s coffers starting in 2014. Local TV deals offer even more potential for riches. Guggenheim Partners bought the Dodgers in the spring for $2.15 billion, started flexing their financial muscle in earnest a few months later, and if the latest reports are accurate, might be on their way to a 25-year deal with Fox worth as much as $7 billion. That pact would follow mega-deals for the Rangers and Angels, with lower-profile teams like the Astros and Padres now on the verge of cleaning up, too.

The Rays have been out in front on many trends over the past half-decade, from loading the roster with undervalued defensive wizards to tacking on club options to every deal possible, even for relief pitchers approaching their 40s. But when their most recent TV contract expired in 2008, they whiffed badly on negotiating a new one, settling for a deal that didn’t fully capitalize on their shocking World Series appearance that year, nor anticipate the huge spikes in TV viewership that would ensue. To be fair, this was mostly a case of terrible timing: Baseball’s local TV revenue explosion was a couple years away from igniting, and you can only do so much salesmanship before your negotiation partner just points to 29 other teams and says, sorry, but we’re not crazy.

The good news here is that the deal negotiated in ’08 expires in 2016, by which point teams getting rich off cable companies’ burning desire to find live programming will have become an industry-wide trend. Richer teams like the Dodgers have already started spending ahead of that future windfall, but so too have mid-to-smaller-revenue clubs like the Reds. The going rate for a win on the open market now lies somewhere between $5 million and $6 million, depending on how this hot stove season shakes out. Given the combination of typical 5 percent per year salary inflation and the media revenue forces to come, it may very well cost close to $10 million by the time Longoria’s new contract expires in a decade. So even if you’re skeptical of a player who’s never posted a .900 OPS (Tropicana Field significantly suppresses offense, but still), derives much of his value from defense (good luck getting one publicly available measure of defense everyone can agree on), and has legitimate injury concerns, Longoria doesn’t need to perform like a superstar in the later years of the deal for the Rays to get good value on their investment. If he stays near his current level for the next few years, then ages into a merely average player by the time the next decade rolls around, that would be more than enough.

The Rays still have a thousand questions to answer this offseason. They might need up to five new everyday (or near-everyday) position players, with first base, DH, one outfield spot, one middle-infield spot, and half of a catching platoon open. They’ve got a surplus of starting pitching, and newly minted Cy Young winner David Price is a terrific contract extension candidate himself, assuming he’s willing. Again and again, the Rays have pulled off shrewd trades and contract extensions that have allowed them to build a perennial contender while spending less than nearly any other team. Whether or not they get a new stadium anytime soon, TV money’s about to give their bottom line a big boost. How they spend that money and add to the Longo-for-life deal will tell us a great deal about their ability to remain contenders for the foreseeable future.