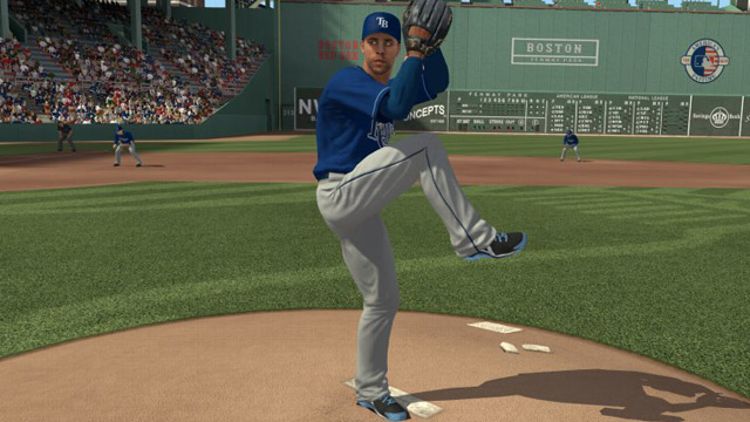 We recently got a chance to talk to Tampa Bay Rays ace (and 2012 Cy Young Award winner) David Price about MLB 2K13, having a dog named after a different American League team, and more.

Your face is all over the place now courtesy of being on the cover of MLB 2K13. Are you a huge gamer?

Click here for all of our interviews with fascinating people from the worlds of sports and pop culture.
Definitely. Huge gamer. I play a lot of Call of Duty, FIFA. Really, I like all of them. I come home and get on Xbox Live and play whatever my friends are playing. Friends from Vanderbilt, guys from home. Then later at night, when all the West Coast games are done, I can play all those guys in the league. When it’s a lot of us, we usually play Call of Duty, since you can have like six or eight guys on one team.

Once again, 2K Sports is offering $1 million for the first person to throw a perfect game in MLB 2K13. Could you do it?

Actually, I’m not really good at MLB at all. Maybe if I played it on super easy and was throwing balls and strikes, but I never do that. When I play with my friends we have a strike-only rule. Keeps the game going.

Any more incentive to face Mike Trout this season since the game only gave you a 98 rating? They gave Trout a 99.

They did? I didn’t know that. OK, he’s a pretty good player. We’ll see if he earns it, though.

I never thought of that. You know what? I guess they would.

You grew up a huge David Justice fan but never got to face him. What do you think would happen if you did?

He would be very tough, but being left-handed I would definitely have the advantage. You know, I would just throw him a few fastballs and see what he could do.

Which current hitter is the hardest to face?

It’s Dustin Pedroia. He’s so tough in the box. He sets up so far off the plate you don’t know what he’s going to do. Then he’ll hit the ball to all fields for power. Miguel Cabrera is another one, but Pedroia is the toughest.

The Rays have two giveaways to start the season. First, a Joe Maddon garden gnome, and then a bobblehead of your dog Astro. Which one looks more like the real thing?

The gnome is good, but Astro’s is dead on. Looks just like him, so I’m going with Astro. We both checked it out and approved of it.

That’s another thing. Astro? Why not Ray?

I can tell you, it’s not after any baseball team from Houston. It’s because I love The Jetsons. Astro is the best.

Dumb-last-question time: Who will win the World Series this year?

Fine. Who will you beat and in how many games?

We beat the Cincinnati Reds in five games. Evan Longoria gets the MVP award. I can’t get it unless I throw a no-hitter or a perfect game, but if it goes six or seven I’m going to say that I get the MVP.