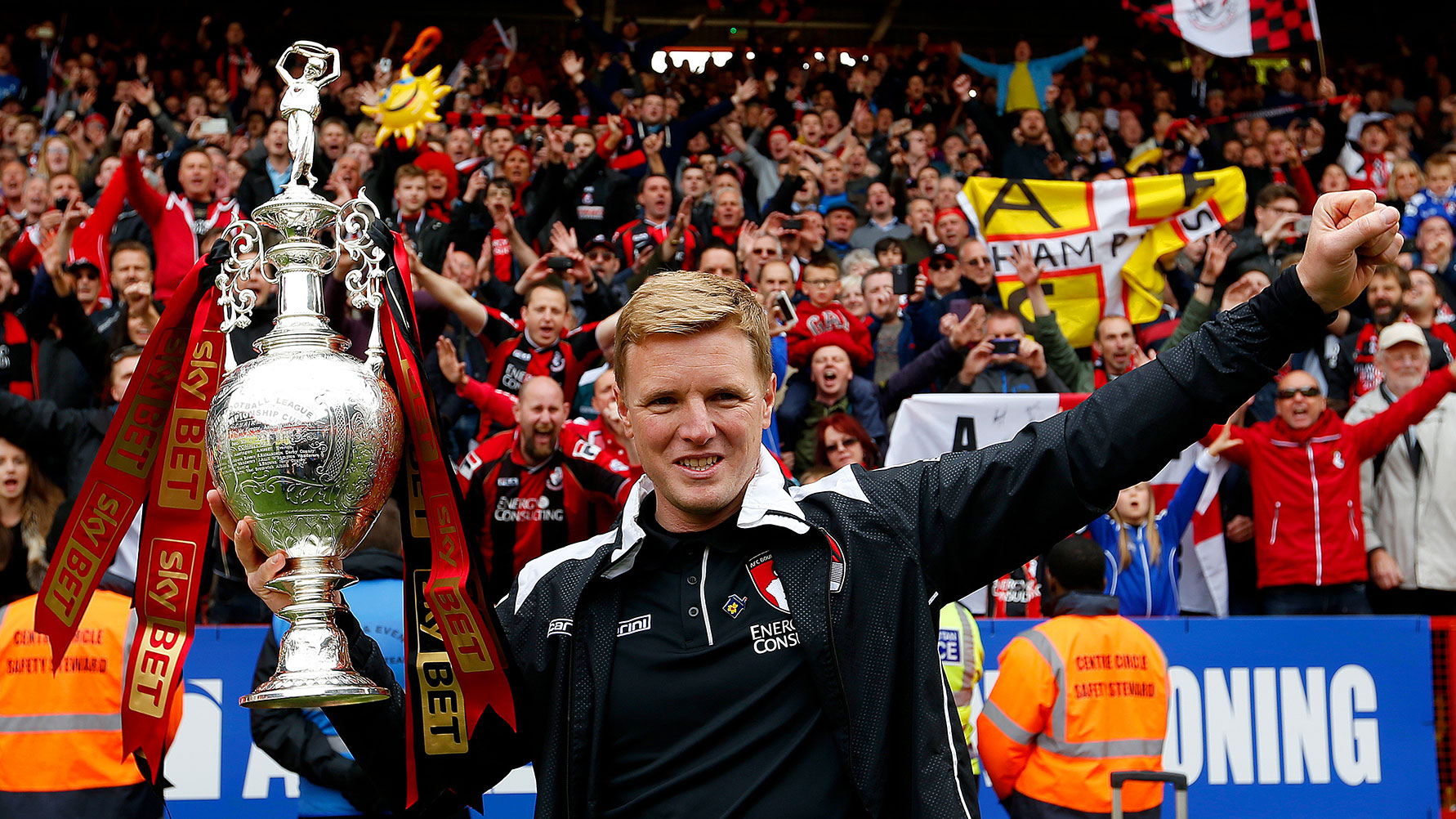 As recently as 2008, Bournemouth sat slumped at the very foot of the four levels of the English league pyramid. Of the 92 teams spanning League Two all the way up to the Premier League, the Cherries, who began the season with minus-17 points as a penalty for entering bankruptcy with £4 million worth of debt, were no. 92. Bournemouth weren’t just on the brink of dropping out of the division structure,1 but out of existence altogether. Seven years later, a club that recorded an annual turnover of just £5.1 million for the 2012-13 season will be flooded with about £120 million in additional Premier League revenue.

After Bournemouth’s 3-0 win against Bolton Wanderers at the end of April effectively secured the club’s promotion, manager Eddie Howe said, “I never really thought this would be possible, if I’m honest.” And considering the club’s recent history, it’s easy to understand why.

Now for the necessary caveat: Bournemouth are owned by a wealthy, publicity-shy Russian “petrochemicals trader” named Maxim Demin. He bought a 50 percent share of the club in 2012 and gained full control two years later. When the club earned promotion from League One in 2013, they spent more on transfers than anyone else in the division, and then they lost over £10 million in their first season in the Championship. Demin’s already given Bournemouth an £8.7 million loan, which the club will eventually have to pay back to him. Still, despite his presence, Bournemouth are by no means the next Chelsea (spending their way to the top) — and they don’t appear to be the next QPR (spending their way to near-disaster).

With the help of Demin’s financial boost, Howe’s side won the Championship on the back of a high-powered, fun-to-watch attack. In 46 games, they scored 98 goals, and at times — most notably, an 8-0 thumping of Birmingham City and a 4-0 victory over Huddersfield Town on opening day — they were absolutely devastating.

When he was appointed Bournemouth boss at 31 in 2008, Howe, who spent most of his playing career with the club, became the youngest manager in English soccer. Now 37, he’s hardly a managerial veteran, but he already boasts quite the résumé after winning the Football League Manager of the Decade award last month. Some have gone so far as to call him the “English Special One,” comparing Howe’s achievements with Bournemouth to those of Jose Mourinho with FC Porto.2 While there’s a long way to go before that comparison becomes even remotely plausible, the impossible expectations may have already settled into place.

In addition to the likes of Artur Boruc, who was just signed to a one-year deal, and Kenwyne Jones, who only made six appearances for the club, Howe has built his side around players with lower-league backgrounds. Top scorer and record signing Callum Wilson, who netted 23 times this season, was playing in the third tier of English soccer just last year, and captain Tommy Elphick has spent most of his career at the same level. Then there’s midfielder Harry Arter, a 25-year-old who was plucked from non-league obscurity in 2010.

The next 12 months will show just how sustainable Howe’s approach is at the Premier League level — both on and off the field. Will Bournemouth still attack like they did against the lesser lights of the Championship? Or will they be forced into a more reactive approach? Will the temptation to bolster a decidedly lower-league roster with expensive, top-tier transfer-market purchases in order to survive in the top flight prove too strong? Or will Howe stick with the players who have taken him this far?

The answers, of course, probably lie somewhere in the middle. And whatever happens, it promises to be fun to watch — if you can get a seat. A temporary grandstand erected to expand the club’s modest Dean Court stadium for a glamour friendly against Real Madrid two years ago still stands, and it will remain for next season’s Premier League campaign. Even with the auxiliary seating, it still only holds about 11,700 spectators. No additions are planned in the short term — not until Howe works his magic at least one more time.