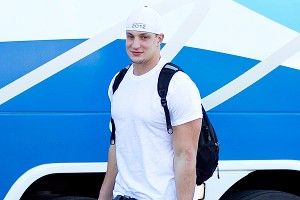 You never really know what you’re going to get with an athlete’s “official site.” Sometimes you get a really nuanced, emotionally transparent view into the soul of the man (like with Andrew Bynum’s blog). Sometimes you get exciting opportunities to buy official NHL gear, like the street bazaar that is BrianUrlacher.com. Then you get something like Gronk Nation, and the wonder and promise of the World Wide Web is made apparent.

Gronk Nation is the Web destination for all things Gronkowski Brothers. (Rob has two brothers who also play in the NFL: Dan and Chris.) You can cop a Yo Soy Fiesta T-shirt, to commemorate Rob’s classic ESPN Deportes interview, get up to date on various Gronk trends with the Daily Gronk, or purchase a wristband with the inspirational slogan, “Get Gronk’D.” Have some of that LiveStrong.

Gronk Nation is, ultimately, a multimedia experience. A Gronkowsi theme song auto-plays (no, you don’t get to choose) when you visit the site. It’s called, funnily enough, “Gronk Nation,” and it’s by a rapper named “Future.” Unfortunately it’s not Astronaut-Status Future: 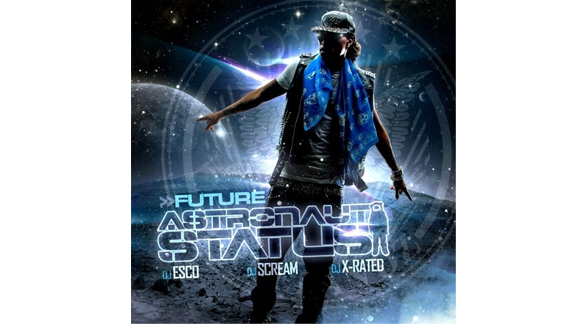 It’s some other dude. Over a beat I will generously describe as “preset,” we are treated to an extended sample of Roger Goodell announcing the New England Patriots trading for the 42nd pick in 2010 NFL draft to pick Rob.

Future does some method rapping here, assuming the character of Rob, spitting true-life knowledge jewels like, “High-five to Tom Brady. I advise you watch out for no. 7, plus 80.” You see, because Rob Gronkowski is no. 87. That’s the revolution right there.

This is obviously a kind of old song, because the Chris Gronkowski verse is all about getting passes from Tony Romo. Chris plays for the Colts now. But then, isn’t all great music timeless? So is this website. May it live forever.