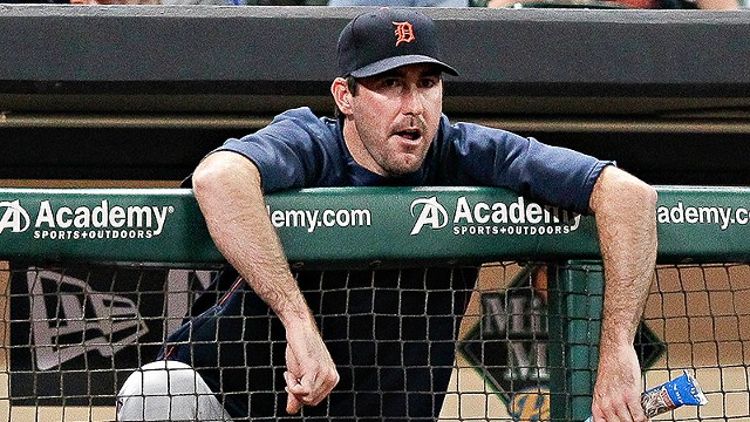 Sportswriters love telling people how unbiased sportswriters are, and a big part of that is rooting for stories, not individual teams. That’s pretty obvious. It’s much easier and much more fun to write about an unusual defensive play, or a no-hitter, or a walk-off hit, than it is to write about an arduous 12-5 yawner that stopped being close after the third inning.

And it’s not just writers who do this. Even without the professional self-interest, fans want to see the underdog overachieve. They want to see the unusual, the exciting, and they want the drama and uncertainty to last as long as possible.

So in the spirit of lasting drama, everyone ought to be rooting as hard as they can against the Detroit Tigers.

The Tigers are kind of old news, with two consecutive division titles in their pockets. They rely heavily on slow guys who walk and hit home runs (and if you’re going to do that, Miguel Cabrera and Prince Fielder are two pretty good slow guys to have), and they’ve got a starting rotation that might be better than all the other rotations in the division. To balance those strengths come two glaring weaknesses. First, the bullpen has been quite good so far this year but is built on a foundation of quicksand. Second, they have the kind of defense one might expect when a lineup has a lot of slow guys who walk and hit home runs.

Now, none of this makes the Tigers particularly objectionable. The reason you should root against them is that they’re by far the best team in baseball’s worst division, and they’re starting to pull away in the standings.

With Justin Verlander taking a no-hitter into the seventh inning yesterday, Detroit has now won four in a row and nine of its last 10. After spending three weeks on the same win-one-lose-one track as the Minnesota Twins, the Tigers are starting to play like the World Series contender everyone expected them to be. And again, that wouldn’t be all that worrisome, except their closest competitor so far is Kansas City.

Sure, the Royals have a great bullpen and a few really exciting up-and-coming hitters. In the coming years they will probably be serious playoff contenders. This year, though, they’re going to give Jeff Francoeur 600 plate appearances and they have one reliable starting pitcher compared to Detroit’s four. The Royals are half a game back in large part because Jeremy Guthrie and Ervin Santana are rolling around with ERAs of 2.40 and 2.00, respectively. And while every team has a couple guys playing over their heads right now, at some point Guthrie and Santana are going to look back at the smoldering rubble of Sodom and Gomorrah and turn into pillars of salt.

The greater threat to the Tigers, at the start of the season at least, might have come from the Cleveland Indians. The Indians went out and got Nick Swisher and Michael Bourn at bargain-basement prices this offseason and folded them into a lineup that’s long on strikeouts, short on the kind of superstar bat that Fielder and Cabrera represent, but as deep as any in the division. The Indians have great outfield defense, thanks to playing three guys capable of patrolling center on most days. They also have about as bad a starting rotation as you could reasonably expect to find nowadays. In spring training, you could see enough upside in Trevor Bauer and the potential return to form of Ubaldo Jimenez to talk yourself into Cleveland making a run. The flip side, however, is that the Indians are now in a position where losing Brett Myers is a death sentence.

So if the Royals are teetering on the edge and not enough of Cleveland’s gambles have paid off, who will challenge the Tigers? The Twins, whose fans are already preparing for the arrival of Miguel Sano and Byron Buxton some years down the road? The White Sox, who took the Tigers to the wire last year but are on a Viking ship ride of season-by-season inconsistency? Inconsistency, it bears mentioning, that’s made worse by the possibility that Paul Konerko and Adam Dunn may not actually be alive anymore, and are instead real-life re-creations of the steam-powered zombies from Sucker Punch.

Maybe it’s greedy to ask for a down-to-the-wire race for every playoff spot. Maybe the first full week of May is too early to start worrying about what the playoff landscape will look like in August. But we’re at a point right now when the next time the Tigers win nine games out of 10, they’ll wind up boat-racing the Royals and Indians, and nobody will pay attention to a division that Detroit will end up winning by 15 games.

Video: How Wives and Girlfriends Are Separated at NBA Games