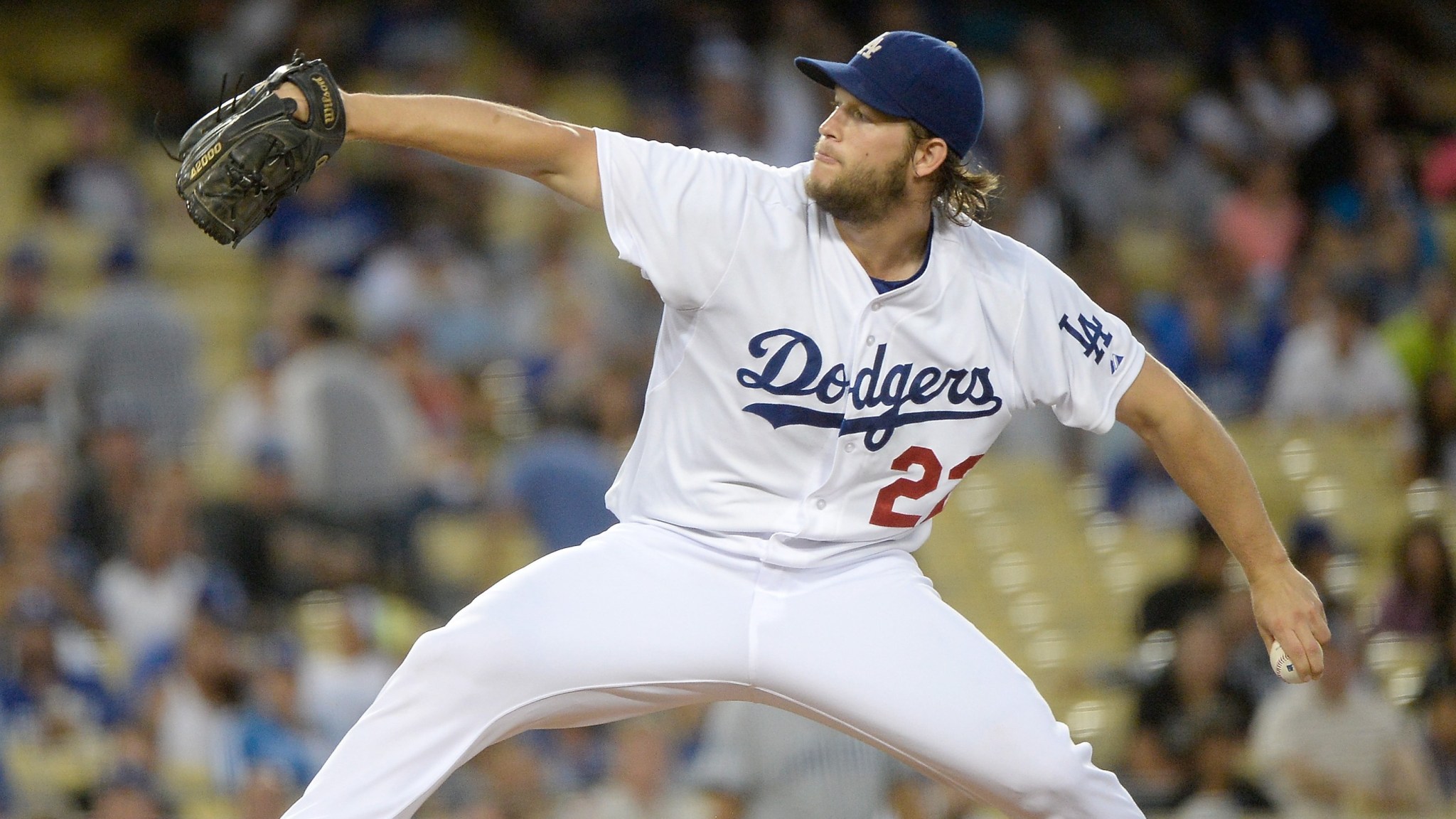 Oh man oh man oh man oh man. This is the biggest moment in PitchCraft history, and I’m afraid I’m not worthy. Clayton Kershaw is the greatest pitcher of our generation, a force so dominant that even a historically great ace like Felix Hernandez stands in his shadow. Kershaw has already won two Cy Youngs, and he’s going to easily win a third in 2014 (two months ago, I predicted Kershaw would duel with Adam Wainwright for the honor; since then, he’s been a runaway train). If his mission is to be the greatest pitcher of all time, the 26-year-old is off to a hell of a start.

He’s tops in everything. Advanced metrics, unadvanced metrics, caveman metrics. The only place he’s not no. 1 is total strikeouts, which only matters insofar as it’s one of three categories he needs to win the Triple Crown, and in that category he trails only Stephen Strasburg and Johnny Cueto. Everywhere else, from K/9 to wins to WAR to FIP to ERA (a stupid 1.67) to WHIP to opponent average (a stupid .186), Kershaw is king.

Breaking down his greatness is a monumental task, but we have to try. PitchCraft is afoot.

I want to draw your attention first to the horizontal movement, which is so low that you might guess the pitch travels relatively straight. Au contraire, my friend. In fact, Kershaw is incredibly unique because his “straight” fastball can travel in either direction. Check out this pitch, a ball to Chase Headley:

A lefty almost always generates leftward tailing action on a fastball, even if that action is minimal, and a righty fastball goes right. It’s a natural byproduct of the throwing motion, but this pitch goes almost three inches to the right for Kershaw. The two tempting explanations here are (1) it’s a cutter, or (2) it’s a faster-than-normal slider. But Kershaw doesn’t have a cutter, and the ball stays too high, with a vertical movement of about 13 inches, to be confused for either a slider or a cutter. We see this again and again in Kershaw’s repertoire, to the point that we have to conclude something pretty incredible:

He can make his four-seam fastball go in either direction.

Look at this chart from Headley’s at-bat as an example. Those three dots at the top are fastballs. The green one is from the GIF above, and it travels right, in on Headley. The red one is almost perfectly straight, and the orange one, a rare sinker, goes about seven inches left. Here’s a similar example from when Kershaw faced Ryan Howard in May. The point is, Kershaw apparently has a talent for unpredictable movement that’s incredibly rare, even in the major leagues. That unpredictability is important, because in terms of usage, he’s incredibly predictable. First pitch? It’s a fastball 85 percent of the time. Batter ahead or count even? Still, 70 to 80 percent. But when Kershaw’s ahead, especially with two strikes, the usage drops drastically. When you get behind this man, you’re getting junk.

The other notable aspect of this pitch is that the vertical movement is extremely high, meaning the ball itself doesn’t drop as much as it should in comparison to gravity. He has the seventh-“highest” fastball in MLB, which is why you often see batters swinging underneath the heat.

In summary: The four-seam doesn’t obey normal laws of physics, and somehow it can go left or right. Good luck!

Despite the weirdness of the four-seam, the slider and curve are the real stars of the show. Batters are managing a paltry .130 average (.212 slugging) against the slider, even though, again, the usage isn’t super surprising. It’s a two-strike or pitcher-ahead weapon, and though it doesn’t drop an awful lot compared to other MLB sliders, it drops a lot in comparison to Kershaw’s fastball, and that’s what really matters. Most important of all, it’s fast — fourth-fastest in baseball — and the slight 5 mph dip from the fastball means the two blend incredibly well. Batters read fastball, and they get seven inches of drop instead. It can make them look really, really stupid. Watch him fool Marlon Byrd twice in the same at-bat:

Unlike the four-seam, the final location of the slider is pretty uniform — always low, mostly right (note that those charts, annoyingly, are from the catcher’s point of view). This is a whiff pitch; he’s generally not trying to throw it for a strike. It works, too, with only Ervin Santana getting more whiffs per swing. When batters do put it into play, Kershaw gets the fourth-highest ground-ball rate in the game, a measure of how much it looks like the fastball, and how often batters are swinging over the top.

In my book, this is the most gorgeous pitch in baseball. Oddities aside, Kershaw is a three-pitch man, and this one is by far my favorite. Like the slider, it’s a two-strike or pitcher-ahead offering, and though he’ll throw it for a sneaky looking strike early in the count once in a while, it’s mostly going to end up low. Once again, we see a high whiff rate, low average and slugging (.118 and .182, both top five), and a put-away number (percentage of two-strike pitches that end in strikeouts) topped only by Strasburg and the injured Jose Fernandez.

Comparatively speaking, this differs from the slider in both speed — it’s really slow, the only true change of pace in Kershaw’s arsenal — and vertical movement. The latter element is what makes it look so good; factor in gravity, and this sucker drops almost 60 inches. So the next time you hear someone say “that thing broke five feet!”, you can nod your head. In Kershaw’s world, even exaggerations fail.

And now, the greatest GIF of the season:

At first, I suspected that these two pitches were the same thing, but a Google search revealed that he has indeed tried to develop both pitches. Neither has ever stuck, and his relationship with the changeup has been particularly fraught, to the point that it became an inside joke between him and a journalist. And here’s a description from a 2008 scouting report on Kershaw, when he was still a prospect:

Change-up—This is a pitch Kershaw is still honing. The pitch shows a solid fading action and he shows good feel for throwing the pitch, but he has to work on keeping the same arm speed he uses to throw his fastball; he has to do a better job of selling the pitch. By most accounts, he has made tremendous strides in improving his changeup since being drafted in 2006.

As you see by the usage numbers, nothing has really changed. Here’s the one whiff he managed all year on either pitch. This one, technically, was a sinker:

If you needed another reason to love Kershaw, it’s that he threw a lazy 60 mph eephus exactly once this year, on May 11 to Angel Pagan, for a befuddling strike. For the record, this one broke 79 inches, or about six and a half feet. Bless you, Clay-man.

1. The fact that he can’t throw the changeup means he’s a weak-willed coward.

2. The fact that he hasn’t won a World Series ring shows he’s a diva who puts himself above the game.

3. The fact that he doesn’t play for the Yankees means he’s not a true Yankee.