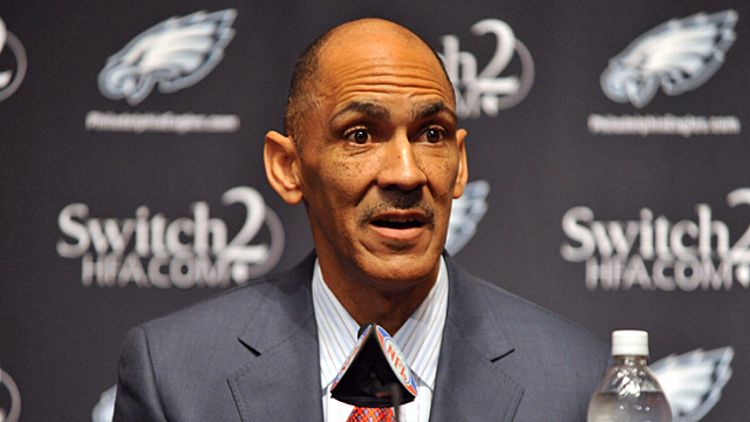 Lane Kiffin was fired as USC’s head football coach on September 29, and by now, you’ve probably heard of the alleged con artist who impersonated a USC official and called Tony Dungy and Broncos defensive coordinator Jack Del Rio, pretending to discuss the football team’s coaching vacancy. Dungy revealed he had been contacted on a national radio show, and it led to an awkward moment when USC athletic director Pat Haden was forced to release a statement saying the calls were a hoax.

As it turns out, those incidents were just the tip of the iceberg. Grantland has received the audio of these two calls, along with several others involving prominent football personalities, and today we’re running the unedited transcripts. (Ahem: Please note that these transcripts are entirely fake.) We begin with Dungy.

Impostor: And a good morning to you, coach! My name is Francis Dunkirk IV, scion of the original Francis Dunkirk and heir to the Dunkirk shipping empire. I’m also, as it happens, head of the football coaching committee at the University of Southern California. How are you on this lovely morning?

Impostor: Coach, one thing we’ve always admired about you is that you are a consummate football man. A gentleman of the gridiron. A patron of the pigskin, if I may!

Impostor: You were born with the very turf in your teeth! Or so the legend goes.

Impostor: Indeed, indeed! Tell me, can we interest you in the position of head football coach here in sunny Los Angeles?

Dungy: Wow, that’s quite an offer. And I’m flattered. But I’m very happy with NBC, and I think my coaching days are behind me.

Impostor: Ah, but you are young at heart! Just think of it, coach: Money like you’ve never dreamed! Women throwing themselves at your door! Literally throwing themselves, coach, to the point that when you open your door in the morning, it will be difficult because of all the women who have injured themselves and lie wounded on the very threshold! A portico of dazed suitors, sir! No egress at all, not for the likes of you! You’ll have to call the fire department! Can you imagine such a thing?

Dungy: That doesn’t sound good at all.

Impostor: I can offer you a $900 signing bonus.

Impostor: Together we shall burnish this dull squadron and bask in the reflected glow! Make that $1,100! Goodness, how my enthusiasm grows!

Del Rio: This is Jack.

Del Rio: Who is this?

Impostor: Farvel “Moneyman” Plinth. You’ve never heard of me, stud, but I’m the guy who pulls the strings at USC.

Del Rio: Did you say Farvel … was it Plinth?

Impostor: You got it, animal. I’m the Moneyman.

Del Rio: And what do you want?

Impostor: I want you, you freak. I want you on the sidelines, making Lane Kiffin look like yesterday’s dead dog.

Del Rio: I’m sorry, is this a formal offer?

Del Rio: What the hell is going—

Impostor: Get on a plane, you beast. Get on a plane to Los Angeles and I’m going to make you a fucking star. Why am I doing it? Because you are entirely made of silk.

Del Rio: I think I’m going to hang up.

Impostor: I can offer you a $400 signing bonus and a bed in a Compton railroad apartment for three months, no utilities included. That’s a Moneyman promise, you absolute monster.

Impostor: Well, I was hoping to talk to you—

Impostor: My name is Harpo Collins—

Belichick: You have 10 seconds.

Impostor: I want to offer you the job at—

Kiffin: This is Lane.

Impostor: Coach, this is Jepson Little, assistant to Pat Haden, calling on behalf of Pat Haden. How are you today?

Impostor: Absolutely. Pat’s had time to think about your conversation after the Arizona State loss, and he realized he made a big mistake, and he was hoping we could make this right.

Kiffin: The answer’s yes. I’ll take the job back. No hard feelings.

Impostor: Oh no, I’m sorry. What I meant was that when he fired you, he also wanted to call you a “mewling little infant.” Or, wait, no … hold on, sorry … I wrote this down … here we go … “a mewling little toad baby.”

Kiffin: Are you serious?

Impostor: Actually, I’m looking at this again, and I think I was supposed to choose just one. That’s my fault.

Impostor: I guess I choose “a talentless man-child bleating for mama.” I like that one.

Kiffin: You know what? You can go to hell.

Impostor: “Not unless we hire you back.” That’s from Pat. Again, I’m reading those words. That’s what he told me to say in the off chance you said “go to hell.” And it happened! Weird, right?

Impostor: Coach, good morning. My name is Sonny Alfonso, and I’m excited to be calling from USC to offer you the head coaching position with the Trojans.

Saban: In your voice there is the false confidence of the jester.

Saban: The hint of human weakness. It’s like the smell of blood to me, “Sonny Alfonso.” A lifetime of laughter to disguise pain, but also weakness. You have been afraid to try.

Impostor: No, I want offer you—

Saban: You offer me nothing but a hunt.

Impostor: What … what does that mean?

Saban: From your accent, I place you in Northern California. Not a city … no, you lack the savoir faire for that. A suburb, but not of San Francisco. North of Oakland, I’d say.

Impostor: I’m getting sort of freaked out here, coach.

Saban: You’re smart, in the book sense, but you have no guts. Perhaps you attended Stanford, but never graduated. Never even made it a year, did you? Dropped out in February, with the second-semester blues.

Impostor: Coach, this was a prank phone call. I’m sorry this is a prank, but—

Saban: But then you never had it in you! You were a failure before you stepped out the door!

Saban: You weren’t special anymore, so you quit! The pride of the family returned with his tail between his legs! And now, judging by the tone of defeat in your voice — aged just past the point of hope — you’re now 29 or 30. You sit in your room in … Lafayette, California, I’d say—

Impostor: [Whispering to someone.] He guessed my town!

Saban: I will guess more before we’re through, sir! You live with your parents! You’ve never had the ambition for a real career, but you’re sharp enough on the phone, which means you probably work with a telemarketing firm somewhere in Lafayette or Orinda!

Saban: A simple search of first-year Stanford dropouts from Lafayette between the years 2000 and 2003 should reduce the list, and from there it will be a mere formality … Kyle? Seth? Jesse? Have I guessed your bland, ’80s suburban name yet, Sonny?!