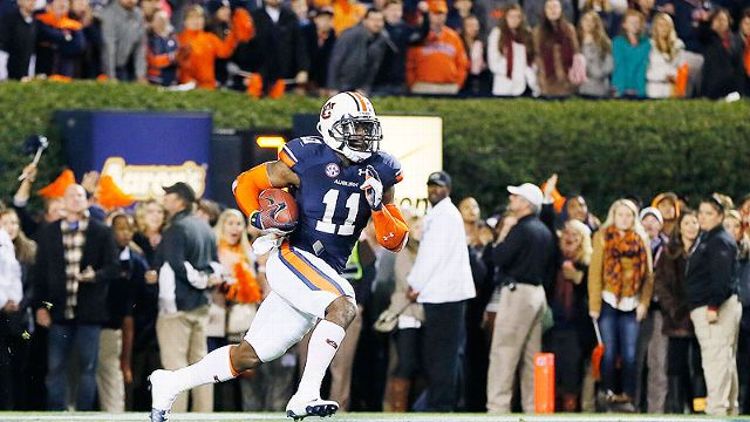 On Saturday, after Ohio State’s nail-biter against Michigan and Auburn’s thrilling upset of Alabama, the BCS debate began in earnest.

I asked six bookmakers: What would you make the spread between Auburn and Ohio State on a neutral field? Only one of the six would favor Auburn. Southpoint’s Jimmy Vaccaro felt the strongest about Ohio State, making the Buckeyes a 4-point favorite in this hypothetical matchup.

The most likely BCS title matchup is open for betting: Florida State is currently favored by 9.5 points over Ohio State (at the Golden Nugget). This is no hypothetical point spread: The Nugget is taking up to $3,000 bets at this number, with refunds for all if these two teams do not face off. Before the most recent weekend, the spread on this same matchup was the Seminoles favored by only 6.5 over the Buckeyes. Obviously the market is reacting — with a significant three-point adjustment — to Florida State’s continued domination and Ohio State’s close calls.

The team Vegas considers to be the best in the country needs a miracle to make the title game. Polling the same six bookmakers, Alabama would still be favored against any team in the country. Five would make the Tide clear favorites over Florida State, with Bovada’s Kevin Bradley being the only exception. If you disagree, keep in mind that Vegas isn’t always right … but it’s always willing to bet you that it is!

Mark Richt, the Carousel, and the Difficult-to-Define 'It' Factor