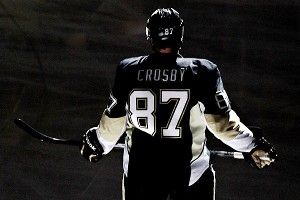 “It’s just frustrating,” Sidney Crosby told reporters last Monday. “You kind of hear the same things coming out of the meetings all the time … it’s almost to the point where you don’t want to ask because you know you’re going to get the same answer you got a week before.”

The NHL’s biggest darling had just come off the ice in Pittsburgh, but it wasn’t after a game — the Penguins were originally scheduled to play three last week — or a team practice. It was just a stay-in-shape skate, Crosby biding his time, spinning his wheels like a hamster. Like everyone else involved in or affected by the NHL’s collective bargaining dispute, all he’s been doing these days is running in place.

After six consecutive (and mercifully quiet) days at the bargaining table in early November brought some hope that the league could be back by Thanksgiving, talks had broken off abruptly last Sunday amid rumored raised voices and player-on-owner (and player-on-commissioner) shouting matches. The next day, with things at a standstill, Crosby weighed in.

“There’s no reason we can’t figure something out,” he said. “I really want to be optimistic. It’s not easy right now. It’s just a roller coaster. One day you think there are great talks, then the next day they met for five minutes and it’s done.”

The ride has only gotten more nausea-inducing since then. After it came out that Gary Bettman had floated the idea of a “two-week moratorium” to NHLPA boss Donald Fehr, all hell broke loose — jolting everyone through enough dips and false turns that we might as well have been at Six Flags. (Though I think the league’s CBA process would make for a better ring-toss game than a roller coaster: It sure does seem to be fixed so that no one ever wins.)

Bettman later protested that the suggestion had been taken out of context and was just part of a conversation. I actually don’t doubt that, but it didn’t stop things from getting pretty personal. Detroit Red Wing Ian White told reporters about Bettman, “I personally think he’s an idiot.” In response, TSN NHL columnist Darren Dreger tweeted that it “required an apology,” and was promptly disparaged by fans (and a number of players) for being an NHL mouthpiece. He’s yet to render a judgment on the Florida Panthers’ Kris Versteeg calling Bettman and Bill Daly “cancers” who have been “polluting the league for too long,” though.

The war games continued. The NHLPA innocently protested “But we’re so close to an agreement!” while the NHL put together charts intended to show just the opposite. (I found the numbers to be a little bit misleading — I doubt the players are going to demand their full salaries for a partial season — but then, intentionally clouding the picture when it comes to finances has long been a talent of professional sports franchises.)

On Saturday morning, at last, the hockey world woke up to a small ray of light. A report by the Philadelphia Daily News‘s Frank Seravalli floated the idea, based on “multiple sources,” that Philadelphia Flyers honcho Ed Snider, one of the most influential and thought-to-be-hawkish owners in the league was beginning to turn on Gary Bettman.

It was intriguing news: Might Snider become the NHL’s version of football’s Bob Kraft and John Mara, who were credited with building a coalition to help end their lockout last year? Fans of rival Atlantic Division teams began wondering how to navigate a world in which Snider might be … the good guy? But they didn’t have to think about it for too long: The 79-year-old quickly issued a stern statement that the report was “erroneous.” In an interview yesterday, Bettman went even further, calling it a “fabrication.” (Bettman knows from fabrications: In the same interview he said “By the way, I love the players.”) Seravalli stands by his reporting.

But if there’s one thing the last week has shown, it’s that neither side is a unified bloc. There are owners who want to be dropping the puck in December; Seravalli’s story identified the Pittsburgh Penguins as the type of “profitable mid-market team” — and one with superstars in their primes — that is probably trying behind the scenes to move things along. (That’ll take some doing; the way the system is structured, Bettman needs only eight votes to confirm his edicts, and since the league owns the Phoenix Coyotes, that number is more like seven.)

By the same token, there are players who don’t care a lick about haggling to death over the “make whole” provision. As Craig Custance points out, the situation for soon-to-be free agents like Corey Perry is wildly different than it is for someone like Zach Parise, which is why player-contracting particulars are important. The longer this drags out, the more these small stress fractures will begin to cause a limp — although maybe that’s what it takes to finally get something done.

For months it has gone on, all this squabbling and distrust and allegations and biases and finger-pointing and andandandand. Crosby’s roller coaster analogy was apt, but by this point the whole situation has begun to resemble the plane housing the going-down-in-flames Rihanna 777 Tour. If you haven’t followed this near-apocolyptic nightmare, just know that on Sunday, a fed-up Australian reporter streaked up and down the aisle; disgruntled passengers began chanting taunts at Rihanna, hidden up in first class; and comparisons to both Lord of the Flies and Con Air began to appear.

I feel bad for them, those shell-shocked folks on that lurid liner, because I know exactly how they feel. They’re all being held hostage by the very thing they’re just trying to love.

What’s the latest? The league and its players’ association met last night in New York. Right now there are two main structural issues on the table: the revenue split (the players’ side is currently asking for fixed dollar amounts based on certain growth assumptions, while the league wants it to be done on a linked percentage-of-revenue basis) and the player-contracting issues (which range from free-agency age to restrictions on contract length to how to handle “back diving” deal structures of recent years). The union says they can’t address the specifics of the latter until they know what they’re dealing with in terms of the former, while the league says they don’t even know what the NHLPA wants unless they’ll submit a comprehensive proposal that sets forth a platform for all the issues. The union appears to be taking today to discuss that, and it’s thought that the two sides will meet again Wednesday.

One bit of news that may scare you: Teemu Selanne, the Finnish Flash with the finest ‘stache, said he would “probably” retire in the event of no season. WE CANNOT LET THIS HAPPEN, PEOPLE. #TeemuForever

One bit of news that may soothe you: Overlooked in Seravalli’s incendiary Daily News report about Ed Snider was this gem:

The Flyers have also proposed the use of a high-profile mediator to help smooth things out. Former President Bill Clinton’s name has been kicked around, which does not make a whole lot of sense, though, given Snider’s conservative political ties. Neither side has officially asked for the use of a mediator.

Imagine a re-creation of this iconic photo with Gary Bettman on one side and Don Fehr on the other?! Elliotte Friedman points out that there is a connection — Penguins president David Morehouse worked in the Clinton administration. Bubba does love him some hockey!

Proper panic level at this point? It will be interesting to see what happens now: Will the players’ union agree to start thinking in percentages and the league agree to soften some of their contracting stances and throw in the Olympics and call it a day? Ha ha, probably not. More likely is that the league will present a hard-line proposal that will raise tempers once more, and we’ll be at a new impasse that won’t get revisited until after Thanksgiving. Still, my panic level is pretty much the equivalent to Saul in this week’s episode of Homeland. I’m sickened, but I’m also stroking my beard with mild intrigue and being all, “Come on, let’s let them go to work.” Actually, I guess that’s just kind of Saul every week.