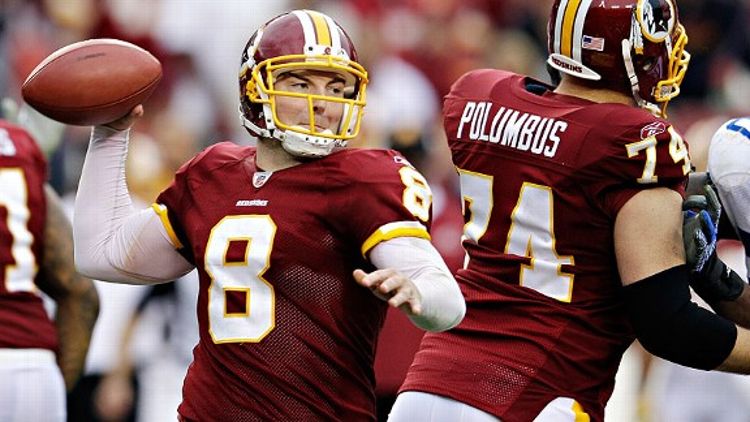 Hey you, yeah you with all the disposable income. You know what stimulates the economy? Casual sports gambling! But we’re not throwing you in the deep end without some floaties, here. The Triangle has contracted two of Vegas’ most astute handicappers to help you navigate the choppy waters of gambling, going into this 13th week of the NFL season. Here’s what they had to say.

New York Jets at Washington Redskins — UNDER 38.5
With Washington quarterback Rex Grossman back in charge, the Redskins have actually scored their fair share of points the past two weeks. There’s still good reason Grossman was benched in the first place, though, and Washington will find it tough to score against the top-notch Jets defense. Jets quarterback Mark Sanchez remains average at best and his four-touchdown game last week was a complete aberration.

Green Bay Packers at New York Giants — OVER 52
The Giants lose Osi Umenyiora for this game and their secondary has been depleted since the start of the season. The Giants offense can strike back, while the massively underrated Desmond Bishop is very doubtful.

Indianapolis Colts at New England Patriots — OVER 47
It can’t get any worse for the Colts offensively, right? They have benched Curtis Painter, who was dreadfully ineffective. In Dan Orlovsky we trust! Meanwhile, the Patriots can simply score at will in this contest as they run it up on the Peyton Manning-less Colts.

Now 22-13-1 on the season. Follow all of our handicapping selections at FootballWinners.com.

Oakland Raiders at Miami Dolphins — UNDER 43 1/2
Oakland hasn’t surpassed 27 points in any of its last eight games as the early season outputs of 35 and 34 against Buffalo and the Jets are looking like an outlier. No Miami game has surpassed this total since opening week against the Patriots.

Baltimore Ravens at Cleveland Browns — UNDER 38
Baltimore road games have averaged 36.8 points per game this season. The last four meetings in this series have averaged 31 points per contest. No opponent has scored more that 27 points against the Ravens this year. In the last three games in the road-favorite role, Baltimore has permitted 22, 12 and 7 points. Cleveland’s highest point total produced in any game this year has been 46. At home, the Browns have seen final point totals of 24, 25, 9, 44, 33 and 44 points. The last two home games in this series have produced scores of 20-10 and 16-0.

Green Bay Packers at New York Giants — UNDER 52 1/2
The Packers have three extra days to prepare, which should benefit the defense. Only two teams all season scored more than 27 against Green Bay and both those teams have a better offense than the Giants. The Packers have held four of seven opponents to 15 points or less. This line is inflated because of New York’s poor defensive effort Monday night. That game had a lower total in a game with a lesser defense that was played in a dome. This game is being played against a better stop unit in swirling winds and weather.

Filed Under: NFL, Swimming With the Sharps