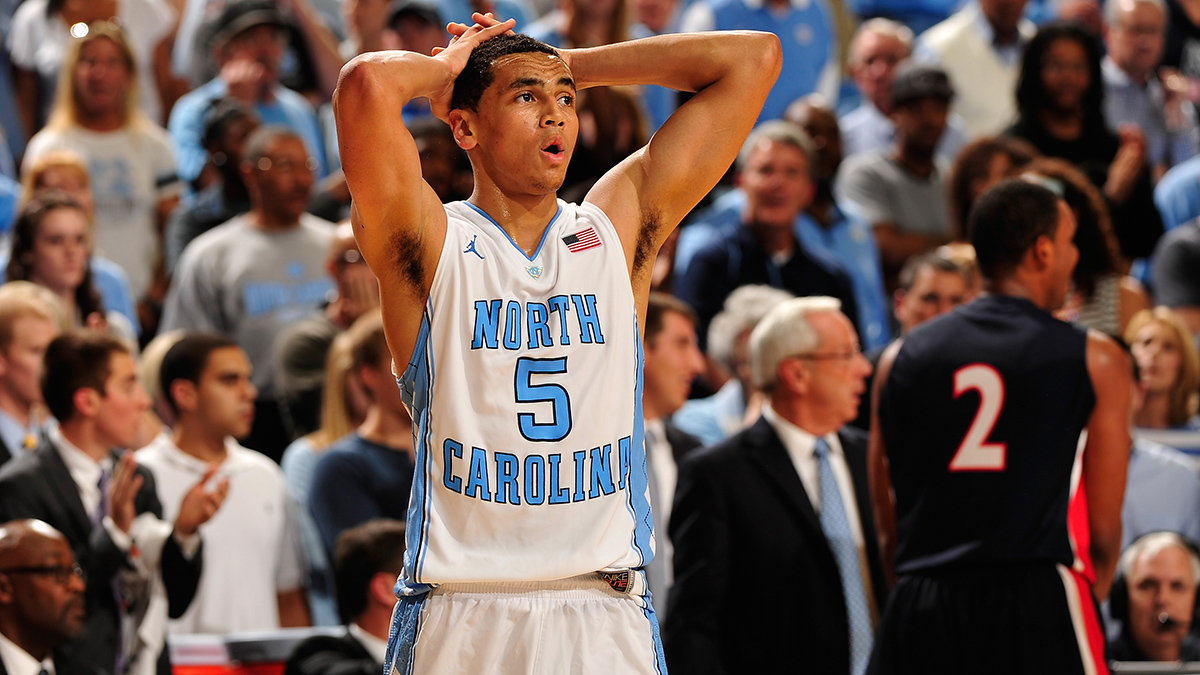 We’re restarting the Triangle All-Star machine for the rest of the college basketball season, and you’re lucky enough to be here for this year’s first installment. I’m choosing to start things off on a down note — not because I’m a cynical guy, but because this is a category that needs to be addressed, and I’d rather get it out of the way sooner than later. Trust me, there’ll be plenty of time to have fun with “best dunkers,” “best haircuts,” and “best players named D’Angelo” (will Harrison or Russell take the top spot?!?).

That said, let’s examine this season’s college basketball Underwhelming All-Stars. Since I’m sure to strike a nerve with fans of the teams these guys play for, let me state very clearly that I don’t think these guys are bad basketball players. But these are the guys who, before the season, projected as contenders for player of the year awards in their conferences or on a national level, and now they aren’t even in the discussions. Some have valid excuses; others don’t. But they’re all alike in that they haven’t taken the college basketball world by storm like I thought they would.

Paige is the captain of the Underwhelming All-Stars, primarily because he was a preseason AP first-team All-American and now he’s probably not even North Carolina’s best player. To be fair, though, my timing could be better with this selection, since Paige just had one of the best games of his career at North Carolina State Wednesday,1 and last weekend he hit the game-winning shot against Louisville. Honestly, Paige hasn’t been that bad this year. Take away the Butler and Iowa games and he might not be an Underwhelming All-Star.

But Paige was expected to be the best point guard in the country. Conventional wisdom said that if he could put up 17.5 points and 4.2 assists per game like he did last year, when he was Carolina’s only perimeter threat, this year he’d be unstoppable. The additions of Theo Pinson, Joel Berry, and Justin Jackson, along with Nate Britt’s realization that he’s been shooting with the wrong hand his entire life, were supposed to give the Carolina offense more threats and make it tougher for defenses to focus on Paige. The game was supposed to get easier for him, and his production was expected to improve. Instead, his stats have dropped significantly across the board, Carolina has been somewhat disappointing, and Paige didn’t make the Wooden Award midseason watch list. 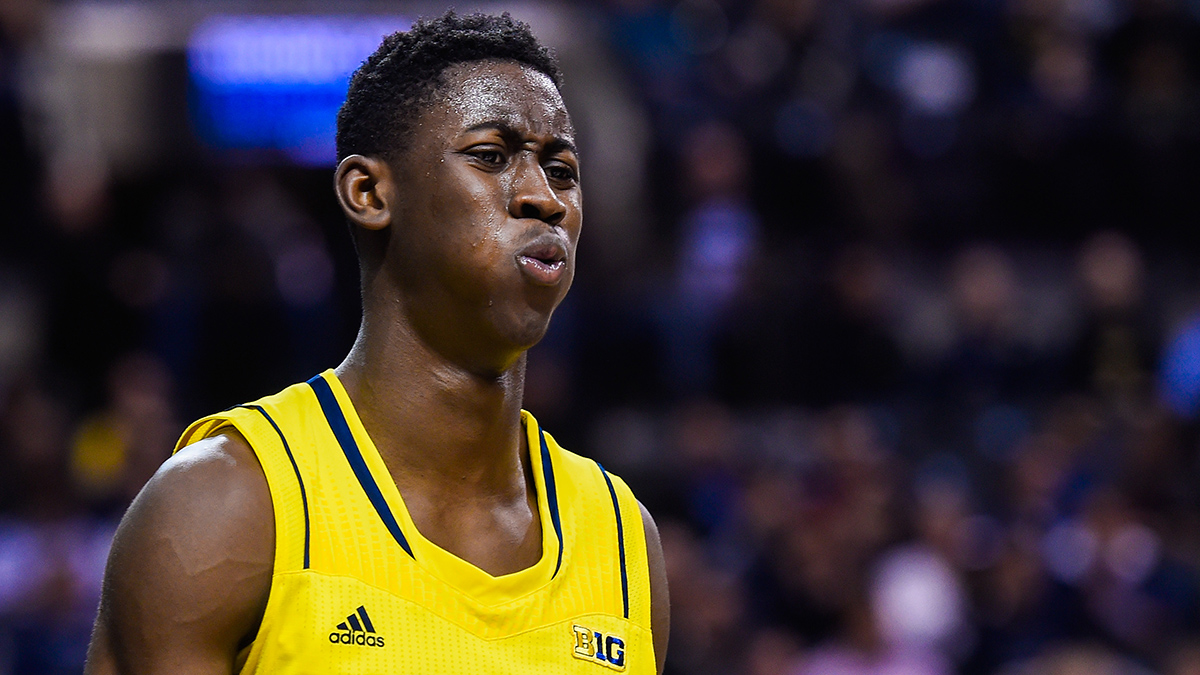 Over the last two seasons, Michigan basketball somehow turned itself into a factory that brought in unheralded recruits, turned them into All-Americans, spit them out, and repeated the process with the next batch. In 2013, Trey Burke was the do-everything stud, Nik Stauskas was the up-and-comer waiting to explode, and LeVert was a promising freshman. Then Burke went to the NBA and everyone moved up a spot. Last season, Stauskas became the do-everything stud, LeVert was the sidekick whose potential everyone agreed was sky-high, and Zak Irvin was the promising freshman. So with Stauskas taking off for the NBA this season, it was easy to assume that Michigan wouldn’t miss a beat. LeVert would take Stauskas’s spot, Irvin would take LeVert’s spot, and Kameron Chatman would be the promising freshman. Simple enough, right?

Instead, Michigan is 10-7 with home losses to NJIT and Eastern Michigan, and LeVert has been unspectacular. Don’t get me wrong — LeVert still leads the Wolverines in scoring, rebounding, assists, steals, and blocks, so pinning Michigan’s troubles on him is completely unfair. Besides, this season projected as a rebuilding year anyway, with Michigan only bringing back one interior player, Max Bielfeldt, who averaged less than five minutes per game last season. But Michigan still had LeVert. No matter what happened around him, LeVert was expected to light up the scoreboard and single-handedly lead the Wolverines to a couple of rousing upsets. Only that hasn’t really happened.

How many times have fans outside the Big Ten heard LeVert’s name this season? He was supposed to be one of the breakout players in college basketball. But what has he done to merit the attention he’s received? Burke and Stauskas may have set the bar impossibly high with their play over the past two years, but LeVert showed some serious promise last season, and so far he hasn’t lived up to it. 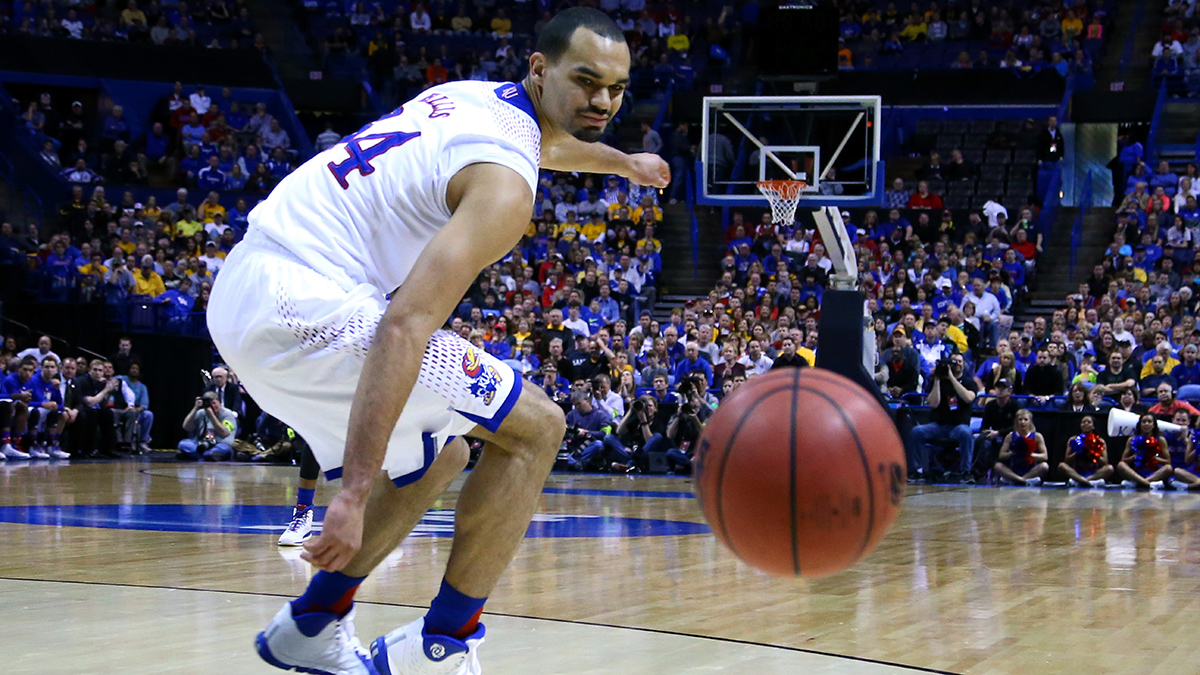 Throughout his career at Kansas, Perry Ellis has been phenomenal, he’s been awful, and he’s been everything in between. These box scores from back-to-back games last season sum him up pretty well:

Ellis’s occasional brilliance last season gave hope that the departure of Andrew Wiggins, Joel Embiid, and Naadir Tharpe would provide him with an opening to launch himself into superstardom. Instead, this is what Kansas fans have had to say about Ellis on Twitter this season.

Perry Ellis is bad at basketball

So, yeah, it’s safe to say that year three of the Perry Ellis Experiment isn’t exactly going as planned. 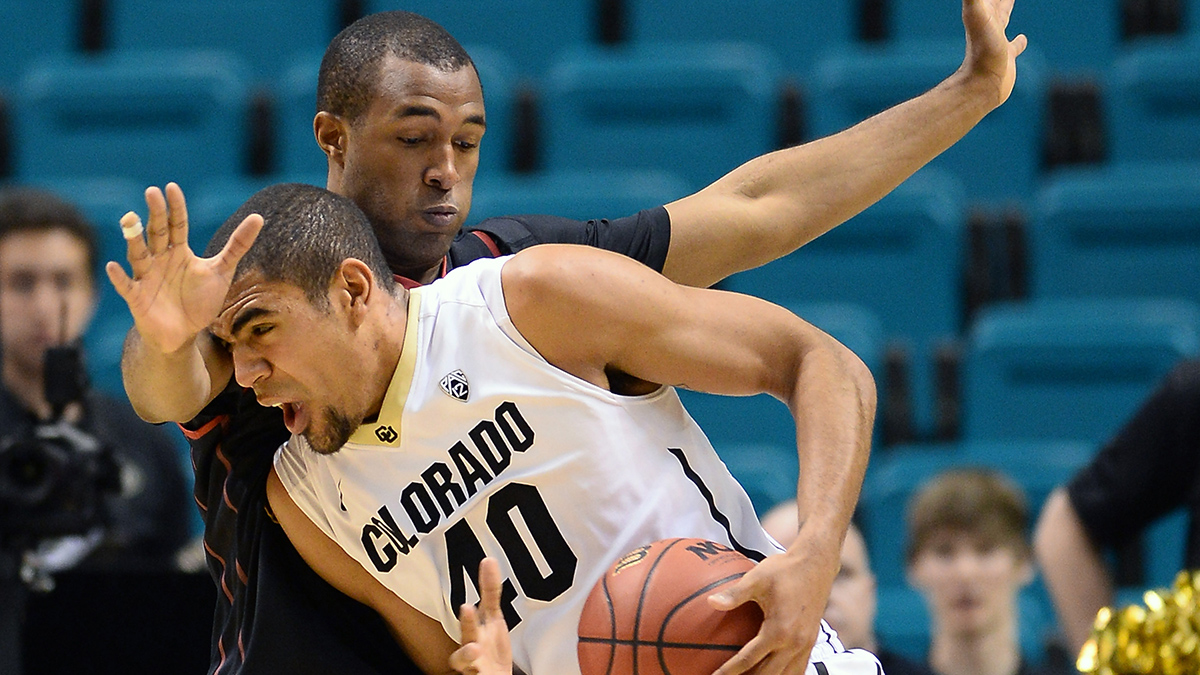 Of all of the guys on the Underwhelming All-Stars, Josh Scott was burdened with the least amount of expectation coming into this season. Scott scored 810 points and grabbed 473 boards in his first two years in Boulder, but he certainly wasn’t a household name. But Pac-12 experts expected Scott to perform at an all-conference level this year, and so far he’s been a disappointment. With pretty much everyone back from last season’s NCAA tournament team, Colorado seemed like it could finish near the top of the Pac-12, get somewhere around a 5-seed in the NCAA tournament, and perhaps make a deep run in March. As it stands, the Buffs are 9-7 and aren’t even on the bubble of the tournament bubble’s bubble.

To be fair to Scott, he’s been plagued with back problems for about a month, and that injury has undoubtedly hurt his production. But the back pain reportedly started right before the Diamond Head Classic in December, so there shouldn’t have been any issues for the first nine games of the year. And in those nine games, Colorado went 6-3, the Buffs didn’t have any quality wins, and Scott was pretty bad in two of their three losses. Scott’s scoring is down this season, his rebounding is down, and the team that he was supposed to lead back to the NCAA tournament is down. 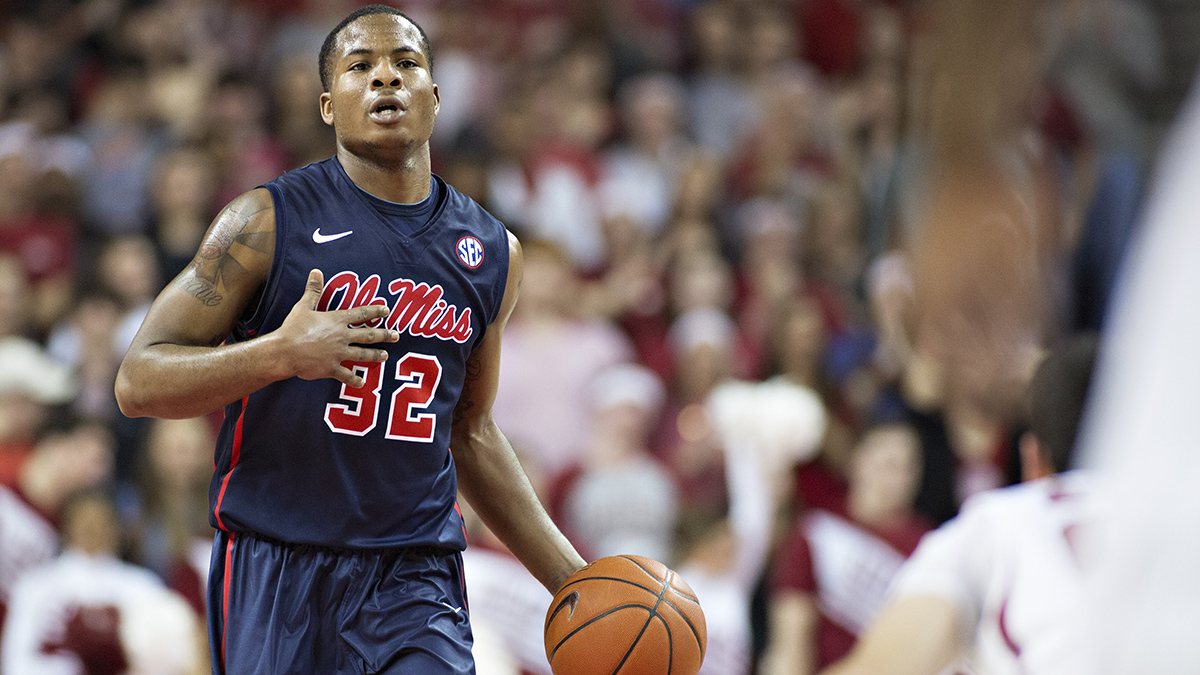 It made sense at the time. Jarvis Summers averaged 17.3 points last season, and he was teammates with Marshall Henderson. Henderson is gone this year. What else needed to be said? Without Henderson around to launch an absurd shot every other possession, Ole Miss’s offense would run more smoothly, Summers would get more touches, and he’d lead the SEC, if not the entire country, in scoring. That was the thinking when I chose Summers as preseason SEC player of the year.

A sprained ankle, back spasms, poor play, and the emergence of Stefan Moody have instead led to Summers once again playing second fiddle for the Rebels. His scoring is down almost four points per game. His rebounding and assist numbers are down from last year. His field goal percentage has fallen from 48.6 percent to 37.2 percent, with his 3-point percentage dropping from 42.3 percent to 27.9 percent. The problem isn’t just that Summers hasn’t made the jump I thought he might make — it’s that he’s been significantly worse.

There is good news: Since sitting out a late December game due to injury, Summers has been showing signs of life over the last five games. In that span, he’s averaging 18.8 points on 42 percent shooting from the field. Was his health the reason for his poor play earlier in the season? Or was he in a nonrelated slump that was exacerbated by injuries? Is Henderson’s absence actually a bad thing for Summers? Maybe Henderson attracted so much attention from defenses last season that the court opened up for Summers to look for his own offense. Can Summers return to form? I guess we’re about to find out.