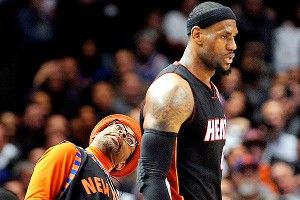 Watch this. Personally, I’ve seen a living thing cover as much ground as quickly and aggressively as Dwyane Wade does in closing down Steve Novak, but it was called “Cheetah vs. Warthog” and it was on Animal Planet, not TNT.

Victory was already in the bag for the Heat when the Knicks finally attempted something resembling ball movement in the fourth. This offensive uprising did nothing but motivate the angry princes of Miami, provoking one of the most impressive individual defensive basketball acts I’ve seen in a long time: Dwyane Wade, practically teleporting over to the corner and invoking squatter’s rights on Steve Novak’s soul and sending the Knicks sharpshooter into a rabid Miami bench.

Maybe letting Carmelo dribble for 20 seconds isn’t such a bad idea after all.
— Chris Ryan

Unnecessary Alley-oop of the Night

Tyson Chandler gets beat to the basket by Dwyane Wade and lets him go for the layup, possibly thinking that a hard foul this early on would be sort of a dick move. But then Wade floats a perfect ball — perfect both for its placement, and for its complete and utter unnecessariness as a means to an end — and LeBron flushes it instead. Not cool, guys. Not cool.
— Amos Barshad

Side note: These two played the first three quarters like they were sweating out Coconut Ciroc from last night’s excesses. It’s kind of terrifying to imagine what would have happened if they had just stayed in and watched a First 48 marathon.
— Ryan

Fan of the Night: This Guy, Courtside, at MSG 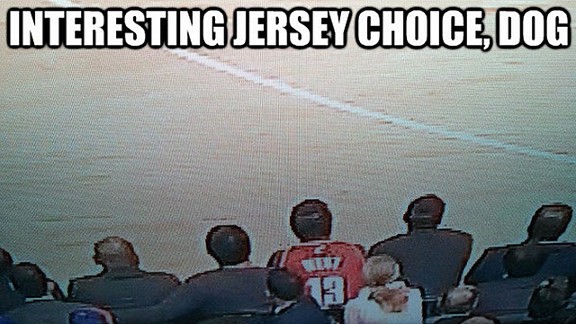 Thanks for the Memories Award: Vince Carter

A couple of things about this fairly decent approximation of classic Half Man-Half-Amazing: (1) I love how Dirk is like, “Oh, Vince, you’re driving. Weird. Oh … Ha, you’re going to what? Oh well, hold on, let me get out of your way first.” (2) Serge Ibaka, who will usually go around swatting people in the crowd’s Pepsis into the upper deck just because he feels like it, pulls up from his tracking run because he can’t believe what he’s seeing. (3) Vince’s scream, which looks like he is almost bursting into tears because the last time he was that high up in the air it was on the 10:34 United flight out of Will Rogers Airport in Oklahoma City.
— Ryan

Hero of the Night: J.R. Smith

This guy should win the Congressional Medal of Honor for even thinking of doing this. 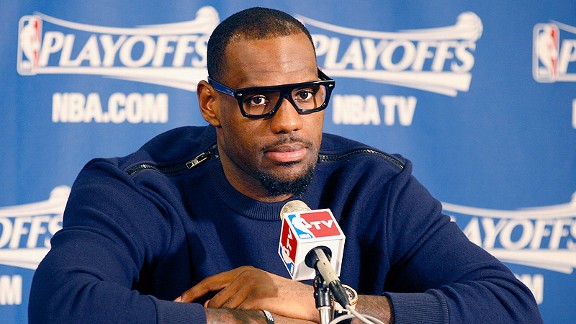 Get with it, T-shirt-coordinating interns. Have some self-respect.
— Brian Phillips