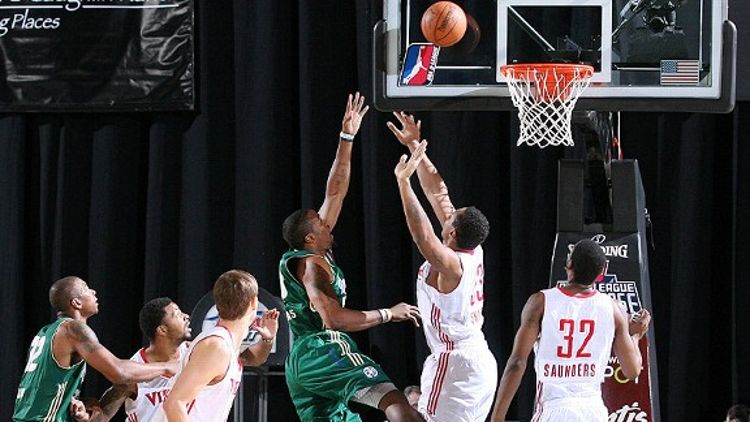 This week in Reno, Nevada, dozens of NBA scouts and executives are gathering for the annual NBA D-League Showcase, a four-day event that offers talent evaluators a look at the best of what the league has to offer.

Plenty of members of the national media are in attendance, as are a handful of scouts representing teams from Europe and Asia. Over the next few days, we’ll look at a number of topics surrounding the showcase, but first here’s a quick introduction to the event.

The NBA’s official “minor league” is composed of a few different groups of players, including:

These are players under NBA contracts who have been sent down to the D-League to get more playing and practice time. This is an increasingly utilized tool, thanks to tweaks in the NBA’s latest collective bargaining agreement that eliminated the restrictions put on the number of times a team can assign a player to its D-League affiliate.

Recently, many aging veterans have used the D-League to get back in shape and (they hope) convince a team they still have something left in the tank.

This week, Antoine Walker, Greg Ostertag, Mike James, Ricky Davis, Mikki Moore, Damon Jones, Bobby Simmons, Keith McLeod, and Antonio Daniels are among those those trying to show that they can provide veteran leadership and still compete with younger players.

Not every prospect is drafted into a great situation, which means plenty of talented young players get flushed out of the league due to injuries, immaturity, or lack of opportunity.

The D-League is mostly made up of players with no NBA experience. With the overseas market flooded with talent during the NBA lockout, many were unable to secure contracts with desirable teams in Europe, while others signed and were subsequently released for different reasons.

Some players are here in Reno because they legitimately believe (or have been led to believe) that there is a spot for them on an NBA roster, while others signed simply because they had no other alternative.

The talent level of this group of undrafted players greatly fluctuates. There are promising prospects who could be called up any day now — such as Marqus Blakely, Greg Smith, Jerome Dyson, Jerome Randle, Justin Dentmon, Lance Thomas — and players who are simply biding their time, hoping to improve enough to increase their pro prospects for next summer.

One player, Malcolm Thomas, got called up by the San Antonio Spurs just hours before he was slated to play his first game at the showcase. A cynical group of NBA scouts wondered if the Spurs only made this move to make sure no one else saw Thomas.

Coming this week: Redefining what an NBA player is … What are NBA scouts looking for in Reno? … Who is standing out?