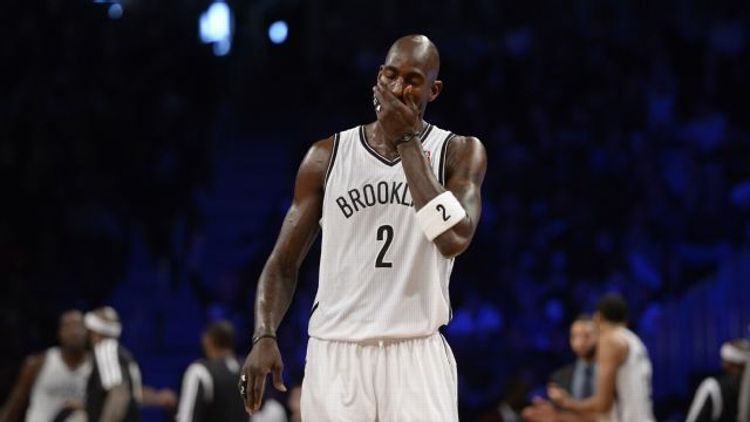 To date, My Scrabble Friend and I have made 67 bets on the NBA, including the picks from this column, and have won a whopping total of $10. This isn’t bad, especially when you factor in the vig, but we have probably invested at least 50 hours in developing different “systems” and gambling rules, which means that we’re each getting paid about 10 cents per hour. That’s three cents less than what we would make pounding out license plates in a prison in Nevada. Gambling is hard, stupid work.

If you want to read a convincing account of the horrors of sports betting, pick up a copy of The Biggest Game in Town, by Al Alvarez, a British poetry critic who, for some bizarre reason, decided to write a book about the 1981 World Series of Poker. Alvarez interviewed most of the big names in Vegas in the early ’80s — Doyle Brunson, Amarillo Slim, Johnny Moss, etc. — but fixated most of his attention on Stu Ungar, the most glorious degenerate gambler since Dostoyevsky. Ungar, a gin rummy prodigy (yes, such a thing does exist), would haul in big money in cards and walk straight to the sportsbook to blow it all on some dumb tip. A three-time winner of the World Series of Poker and the Babe Ruth of Gin Rummy couldn’t find an edge in sports betting? What hope do we have?

I know of only two people who have consistently won money betting on sports. Both guys are smart in the same Adderall-y way — obsessive, high energy, and hyper-competitive — and have used their intellectual energy to create massive databases that predict games better than Vegas.

It’s a nearly impossible task, not only because of the work involved, but also because of the psychological traps that come with sports betting. No one activity in America encourages more confirmation bias. Every two- or three-win streak leads to a change in philosophy and a pressing of what randomly worked. When those pressed “ideas” regress, you lose everything.

To combat the confirmation bias problem, My Scrabble Friend and I have decided to ride out the same strategies until the All-Star Game. We bet Utah to go over the point total in the second half and to cover the point spread (this is a variation of the strategy Haralabos Voulgaris used in the ’00s, where you take a very bad team that runs a regimented offense in the first half, gets down huge, and then needs to run to make it all up. Voulgaris says this system stopped working and Vegas adjusted, but whatever …), we bet heavily against the Cavs, we bet on the Lakers at home, and we always bet Phoenix. We stay away from Minnesota and Philadelphia. We bet the Warriors to cover the first-quarter spread, especially when they’re at home.

I actually think this is the only reasonable way to bet on the NBA. This year has yielded a lot of weird results, but after 13 or so games, only a few unexpected trends seem bankable. Cleveland cannot score; the Wolves offense is firing; the Sixers, Lakers, and Suns are all running; the Bucks are probably heading to the lottery.

Our system may be dumb, but goddammit, at least it’s a system and helps tamp down some of the psychological trappings of sports betting. Last week, I tried to convince My Scrabble Friend that we should bet on the Nets to cover against the Bobcats for the following reason: “If they lose, they’re going to be legit laughingstocks. The veterans won’t let them lose to the Bobcats.” The Nets, of course, lost to the Bobcats. One lesson I’ve learned about sports betting in this, my first real year of giving it a go, is that Vegas makes millions of dollars a year off armchair psychologists.

The other lesson? Betting on sports without armchairing it up is really, really boring.

Explained above. Doesn’t matter the spread, really, or the opponent. Suns almost always cover and Vegas seems hesitant to adjust the lines too much. Heat have been great at home and the Suns have been bad on the road, but 11.5 seems pretty high.

At the start of the year, My Scrabble Friend and I came up with the Jordan Crawford Special, a two-part bet that had us taking the Celtics against the spread in the first half, where they have a minus-1.2 point differential, and their opponent in the second, when the Celtics’ differential drops to minus-4.3. I actually don’t think this is a good bet anymore because the Celtics aren’t tanking as flagrantly as they were at the start of the year. They still suck, but I’m not sure there’s anything to read into Brad Stevens’s substitution patterns that would show that the Celtics are deliberately blowing games in the second half. (For those who just said, “No professional athlete is going to try to lose a game,” I’d like to point you to the 2012 Warriors and their coach, Mark Jackson, who started five rookie power forwards on the last day of the season. It happens.)

So, while I’d love to incorporate the Jordan Crawford Special into the “system,” it seems pretty bogus and arbitrary right now. What’s not arbitrary, though, is Charlotte’s pace and Boston’s horrid offensive efficiency. This number can’t get low enough.

The Spurs have beaten their last three opponents by an average of 19 points. The Pelicans’ three-game winning streak came against the Sixers, the Jazz, and the Cavs. I just don’t see much promise in this New Orleans team and I think it will probably get too many points all year because people are legitimately excited about Anthony Davis and because its roster looks like it should be good. The Spurs are going to score 120 points in this game.

Bet: Take the Spurs and the over.