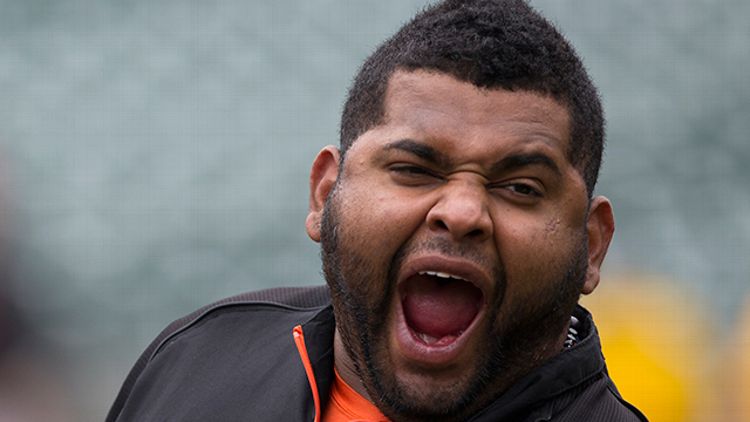 Hitters swing at more bad pitches as the season goes on, and a group of scientists at Vanderbilt University believe it’s because they’re not sleeping long enough or well enough.

After finding a spike in swings outside the strike zone throughout the 2006 to 2011 seasons using FanGraphs’ O-Swing Percentage stat, Vanderbilt’s neurology and biostatistics departments replicated that research for the 2012 season. The study showed 24 of 30 MLB teams posting higher O-Swing rates in September than in April. Combining results for all 30 teams produced an average O-Swing rate of 31.4 percent in September versus 29.2 percent in April.

That plate-discipline erosion over the course of the season, the researchers say, stems from fatigue.

“Think about the tools required for a batter to swing at a strike versus a ball,” said Dr. Scott Kutscher, assistant professor of sleep and neurology at Vanderbilt. “It’s reaction time and fast judgment. Both of those have been shown to be very sensitive to fatigue. Baseball has a unique schedule, a long season where players are frequently traveling and playing nearly every day. It’s an ideal setup for chronic sleep deprivation.”

This is the part where old-school baseball men roll their eyes. Today’s players take charter planes on every road trip. The second they deplane, they’re whisked onto buses waiting on the tarmac to take them to their hotels. Those hotels are four- and often five-star palaces, where you can get any service imaginable. Want a bellhop to stand at your bedside and make ocean sounds with his mouth until you fall asleep? No problem.

Compare those travel arrangements to what ballplayers experienced back in the day. Pick up The Glory of Their Times by Lawrence Ritter and you’ll get not only one of the best baseball books ever written but also harrowing accounts of travel in the early 20th century, when players would sleep fitfully on noisy, all-night trains, arrive in the next city by morning, then start a doubleheader a few hours later. Hell, read Jonathan Abrams’s interviews with retired NBA legends on their travel nightmares in the ’50s and ’60s; baseball players had it no better, other than maybe being a few inches shorter and thus not quite having to eat their knees on five-hour flights.

No matter how exhausted you were after a long journey back then, no one would dare ask for a day off just for being tired. And while athletes, coaches and managers, and the overall culture have evolved some since then, most players still won’t dare ask for a night off on fatigue alone.

“I’m going to be honest, that’s tough,” said Nationals center fielder Denard Span. “Especially when you’re a certain age. You only have a certain amount of time in the big leagues. Maybe when you get older, when you’ve been around for 10-15 years, you’re in your upper 30s, maybe. But as a young guy, it’d be hard for me to go in there, volunteer and say, ‘I’m tired.’ I’ve had managers come up to me and say, ‘If you’re tired, let me know.’ But I’m not going for that one.”

Even with enlightened managers, the combination of wanting to play and fearing repercussions when they don’t play dissuades players from using the fatigue card. Like Span, Dodgers catcher A.J. Ellis has never asked out of the lineup because he’s felt tired. As a catcher, Ellis knows he can’t and won’t be in the lineup all 162 games. But when Dodgers manager Don Mattingly tells him he’ll be sitting the next day, Ellis often gets upset anyway. Toiling in the minors until age 27 and not landing a starting job until 31 will do that.

“I’m always going to have that mentality as a player that this could all get taken away at any time,” Ellis said. Even sitting out 15 days on a recent DL stint made him antsy and anxious. “Just seeing other guys catch, other guys play, that’s something I should be doing. I want to be out there as much as I can, making up for lost time, for the later start that I got.”

That kind of attitude might seem honorable, but Kutscher says players really do need to get more rest, both for performance and health reasons. Kutscher cautions that even when players get an adequate amount of sleep in luxury digs, it might not be the kind of quality sleep they need to get sharp. Many players sleep fitfully or not at all on flights. The best-case scenario for a cross-country flight might be four hours of half-decent Z’s. Then you get to the hotel, maybe grab some breakfast, and take a nap for two or three hours more. That kind of interrupted sleep “kind of leaves you feeling off for the rest of the day,” said Ellis. “MLB always schedules an off day for us when we’re going to the East Coast. But even still, that second-day adjustment is so tough to do. So many guys will show up at the field and say, ‘I didn’t fall asleep until 5 a.m.'”

Though Kutscher’s study focused on hitters and their plate discipline, pitchers can get fatigued as the season wears on, too. We recently discussed relief pitchers’ need for adrenaline, and Troy Percival’s habit of pounding 10 cups of coffee and two tins of chewing tobacco per day just to stay ready to pitch the ninth back when he was an elite closer. Non-closers (and non-eighth-inning guys) can have it even tougher, needing to stay ready to pitch at any one of multiple points in the game, often warming up multiple times a night. If Percival had coffee and chaw, today’s relievers lean more toward energy drinks.

“You’re going to mix in Red Bulls with that natural adrenaline,” said Nationals reliever Drew Storen. “Then after the game you’re just crashing. I guarantee that affects your sleep, having to wind down quickly while digesting whatever you put into your body.”

Ellis cites teams’ ability to devise more elaborate and precise scouting reports as the season ticks by as a bigger reason for hitters’ drop in plate discipline. You could argue that some pitchers need longer to get up to speed coming out of spring training, or that teams bring in fresh waves of pitchers during the year to face hitters who’ve been grinding away since Opening Day. But whatever players put into their bodies today to fight fatigue, it no longer includes amphetamines — or at least it doesn’t unless those players want to risk getting slapped with a stiff suspension. It’s that distinction that Kutscher cites as proof that fatigue, and not other factors, is driving the impaired strike-zone judgment that hitters experience as the season wears on. Researchers found a much sharper uptick in O-Swing rate from 2006 through 2012 than in 2002 to 2005. What changed after the 2005 season? Major League Baseball banned the use of amphetamines, implementing lengthy suspensions for players who violate the rule.

Though slamming a Red Bull can certainly provide a lift, one could argue that it doesn’t compare to the old days, when players of Hank Aaron’s era had giant bowls of greenies sitting out in the clubhouse, inviting passers-by to throw down a handful and build up enough energy to pull five all-nighters. Span says he’ll swig an energy drink to raise a little pep in the middle of long road trips. But he admits even that might not be enough. “I know if you check my career stats, I’m a .300 hitter at home, .250 or .260 on the road,” he said.

So if this is a significant problem, what can be done about it? A more forgiving culture where players can feel free to ask for an occasional day off for rest could help, says Kutscher. Just as every team has a strength and conditioning coach and a few have someone to at least occasionally check in on a team’s nutrition, Kutscher believes teams could benefit from hiring some kind of sleep consultant or general wellness coach. Someone like that could help ensure that players are getting sufficient, proper rest, while lending advice in the event of sleep disorders such as insomnia or sleep apnea.

Kutscher also liked Rays manager Joe Maddon’s late-2011 plan to have players come to the ballpark later than they normally would, with home schedules matching up with later-arriving road slates. More broadly, Kutscher supports a method that might be tough to sell but could pay big dividends: practice less, sleep more.

“There’s a good chance we’re overestimating the importance of preparation and underestimating the importance of rest,” he said. “The classical thinking is that repetition and practice, the more you do things, the better you’ll be. But we found the opposite. It stands to reason that the more players rest, the more time away from the field they get, and the better it might be for them.”