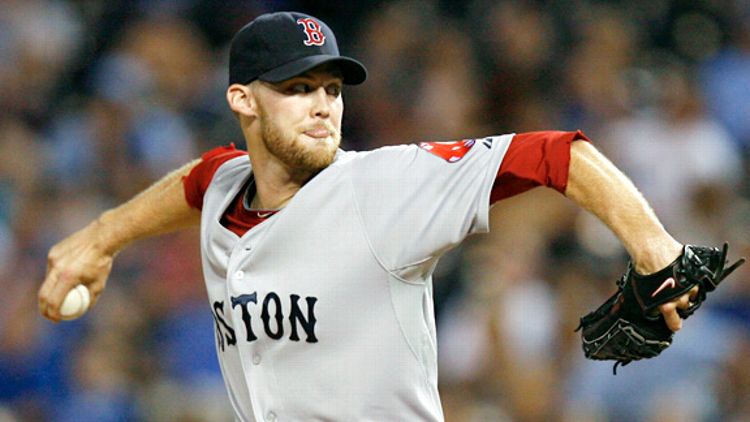 Baseball’s Hot Stove season is far from over, with Prince Fielder, Edwin Jackson, Roy Oswalt, Ryan Madson, and others still lurking in free agency, and the trade market still stuffed with possibilities. But several teams will end up standing pat from here, deeming the price tags too high for what’s out there.

That could force a number of contenders to turn players who’ve never (or rarely) played everyday into lineup and rotation and mainstays. Leaving aside superprospects like Jesus Montero who are widely expected to produce fairly quickly, here are 10 unlikely likely starters who could impact pennant races in 2012.

John Mayberry Jr., Phillies: Mayberry’s first taste of a big league starting job came last season, and the old-for-a-rookie outfielder came through, hitting .273/.341/.513, with 15 homers in less than 300 plate appearances. Mayberry does have power in his track record, with 30 bombs in Single-A and Double-A five years ago in the Rangers’ system. A giraffe on skates would be better defensively in left field than Raul Ibanez, so Mayberry can’t help but be an improvement there too. Domonic Brown could and should challenge for playing time given his superior pedigree. But at 28, carrying badly-needed right-handed power for a lineup that lacks it, Mayberry deserves a shot.

Tyler Pastornicky, Braves: There’s nothing inherently wrong with giving young players a chance, and Pastornicky does have some real talent. Scouts like his defense, and the 22-year-old shortstop has stolen 120 bases over the past three seasons in the Jays’ and Braves’ minor league systems. What’s frustrating is Atlanta’s pathological urge to hold the line on salaries, perpetually plopping them into the middle of the pack among major league teams ($87 million payroll in 2011, 15th in MLB). Nothing inherently wrong with controlling costs either, and as one of the few corporate-owned teams left in baseball, perhaps it’s to be expected. But the Braves have seemingly been one player away in each of the past three years, winning 86 games or more each time, but with just one first-round playoff exit to show for it. They could have made a run at Jose Reyes or Jimmy Rollins in lieu of depending on a rookie, cashed in some of their amazing young pitching depth for a legitimate middle-of-the-order bat, done anything to push them closer to an NL East title that should be in play with the Phillies aging and the Marlins and Nationals possibly a year or two away. Instead we get more Braves hara hachi bu, and a starting shortstop with zero power and iffy on-base skills. Pastornicky could pan out. But the Braves could have done better.

Zack Cozart, Reds: Here’s another team with playoff aspirations that’s handing its starting shortstop job to a slick-fielding rookie. Cozart does have a somewhat better history of hitting than Pastornicky does, posting Isolated Slugging (slugging percentage minus batting average, a measure of power that accounts for doubles and triples, not just homers) marks of .161 and .158 in the past two seasons at Triple-A. Paul Janish hit .214/.259/.262 as the Reds’ nominal starter at short last year, putting him 125 OPS points lower than Carlos Zambrano’s career mark as a hitter. Only six teams scored more runs than Cincinnati last year, so they can probably live with a weak bat, especially if the glove comes as advertised.

Mat Gamel, Brewers: Gamel was a fairly highly-touted third base prospect a few years ago, with enough power potential to offset his sketchy defense. But Gamel’s proved so poor that he had to move to first base, which isn’t the easiest career path when Prince Fielder is the guy you’re trying to beat out for a job. With Fielder likely headed out of town, Gamel suddenly becomes an intriguing sleeper as an everyday first baseman, coming off a .310/.387/.510 season at Triple-A. He could easily outperform the fringe first basemen left on the free agent market, and help keep the Brewers in the race while Ryan Braun sits for 50 games.

Wade Miley, Diamondbacks: Miley’s probably the least likely to keep his job for long among all the players on this list. The 25-year-old left-hander projects as a below-average starter, pairing so-so strikeout potential with iffy command. Last year’s first-round draft pick Trevor Bauer is a fascinating prospect with a unique training regimen and a fascinating backstory. As soon as the DBacks can convert Bauer from a once-a-week, big-pitch count starter to a more conventional big-league role, Miley probably heads to the bullpen or the minors. But that might not happen until later in the season, meaning Miley would be counted on to keep Arizona afloat every five days, in an NL West division that lacks a dominant team.

Brandon Crawford, Giants: The Giants, like the Braves, have been suspiciously silent this offseason, and seem ready to settle at multiple positions. In San Francisco’s case, though, that’s largely a function of making deals from the past clogging their payroll; we won’t beat on Barry Zito again here, but yes, he’s making $19 million this year to be a borderline fifth starter. Crawford showed better plate discipline last season in his 69-game debut than you’d have expected given his minor-league track record. But he hits the ball with all the authority of Enos Strate (timely!). It would be a terrible shame if the Giants wasted their incredible pitching for a second straight season. Playing Crawford every day could be one big step toward that disappointing outcome.

Ryan Sweeney Red Sox: No power, not much speed, can’t hit lefties, gimpy knees, hasn’t been an everyday starter for three years. But you know what? Sweeney could be more than a throw-in to the Andrew Bailey deal. He’s hit a very respectable .299/.354/.402 against right-handed pitching over the past three seasons, while playing in pitcher-friendly Oakland. The Sox know they can expect good defense from their new right fielder, and a reasonable platoon with someone like Darnell McDonald while they wait for Ryan Kalish’s injury to heal. As a low-cost option on a team overflowing with mashers, Sweeney can absolutely work as a platoon player. On the other hand …

Alfredo Aceves/Daniel Bard Red Sox: … this won’t stand. Sox fans will fondly remember Aceves for his heroic efforts last season, tossing more than 100 innings while bailing out an often-leaky bullpen. But Aceves has made a grand total of nine starts in the majors, he’s just one season removed from back problems, and his peripheral numbers (strikeout-to-walk rate of less than 2-to-1 in 2011, aberrant batting average on balls in play of just .231) don’t bode well for sustained success over 30-plus starts. Meanwhile, Bard has more raw talent than Aceves, but he also a total disaster the last time he tried his hand at starting, walking 78 batters in 75 innings give years ago while in Single-A ball before converting to relief and finding success there. Between trade possibilities such as Matt Garza and the free-agent starters still out there, it makes little sense to stand pat with what the Sox have now.

Jose Molina, Rays: Baseball researcher Mike Fast has done some groundbreaking work on a skill that people within the game always knew existed, but could never fully quantify: pitch-framing. According to Fast, the best catcher in baseball over the past five years at this skill is Jose Molina. Of course, Jose Molina also owns a lifetime .279 wOBA, he’s 36 years old, he’s slower than a sack full of slugs, and he’s caught more than 80 games in a season exactly once in his career. Fast’s research remains optimistic on Molina as a first-string catcher, projecting Molina’s pitch-framing skills to be worth two more wins than last season’s starter John Jaso, assuming Molina can stay in the lineup. Molina’s lack of skills in other areas, his age, and lack of experience as a starter should leave you skeptical, especially for a team with serious offensive holes at about four positions.

Jerome Williams, Angels: Williams was once a rotation mainstay and a pretty good pitcher, making 21 starts and posting a 3.30 ERA and 3.96 FIP for the Giants. But that was nine years ago. After not throwing a single pitch in 2010, Williams came back last year throwing harder than ever, which combined with groundball rates around 50 percent would offer a little more cause for optimism than you’d normally get from a reclamation project entering his 30s. Still, the Angels have been linked to various pitcher trade scenarios even after paying up for C.J. Wilson, and Williams’ uncertain future is the reason why. You could try to hide him behind a top-four that might be as good as any in the game. But against a Texas team coming off two straight AL pennants that might soon add Yu Darvish, that might not be enough.