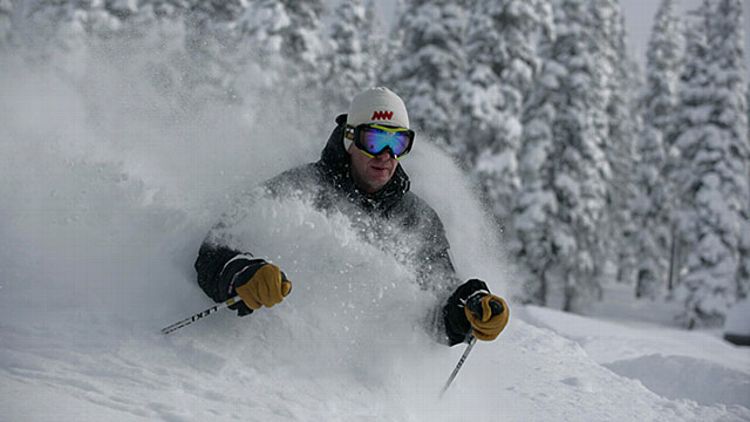 Here’s Jason Kidd, probably unintentionally paraphrasing the beginning of Anna Karenina in the New York Daily News: “Everybody runs their franchises differently … (Mark) Cuban is one that’s around a lot. (James) Dolan is around. And so for us, our owner lives in Russia. But he watches and he has a pulse on the team.”

That comes from a Stefan Bondy piece about Nets owner Mikhail Prokhorov’s absentee management style. The Russian billionaire/playboy/aspiring politician/heli-ski enthusiast may be running his team wrong, or at least that’s what the 13-21 record suggests. But after reading this piece from the New York Post‘s “Page Six,” you’d have to say he is doing almost everything else right.

I want to write out some of the points in that story, not because I want to steal the shine from the Post, but because it is only through the telling that we can do the learning, or at least that’s what Tina Turner said in Mad Max Beyond Thunderdome. Right?

While the Nets are still losing more games than they’re winning, and Kevin Garnett is mistaking Joe Johnson for the Son of God (“We call him Joe Jesus”), and Jason Kidd is probably doing enough crazy, paranoid crap to give Woj material for 24 columns of palace intrigue, Brooklyn’s owner is doing it bigger than you can possibly imagine. You think you balled out on your bachelor party? Your bachelor party was basically a bunch of old people watching paint dry compared to Prokhorov’s nightlife. I would tell you to get on his level, but you would need a space suit.

According to “Page Six,” the Russian has been going full oligarch in the French Alps town of Courchevel. He held a gathering at a restaurant called Le Comptoir de L’Apogée that has A FUCKING HAM-AGING CELLAR.

This champion pulled up to the place in a black Mercedes, wearing a beige turtleneck that was probably woven from the souls of REAL TURTLES, rolling with 20 women who were “dressed to thrill.” Officially, the place closed at 10:30 p.m., but Prokhorov kept it open all night, with “a private DJ and decor of white flowers and candles.”

This spot, Courchevel, no doubt holds a special place in Prokhorov’s heart since he was detained here by police in 2007 for allegedly flying in call girls. He was cleared of those charges in 2009. Who says you can’t go home again?

This whole thing just really puts everything in perspective for me. Sure, the Nets are really depressing. But if the guy who is spending all this money on the team can still go out and enjoy himself, then maybe Kevin Garnett should loosen up too. There’s gotta be a ham-aging cellar somewhere in Brooklyn (I know a guy … ). Let’s get K.G. there ASAP.