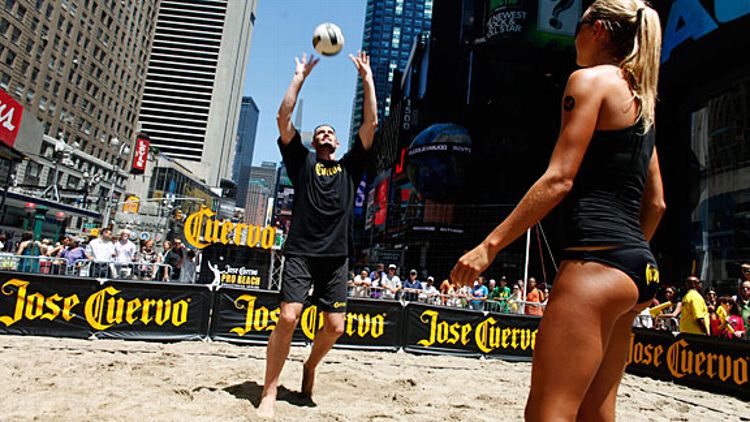 I’m looking forward to being a regular contributor for Grantland, where I will share my experiences as I navigate through life, the world of sports, L.A., pop culture, travel and whatever else should surface. To get you up to speed on what I have been up to since last season, I thought I’d give you a recap of what my summer has consisted of, and share my state of mind heading into an unknown territory for me as the NBA lockout continues.

When the NBA season ended in the spring, I looked ahead to summer and saw a possible NBA lockout, and the prospect of a very large void. By July 1, the summer was half over, the lockout had just begun, and the void was more eminent than ever. Last week, Billy Hunter (executive director of the National Basketball Players Association) announced that we should expect the lockout to delay the start of the season; unfortunately it wasn’t news to me, other NBA players, or even NBA fans. Nevertheless, it was and still is, a daunting prospect. Beyond suggesting that we all save our money, Billy told us to prepare for the lockout to last deep into the fall. While I and other players try to heed his advice, and we’d like to see things head in the right direction soon, the lockout has also granted me the opportunity to indulge myself and try different experiences that may not have been possible in a regular offseason. Instead of seeing the time off as just a void, I decided to change my viewpoint to see it as an opportunity that had been handed to me. I thought about how I could make the best out of the situation.

I grew up breathing basketball. Basketball is my life. Everything centers around basketball, and my passion comes from a place of truly loving the sport. My time on the court, as well as my newfound time locked off the court, has given me the opportunity to step back and allow myself to be open to exploring new interests. Each month the NBA (extended) offseason offered a different venture. I usually use this time to focus my energy on becoming a more well-rounded person. I know that the old saying is “players are made in the offseason” — but what about a person? What could I do to expand myself as a human being?

Professionally, the time provided me with an opportunity to rest and methodically work my way up to a healthy state. I worked slowly and built up my stamina and strength through yoga, strength training, and cardiovascular conditioning … I feel better than I ever have. For the first time since my freshman year in high school (2003-04) I weigh under 240 pounds, and my strength has consistently gone up. First, I took my time building back up, and treated the latter part of April and the whole month of May as a recovery period from the 10 straight months of basketball. Not that I am the only one who plays this much throughout the course of a year; I know that many players do this, and some even take their teams deep into the postseason year in and year out. This year, for example, some of the players from the World Championships moved deep into the playoffs and their teams saw immense success. While I pay those individuals much respect, knowing the NBA could head into a long and drawn out offseason gave me peace of mind that I could rest my body and mind to prepare for the next step in my career.

To put our schedules into perspective, NBA players only work out a few hours a day. Therefore, this summer I had a lot of “spare time” and I used this opportunity to give myself the chance to grow and try new things. I felt the need to challenge myself in more than with just basketball, and I did so in a variety of ways. Beyond catching up on some books I wanted to read (Gladwell is at the top of my list as of late), I took a class at UCLA on American popular culture, I played in the Jose Cuervo Pro Beach Volleyball Series in Manhattan Beach, I murdered Chris Bosh at the Call of Duty video-game release, I got certified as an open-water diver through PADI … and the list goes on.

Of course, traveling has been constant throughout the postseason — that’s the reality for NBA players. We never seem to be in the same place for more than two weeks at a time due to different business ventures, vacations, and personal reasons. It can be tiring, but I am thankful that my job allows me the opportunity to experience my country and the world, and over the past few summers I have definitely added a lot more stamps to my passport. This summer, the most eye-opening trip was to China. I went there for a series of signings and appearances for my shoe company. Ultimately, the trip amounted to about five days with a nonstop schedule spread among Beijing, Nanjing, Changsha, Guangzhou, and Shenzhen. At each stop, I was exposed to how much the sport has grown in China. After the reaction only a few of us got, I can only imagine that if a group of immensely popular players were to do a tour there, it would mirror the attention the Beatles had when they would roll into town. The popularity of our sport and the players is tremendous. For patriotic purposes, I’d like to think the Redeem Team’s success at the 2008 Beijing Olympics had a lot to do with this. I heard that there are more NBA fans in China than there are people in the United States. I was taken aback by that, but after witnessing the crowds that met us in each city, it was easier to believe. It is a true testament to our sport, and I was proud to be representing the sport of basketball and my country.

Basketball is, and has always been, my foremost love and priority. But my perspective is that I have this short window of time in which I can try new things and continue to grow on and off the court. Throughout the offseason and the lockout I had some idle time, and I used every opportunity to enjoy life and learn. I’ve joked about it on Twitter before, but I am hoping to pick up Rosetta Stone and learn Spanish. There’s never a lack of ambition coming from this end, so the silver lining to this locked-out summer was the gift of time to accomplish some of the things I have always wanted to do. I don’t ever want to look back and have any regrets, so I’m taking advantage of every opportunity that I have to grow as a person, as well as a basketball player. It’s all about completion.

While it has been quite a summer of opportunity and new endeavors, I will have plenty to write about no matter what course the NBA lockout takes. But here’s hoping that we can get back to business as usual.

Kevin Love will be contributing to Grantland during the NBA lockout. Follow Kevin on Twitter at @KevinLove.