Life-Changer: How a Few Bad Greens Made Derek Ernst’s Career 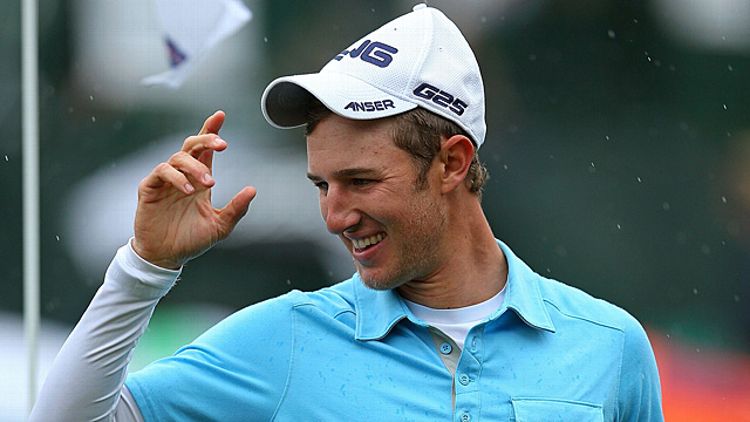 One of the reasons I’ve learned to love the ordinary, mundane events on the PGA Tour — after spending the bulk of my life focused solely on the big ones — is how the drama of a single Sunday can permanently change a person’s life.

We’re used to thinking of golfers as privileged blue bloods, and it’s easy to forget that outside the top 125 in America and Europe, the professional landscape is full of aspirants who grind it out on minor tours, suffer through qualifying school, and generally live week-to-week (often in their own cars) hoping for a shot at the big time. For the overwhelming majority, that shot never comes. Even the ones who get their chance usually fail to capitalize, and the opportunity recedes into the past to become a tortured memory of what might have been.

Enter Derek Ernst. He’s only 22, but he was already a grinder. Coming into the weekend, he was ranked 1,207th in the world. Sounds like the beginning of a good Cinderella story, right? It gets better. He was actually in a rental car headed to Athens, Georgia, on Tuesday for a Web.com Tour event when he got word that he had a spot as the fourth alternate at the Wells Fargo Championship. He swapped cars to avoid a huge fee and changed direction, heading northeast to Charlotte, North Carolina, and the Quail Hollow Club, which, to Ernst’s huge fortune, was in the worst condition possible.

Aside from his ranking and age, we know that Ernst is a California native, a two-time Mountain West Player of the Year at UNLV, a survivor of the last Q-school, and someone who has been cut in five of the eight PGA events he played before this weekend, earning just more than $28,000 for four months of work. On the personal front, Wikipedia tells us he has blurry vision and poor depth perception due to a childhood accident sustained while making his mother a Valentine’s Day present. (Awwww.)

And Quail Hollow? The greens on the beautiful course were in terrifying shape. A new course superintendent, an upcoming shift to Bermuda grass, or poor maintenance due to “top-dressing” the greens with sand may have been responsible. Two of the greens were so bad that they had to be re-sodded just before the tournament, an extraordinary measure for a PGA stop. The rest looked like they’d come down with some sort of splotchy rash, and the discoloration was not purely cosmetic — rolls were uneven, putts were affected, players complained. But regardless of who or what was to blame, the poor conditions resulted in nine withdrawals in the week leading up to the tournament. The golfers all had their own excuses, but the circumstances went beyond “suspicious.” As CBS’s Kyle Porter reported, Ian Poulter actually tweeted about the horrid state of the greens, flew to Charlotte to check them out firsthand, and then flew back home citing “personal reasons.”

On one hand, you can understand the players’ complaints. Their livelihood depends on playing a game, and anything that affects the fairness of that game could compromise their earnings. On the other, the players that withdrew were mostly big names, and the decision made them look more than a little spoiled. But there was at least one player who wasn’t complaining, and that was Derek Ernst. Without the withdrawals, he would never have made it to Charlotte.

Coming into Sunday, Phil Mickelson seemed poised to add to his accolades. He held a share of the 54-hole lead and was playing consistent golf as the rain held off on Sunday morning. But bogeys on nos. 16 and 17 dropped him to -7. Ernst had been hanging around all week, and playing no. 18 on Sunday at -7, with Mickelson still a shot up in the group behind him, he knew he had to make birdie. For a player of his youth, it’s no exaggeration to say that his approach shot from the fairway was the biggest moment of his career. He choked up on a 6-iron from 192 yards and did this:

He hit the birdie putt, and then defeated England’s David Lynn in a playoff.

The prize? Broadly speaking, it’s the end of financial and professional uncertainty. At least for now. Specifically, though, it’s staggering:

• Just more than $1.2 million in prize money
• A two-year Tour exemption
• A spot in this week’s Players Championship
• A spot in next year’s Masters

That’s why even the Tour’s minor events can deliver a transcendent sports moment, and that’s why I’m a convert. Ernst’s grinding days are over, and he has the butterfly effect to thank — a new superintendent in Charlotte who hasn’t quite figured out his course’s greens just made a 22-year-old’s career.