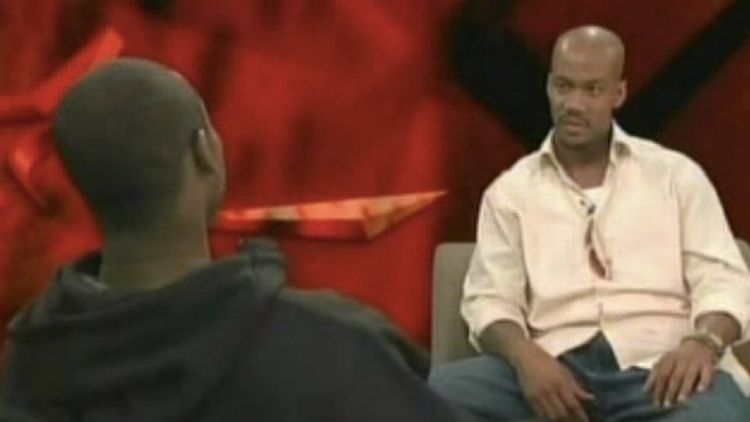 Stephon starts the interview with a commonality between the two men — their kids. One of his first questions:

This part starts with Kobe acknowledging how they’re “old men now,” followed by Kobe discussing the two Lakers that mentored him when he came into the league — Eddie Jones and Byron Scott — while Marbury counters with Michael Williams, Sam Mitchell, and Terry Porter.

Marbury begins this section by admitting he wants to get to a point of success that Kobe has reached. While that is important, I’d be remiss to discuss this interview without a few words on Marbury’s sunglasses placement:

For the final chapter of this beautiful journey, Kobe starts talking about how he loves playing against Bruce Bowen. “He’s in great physical condition. And he doesn’t stop. And I don’t stop.” After this, Marbury proceeds to flatter every aspect of Kobe’s game, and then Kobe turns into a psychologist.