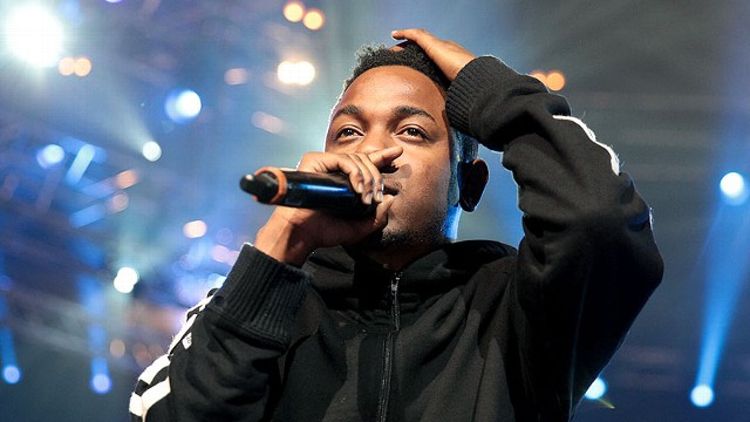 Kendrick Lamar is on a roll. After being anointed the new king of the West Coast by the AARP Cali rapper collective of Dr. Dre disciples, he went on to appear on Drake’s Take Care, release perhaps the rap album of the year in good kid, m.A.A.d city (the rare “actually met unfairly high expectations” example), show out in the BET Cyphers, and most recently, hop on the “Who’s Who of 2012” posse track “Fucken Problem” with Drake, A$AP Rocky, and Archbishop 2 Chainz.

We’ll come back to these accolades in a moment, but for just a second let’s talk about basketball. There’s an expression in the sport: “heat check.” It’s used to describe a player taking a questionable shot, just to see how hot he really is. Proven players who tend to already have the “green light” aren’t really the ones to worry about with regard to the heat check. It’s more the ones who are surprising even themselves and are new to feeling so untouchable.

I bring all this up because this weekend was a perfect example of a rapper heat check, disguised by something seemingly very cool.

Boxer Adrien Broner wanted to walk out to the ring to KDot’s “Backseat Freestyle.” It makes sense, because who wouldn’t? Every time I drive to this song I substitute “Kendrick” for “Rembert,” scream “REMBERT HAVE A DREAM,” and proceed to almost crash my car. (It’s a big song for us two-syllable kids.) So yeah, it’s a very hype track. And while the audio is great, the only thing seemingly better would be having Kendrick present to rap along.

So Kendrick came to rap along. Because, why not? [HEAT CHECK ALERT.]

It’s just one of those things that seems perfect on paper. But then it actually happens. And by “it,” I mean the awkward, unevenly paced posse walk.

And the microphone not working.

And Broner attempting to help — an exercise in futility when you’re wearing boxing gloves, a.k.a. the tough guy’s mittens.

And the fact that “Adrien” will NEVER be two syllables.

AND THE FACT THAT WHILE THIS IS HAPPENING, JIM LAMPLEY WON’T STOP TALKING THAT JIBBAJABBA OVER THE ENTIRE VERSE.

Hearing Jim Lampley introduce Roy Jones with, “Roy Jones, a guy who comes from a hard-bitten ghetto background, as Broner does” makes me ill. And violent. I think I’m done with him, forever.

Lampley the sociologist aside, the Kendrick stunt wasn’t a complete dud. The microphone eventually worked, causing Broner to do the Bernie as he made his way to the ring. But let it be known that this should be seen as a heat check that appropriately brings Mr. Lamar down to earth a bit. This isn’t a bad thing, Kendrick. This is how you prevent yourself from doing future Sprite commercials that are centered on your face splitting into nine sections.