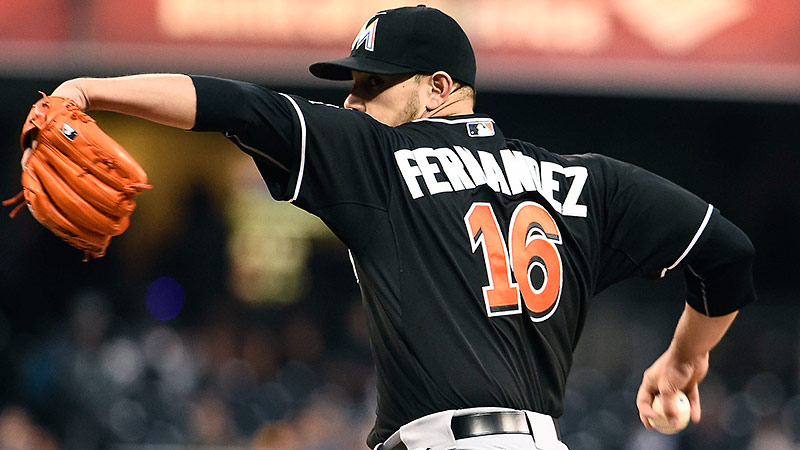 From time to time, I like to watch highlights of Brandon Webb, my favorite pitcher of the past 10 years. The big, slightly putsy-looking Kentuckian had a strange, mostly upright delivery and an arsenal of pitches that ponderously approached the plate, then ducked and dove out of the strike zone like a house cat who’d just heard the vacuum cleaner.

With a high-80s fastball that he used to set up his curveball, changeup, and forkball, Webb composed variations on the “slow, with late break” theme the way Mozart might have written a suite for a woodwind quartet: He generated direct and sprightly double-play grounders; slow and evocative tappers back to the mound; and dynamic and angry fuck-you forkballs that dropped screaming from the strike zone like a crying child on the Tower of Terror as batters swung over the top so haplessly they fell down. At his best, Webb pitched like he had the ability to convince the baseball that the fat parts of the strike zone were full of bees, and for years he was either the best pitcher in the NL or close to it.

Then, on Opening Day 2009, Webb left his start after four innings with shoulder bursitis. He was 29 years old, and he never pitched in the major leagues again.

Yesterday, Miami Marlins ace Jose Fernandez went on the DL with an elbow strain. While it’s a 15-day stint for now, the Marlins fear he’ll need season-ending surgery. The 21-year-old currently leads all of baseball with 70 strikeouts, and he was cruising through the season until his last start, when he suffered a sudden and precipitous drop in velocity en route to surrendering five earned runs in five innings to the Padres at Petco, which is never a good sign.

Fernandez is the kind of player baseball doesn’t get very often, the translatable athlete who could have been the NHL’s premier power forward or the NFL’s top dual-threat quarterback in another life. He’s an aggressive, confident, effervescent young man with upper-90s heat and a curveball that typically only video-game shamans possess. He has a smile so luminous and so ever-present that we’d all hate him if he weren’t so lovable.

But he is lovable. Fernandez jumped from Class A to the majors last season and dominated despite being surrounded by bad karma (Jeffrey Loria) and bad omens (his best statistical comps are Rick Ankiel and Dwight Gooden). He’d been through worse: Fernandez was caught and imprisoned while trying to escape from communist Cuba, and when he and his mother finally did escape, he had to leap into open water to rescue her from sharks. From fucking sharks. In terms of talent and makeup and charisma, he’s nearly unprecedented. I’ve been watching baseball for 20 years, and I’ve never seen a player this compelling, magnetic, and talented. 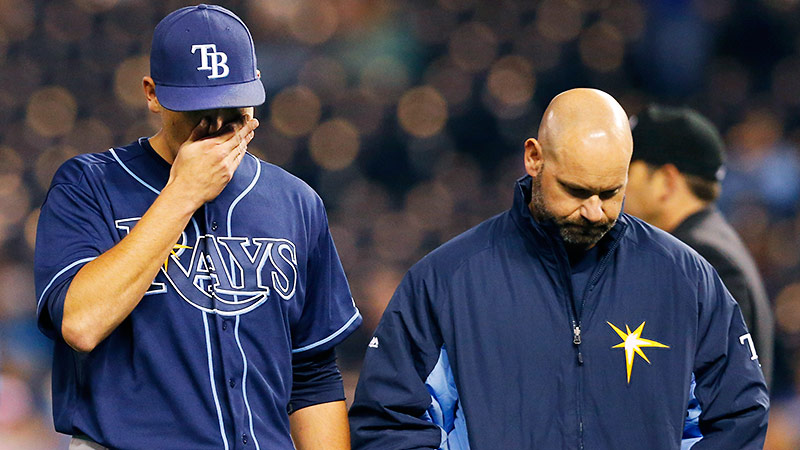 Less than two months into the 2014 season, the closest thing we have to a leaguewide trend is an unparalleled rash of pitcher injuries. More than a dozen major league pitchers have gone on the DL so far this season with elbow injuries that required Tommy John surgery, and that total swells even more alarmingly if we include minor leaguers and the handful of pitchers still recovering from 2013 surgeries. The list is full of promising young major league starters like Matt Moore, Patrick Corbin, Ivan Nova, Matt Harvey, and Jarrod Parker; top minor league prospects like Jameson Taillon and Dylan Bundy; and established major leaguers like Josh Johnson and Kris Medlen, both of whom are going under the knife for the second time. Down in the college ranks, first-round talents like Brandon Finnegan (shoulder) and Jeff Hoffman (elbow) are falling as if hit by snipers, and a great God-fearing, baseball-watching nation is holding its breath every time NC State sends Carlos Rodon out for 120 pitches. Baseball is starting to feel like a Resident Evil movie.

Tommy John surgery now seems almost routine, as if every pitcher can blow out his UCL once, sit out 12 to 18 months, and come back like nothing happened. The sheer number of serious injuries to pitchers recalls that Eddie Izzard bit about how an individual murder horrifies us, but we aren’t as bothered by mass murder because we’re so unable to process the enormity of it. For similar reasons, the second-day stories about pitcher injuries this year have been, in a manner of speaking, detached and clinical, even when discussing a second Tommy John or a shoulder surgery, both of which are at the very least career-altering and often career-ending.

One of the biggest entertainment factors baseball has going for it right now is the quality of the pitching, because we’ll always marvel at what great pitchers can make a baseball do. But every time someone like Fernandez or Harvey goes down, that’s threatened. Webb’s career-ending shoulder injury was heartbreaking to me not because of what it meant for the Diamondbacks — I can’t overstate how little I care about whether they win or lose — but because I loved watching him pitch, and I don’t get to do that anymore. So as much as Tommy John surgery has become routine, I still worry about Fernandez. I still fear that one of the game’s greatest gifts might vanish in an instant. We all assume that Bundy and Harvey and Moore will come back the way they were, but what if they don’t? Why did we assume that baseball’s most exciting pitchers — not just Fernandez, but Kershaw and Darvish and Scherzer — were safe? Stephen Strasburg and Adam Wainwright have already had Tommy John surgery, and they’re both theoretically one bad curveball or one 130-pitch outing away from disappearing forever. That such a specter hangs over the game’s most entertaining players like the blade of a guillotine ought to terrify us.

And it’s starting to. Ever so slightly, that threat of injury is beginning to overshadow the joy young pitchers bring to the game. If Fernandez, the best and most loved, can miss a year of development, what hope is there for Rodon, or for Tyler Kolek, or for up-and-coming major leaguers like Gerrit Cole and Nathan Eovaldi? Is the baseball community missing something that could have saved a year of Fernandez’s career, or Harvey’s, or Bundy’s, or Hoffman’s? Or is this just the cost of doing business now?