Jerry ‘The King’ Lawler Has a Heart Attack on Air 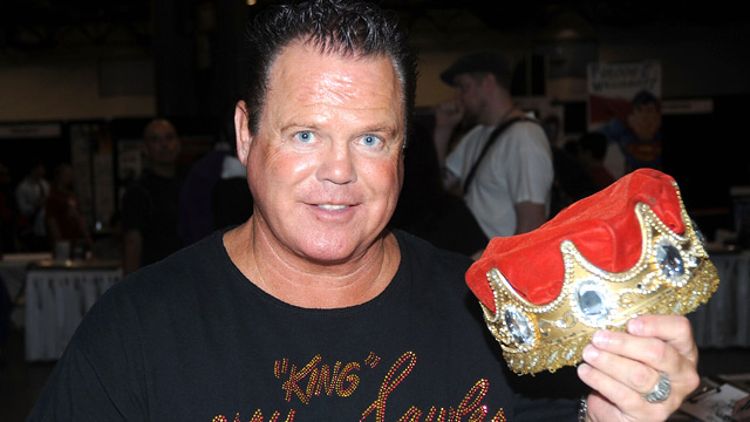 Two weeks ago on Raw, WWE champ CM Punk wrestled announcer Jerry “The King” Lawler in a steel cage match. It seemed like a terrible idea. See, I grew up watching Lawler every Saturday morning on the CWA broadcast in Louisville. Back then, the WWF had all the glitz and glamour and comic-book mythologizing, and the NWA had the more realistic brawls and blood feuds. But the CWA, taping out of a tiny production studio in Memphis — if it wasn’t reality, it was the truth. Lawler was the beefy, mulletted megastar, always exciting the small studio crowds through his innumerable feuds with “Superstar” Bill Dundee, “Dirty” Dutch Mantell, and a procession of oddballs marched in to battle the King. Lawler routinely addressed the TV audience during cool conversations with announcer Lance Russell that made us feel like we knew him intimately. And when he started throwing punches, we felt like he was doing it to defend our honor.

But that was the 1980s. Lawler is 62 years old now, and he has long since retired into a life of color commentary. To the vast majority of wrestling fans, he’s better known as the lascivious counterpunch to Jim Ross’s chicken-fried play-by-play, or as the do-gooder yang to current commentator Michael Cole’s heelish yin. He has wrestled sporadically for WWE over the years, but mostly in exhibition-type matches to get the Memphis crowds riled up when WWE passes through, and occasionally in headline feuds when the abuse of an old man is part of the narrative. (He wrestles in indie shows most weekends.) Lawler’s ring style has never been the most physically demanding. He was a DJ and sometime artist who traded those skills to Memphis promoter Aubrey Griffith in exchange for a chance to be a wrestler. Lawler always clung to the theatrical, his offense revolving around increasingly dramatic punches topped off with a pile driver or fireball — and so seeing him in the ring doesn’t ring the same alarm bells as, say, powerbombing a 77-year-old woman through a table. (Which happened.) But if wrestling fans weren’t worried for Lawler’s health before he fought Punk, they were worried that the match would be lousy.

They were wrong. Punk and Lawler put on a hell of a show. It was Lawler’s best match in decades, and Punk went against the backstage rules and “bladed” — he cut open the top of his head — to boost the King’s mojo. The match harkened back to Lawler’s heyday and a cage match he fought in 1983 against Punk’s idol Randy Savage. If the blood loss was any indication, Punk’s reverence for the old Memphis act is assured. He beat Lawler, but he made Lawler look better than he has in years. For a few moments inside the cage, for the first time since he joined the WWF in 1992, there was the Jerry Lawler I had grown up with. It was exhilarating; it was touching; it was difficult to watch. It was exactly what pro wrestling is supposed to be.

Here's the NFL Thing We Used to Call 'Fabs and Flops'