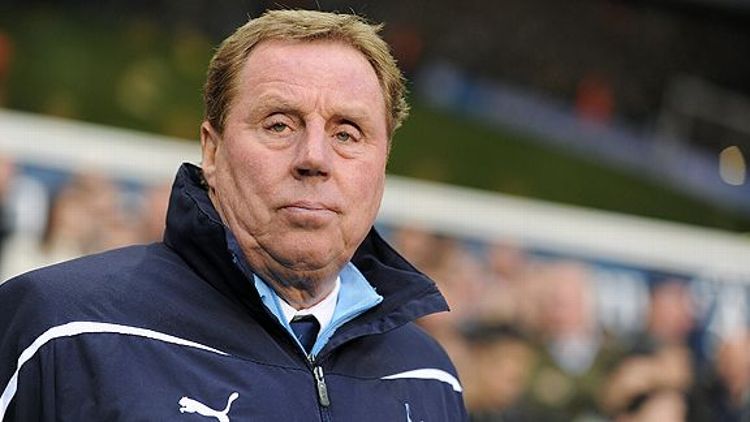 This news is delivered by a David Craig, who is standing outside of Sunderland’s training ground in the northeast of England. He is just one of several Sky Sports correspondents stationed outside of football club facilities throughout England and Scotland, reporting on the dizzying comings and goings, and agents fees, and signing-on bonuses, and possibly-failed medicals that comprise transfer deadline day in English football.

David is outside of Sunderland, Peter is outside of Liverpool, Gary is outside of Tottenham, Craig is outside of Arsenal and it looks like he’s standing in the middle of the road and I’m a little worried about the guy. Rachel is outside of Loftus Road (Man City are haggling with Shaun Wright-Phillips, holding up his move to QPR, Anton Ferdinand … is in a restaurant). Rob is outside the Britannia in Stoke. A bunch of kids are barking at him.

They relay reports to town crier/ringmaster/rumor monger/broadcaster Jim White, a compact Scotsman who is teamed a much more subdued co-host, Natalie Sawyer, and a man named Bryan who stands in front of something called “The Totaliser” that looks like the murder-predicting machine from Minority Report. White marshalls Sky’s epic coverage of this ridiculous and totally entertaining day, running with the Newcastle/Ruiz news, “Helicopters! Lights! Action! It’s all happening!” There’s still three hours to go.

If all that read like The Architect’s explanation of The Matrix to you, here’s a translation. Every summer and then again in January, English football allows teams to buy and sell players. You don’t have to trade, you don’t have to offer any compensation other than money. If you’ve got the currency and the player wants to go, you have a good shot at signing any target you want.

For reasons that either too complex or too stupid for me to understand, many teams wait until the final day of the transfer window being open to complete any significant business. Conventional wisdom suggests that teams lower their asking prices as the clock winds down. Though, the cynic in me wonders whether the whole thing is a creation of England’s football media, keeping fans glued to newspaper websites, Sky Sports, Twitter and semaphores from their mates on the roof across the street, for an entire working day and sleepless night.

Things get tricky when:

the agent fees can’t be agreed upon

the player, manager, board members from either the buying or selling team forgets to turn their cell phone on or, finally…

the team does not FAX (because it’s 2011 and that is an efficient way of communicating) the appropriate paperwork to the league office before the transfer deadline.

So it should come as no surprise that most of the fun in watching transfer deadline day unfold is watching proposed transfers collapse and all the hysterical scenes those failed transactions trigger.

One of Wednesday’s funniest, saddest, totally unscripted moments came when Sky’s Gary Cotterill interviewed a tired-looking Harry Redknapp, as the latter was exiting Tottenham’s offices after a day where he would lose more players than he would gain.

Redknapp is a notoriously good quote, always available for a chat … provided the narrative breaks his way. Last night, he seemed to be attempting to get out in front of the story; one that would suggest the Spurs came up wanting in this window. Redknapp bemoaned not being able to secure the signing of Bolton defender Gary Cahill. Later, he let slip that Chelsea had made a final offer of 40 million pounds for his midfielder Luka Modric.

From his lips to Tottenham chairman Daniel Levy’s ears. Redknapp’s interview was interrupted by a phone call from Levy, who could not have been happy with what he was seeing on his screen.

What might have seemed like open, transparent sharing of information on Redknapp’s part, was actually a shrewd political move. By revealing Chelsea had offered 40 million for Modric, Redknapp put the spotlight on Levy and his refusal to do business. If Tottenham didn’t spend enough during the window, it wasn’t because there wasn’t money floating around. And it wasn’t going to be Harry’s fault.

It remains to be seen how Tottenham’s transfer activity will impact the team’s results (which have been pretty bad). They added Scott Parker from West Ham, signed striker Emmanuel Adebayor on loan and got rid of a bunch of dead weight (Jermaine Jenas, Alan Hutton, David Bentley). But they look very light up front, with striker Peter Crouch going to Stoke.

Stoke’s transfer deadline day was a lot like their style of play: muscular and efficient. And it got results. The Potters signed two strikers and a midfielder (again hitting up the Spurs, this time for Wilson Palacios). The only team that did more business, late in the transfer window period, was Arsenal.

The Gunners, coming off an 8-2 loss to Manchester United, signed five players in two days, effectively remaking their squad. Breaking from his usual stance of signing up-and-coming players with resale value, manager Arsene Wenger took a chance on Everton’s Mikel Arteta finding his form of two years ago, in the hopes that he can fill the Cesc Fabregas-sized hole in midfield. Perhaps more interesting is what the arrival of Arteta means for young midfield star Jack Wilshere; the two tend to occupy the same deep-lying place on the field.

At the end of the night, the crowds got rowdier behind the correspondents. Jim White kept picking up his pen and dropping it on purpose, and adjusting his cuffs and looking at his BlackBerry, all while production assistants handed him papers that looked like faxes. Maybe someone was being transferred to Jim White!

Sawyer, at one point, clapped her hands like she saw a unicorn walking past the studio. 11 p.m. neared. Chelsea, smarting from being turned down by Spurs, made a late and succesful bid for Liverprool’s Raul Meireles, who, in turn, made way for the speedy, chronically injured and somewhat irrational Craig Bellamy’s return to the club, from Manchester City. The deadline passed. It was still all happening.