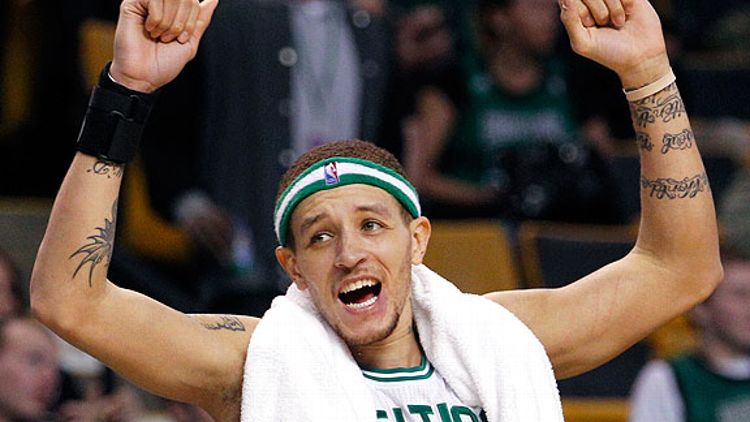 Will the NBA lockout — and the ample free time now afforded to new multitudes of prominent rap fans who can afford loads of studio time — birth a modern hip-hop classic? Probably not! But it won’t be because Delonte West didn’t try hard enough.

If past NBA–player–turned–rapper forays are any indication, a flood of misguided lockout-era hip-hop projects are most likely on the horizon, and the infamous Boston Celtics guard is first out of the gate. His album’s called The
Lockout. His first single is called “Living Life Fast.”

Not the worst thing ever, right? Sure, the video’s plagued by some production issues: it’s pretty clear Delonte — a.k.a. Charlee Redz — and his pal KayeM are not actually driving that muscle car, and the translucent tile background the two insist on rapping in front of isn’t the most baller-y thing we’ve ever seen. But the whole video game driving/real life driving transition thing shows promise, and the beat is a perfectly adequate Lex Luger knockoff. Also, when Delonte shouts out “Home Depot,” and then there’s a Home Depot paint bucket on screen, that’s spot on. (By the way, this is a good week for Delonte’s rap initiation: his cred has just been boosted by a reference to that nasty bit of gossip West was involved in a few years back on Game’s “Martians vs. Goblins.”)

Well, okay, sure, so technically West actually can’t leave the U.S. because of some motorbike-related legal issues, and part of his plan possibly involves seeking employment at the aforementioned Home Depot. But still, this isn’t a bad first attempt at getting an extended off-season music career up and running. He most likely won’t be the last NBA player to attempt to do so during the lockout, so good luck to you, Charlee Redz, and to all the rest of you too. We’ll be watching carefully.