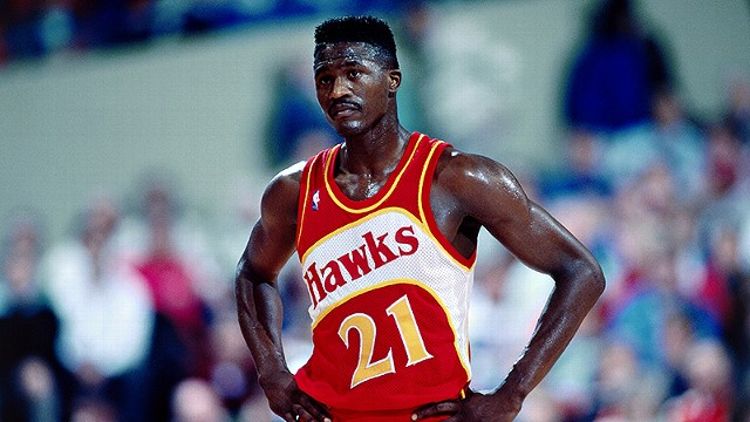 Dominique Wilkins wouldn’t wish a ruptured Achilles on his worst enemy. Where once he was the Human Highlight Reel, after his injury his game was changed forever. Elton Brand was never a highflier, but he felt the same pop that Kobe Bryant described after Friday night’s crushing injury. His game changed, too. And Chauncey Billups can relate to the struggles of returning to the game late in his career after a devastating injury. It’s a tremendous hurdle, even for an accomplished veteran and athletic freak of nature like Kobe. Wilkins, Brand, and Billups provide three case studies of players who made it back from Achilles injuries at different stages of their careers. The trio recently talked about their physical traumas and difficult rehabilitation efforts, and offered words of encouragement for the 34-year-old Bryant.


Dominique Wilkins suffered a ruptured Achilles on January 28, 1992, at the age of 32. Wilkins returned the next season, playing in 71 games and averaging 29.9 points and 6.8 rebounds. He enjoyed several more productive seasons and retired at 39.

I was literally trotting down the court. I wasn’t even running. It was really a fast walk is what it was. I heard something pop. I thought somebody had kicked me. I turned around and nobody was there. It’s a type of injury that’s a freak kind of accident. It feels like somebody kicks you or hits you with a baseball bat. And that’s when you know that you tore it — after you look behind you and no one’s there. It’s a very tough injury. But it’s also an injury he can come back from.

When I tore mine, like Kobe, it was a surprise. I tore mine completely in half. You do go through that “Why me?” attitude and “Why now?” I did go through that phase. Now, being the competitor that he is, he has to refocus his thinking. There’s a process you have to go through as far as management. What I did, I went down to the Houston Clinic, where they repaired it. It took me about a month and a half, two months, to where I could really do anything as far as just walking on it. I was [in] a cast and then they put me in a soft cast. He’s going to have to do a lot of water therapy, a lot of very, very light weights on his ankles, which will help him get his mobility back. It was a nine-month process for me, and the thing is, Kobe is a competitor. There’s no question he’ll come back as good as ever. I’m going to tell you the truth: When I came back, people had their doubts. People said I was done and [that] my career was over. Going through my rehab, literally every day for nine months, I came back and had my best all-around season of my career. It just depends on the person and how driven they are. And he’s a driven guy. There’s no question in my mind that he’ll come back as good as ever.

I didn’t feel [like I could jump the same way once I returned]. I felt like if I jumped too hard or pushed too hard off my ankle, that it would pop again. That was all mental. Once I got through that part, I told myself, You know what? If this thing is going to pop, it’s going to pop. But I’m going to play hard. I’m going to go off of it hard. I felt funny mentally. But physically, it was repaired better than ever. In fact, it was three times stronger than my other Achilles.

I did doubt [whether I could return to form], but I had people who were close to me, my family, who said, “Look, you’re a competitor, and this is a minor setback.” I always believed that obstacles were put in front of you to go over or around and that’s the attitude you have to have to get back from this injury.

Elton Brand ruptured his left Achilles tendon while playing against his Clippers teammate Chris Kaman in an offseason workout in the summer of 2007. Brand, 28 at the time, played in just eight games at the end of the 2007-08 season before signing with the Philadelphia 76ers. Now with Dallas, Brand is a reliable and steady presence — and an influential locker-room figure — although his scoring has dipped since the injury.

We were playing one-on-one. Even though it’s a freak accident, I don’t think [the amount of] minutes [I played] were involved. But we went to the second round of the playoffs the year before that, and then I played USA Basketball, and then I was having problems with it during the season. Mine was bothering me before it ruptured and I actually got a shot for it to take away the pain. Nowadays, there’s studies and research saying that that will take away the integrity of the tendon. Most people wouldn’t do that these days. Things change. I got a shot in it because it was hurting, and then it popped in the summer.

[It was] just a regular dribble move, trying to go to the basket. Similar to Kobe’s, but slower, at my speed. I felt a loud bang, and it felt like someone kicked me. I went down, and you have no control over your foot. The connection from your ankle to your foot, you have no control. Everybody’s had an ankle injury. Everyone has a knee injury — most players. So you know that is something different. You know you can’t raise it. That’s what’s amazing. [Kobe] knocked down two free throws. He must have shot flat-footed. You cannot rise on your toes after you tear your Achilles. That’s one of the tests, when they touch your calf in the back and there’s no reaction. Usually, your foot would react, but if it just hangs, then they know it’s separated or torn.

[Rehab is] tedious. It’s a lot of work. We all know Kobe’s work ethic, so that’s not a problem for him. When I came back, I was explosive, for me, anyway. I felt pretty good. That summer, the atrophy kind of set in, and I didn’t have the strength going on from there. But when I first got back, it was pretty good. It was probably eight months.

I was in a boot for a few weeks, then started the rehab. But that’s when the atrophy and stuff starts to set in. [Kobe’s trainer] Tim Grover told me about a machine that he could buy directly for this type of thing, and this was six years ago. Kobe is the greatest of my era, and if anybody can get close to 100 percent, he will find a way.

Chauncey Billups tore his Achilles in February 2012 at the age of 35. Billups returned in November, but a variety of injuries have limited him to only 20 games this season.

I feel bad for him, of course. I don’t like to see anybody go through that, especially him. He’s a friend of mine, so it sucks for him. But it is what it is. And as I told a lot of people, with somebody like him, and I kind of felt the same way, I’ve pretty much accomplished everything I wanted to accomplish playing this game. He’s done that, too. You look for different challenges, and you don’t want a challenge like that to come about. But it happened. This is a big challenge for him, as it was for me. He’s going to be perfectly fine. He’s going to get back to playing at a high level next season, at some point, and be able to prove to everybody his toughness and his will.

All the reasons why I wanted to come back were inside of me, not what I was hearing from everybody else. I understood what they were saying. I don’t really have anything to prove anymore, and I’m an older player. It would maybe make sense if you didn’t know me. And I understood that. But at the same [time], that’s just not how I’m built.