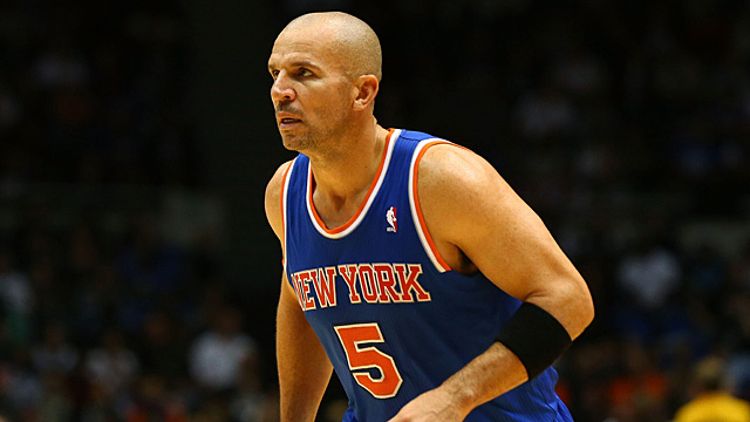 Heading into tonight’s game against Orlando, New York is the only undefeated team in the NBA. Save the pillowcase–of–snow globes thumping inflicted by the Miami Heat in the playoffs, the Knicks have gone 22-6 under the glowering tenure of Mike Woodson. The story line has been simple: The Knicks are buying into Woodson’s ideology and Carmelo Anthony has been brainwashed into trying hard for sustained periods of time. Should the Knicks dispatch the Magic and the Spurs, “MVP” chants at the Garden are inevitable.

Yet New York’s success is not a result of Anthony’s maturation into a bona fide superstar. While he has worked harder on defense, much of his game is the same. His field goal percentage, true shooting percentage, rebounds, and offensive rating are all roughly at career averages. In fact, with Anthony’s assists at a career low of 1.5 per game, an argument could be made that the Knicks’ offensive brilliance has been a result of him doing less, not more.

But if not Anthony, who deserves credit for the Knicks’ pristine start? Surprisingly, it’s the team’s oft-maligned front office. Really.

For literally decades, the Knicks have bungled personnel decisions. The trade of Patrick Ewing for Glen Rice, Travis Knight, and Luc Longley first mired the team in salary-cap quicksand. They sank neck-deep with the acquisition of Shannon Anderson and Howard Eisley. Allan Houston was re-signed. Frederic Weis was drafted. Stephon Marbury was acquired. Eddy Curry. Jerome James. Fans were waterboarded by the maniacal tyrannies of Scott Layden and Isiah Thomas. And behind it all was James Dolan, diddling his guitar as the timbers of the franchise burned.

Over the summer, it appeared as if the Knicks were up to their typical tomfoolery. Following the Jeremy Lin imbroglio, they resurrected Dolan’s NBA Live ‘97 Super Nintendo dream team with a cohort of codgers that included Jason Kidd, Marcus Camby, Kurt Thomas, Rasheed Wallace, and 35-year-old rookie Pablo Prigioni. The spring chicken was Ronnie Brewer, who is 27.

But excellent number crunchers must lurk somewhere in the bowels of the Garden. And management apparently listens. As much as it will pain the legions of fans who take blustery pride in preferring knife-fight basketball to the freewheeling beauty crafted by D’Antoni, the fingerprints of advanced-metrics nerds are all over this team (after all, New York already installed those next-gen SportVU tracking cameras). Kidd, Brewer, and Camby are all perennial favorites within the stat-head community — and the outstanding performances by the first two players are major reasons the Knicks have started the season in such dominant form.

Although Kidd has played only 20 minutes a game, his numbers are unholy. It’s a small sample size, for sure, but just look at his assist-to-turnover ratio: 14:1! To put that in perspective, Chris Paul’s ratio is 5:1 and Rajon Rondo’s is 4:1. Also, Kidd’s true shooting percentage is .822! He’s shooting 59 percent from the floor and 50 percent from 3-point range! He’s averaging four steals per 36 minutes! None of this lunacy will continue unless that car crash in the Hamptons was part of some blood pact with Lucifer, but it’s so bonkers that Satanic soul-bartering should be considered a legitimate theory.

Brewer has been splendid. Seen as a stopgap solution for replacing injured Iman Shumpert, he’s averaging 10 points and seven boards while playing his routinely excellent defense. In 116 minutes, he’s turned the ball over only once. J.R. Smith, who joined the team late last season, has been all intoxicating talent, no hangover headache. And Tyson Chandler, who was a revelation last season, continues to anchor interior play on both sides of the floor. If you care about Win Shares, check this: Kidd, Brewer, Smith, and Chandler are all earning more (proportionally) than Anthony thus far.

In little over a year, the Knicks have evolved from a franchise notorious for demonstrating wanton profligacy into one that is moneyballin’ like crazy. Now starting three players admired by efficiency heads, New York has the best offensive rating in the NBA, is committing less turnovers per game than any other team, and is scoring the second-most points. They’re also taking and making more 3s per game than anyone else, a trait more often associated with a certain mustachioed hire in Los Angeles than with Woodsonian fortitude. These numbers spring from a game against a sympathetic Heat team, two versus a Bynum-free Sixers squad, and one facing the Dirk-less Mavericks, but they’re wildly promising.

For those dreaming of an MVP campaign for Anthony, there are even signs that he’s finally figuring things out on the offensive end. He’s taking more 3s than ever before (a good thing), getting to the foul line at his highest rate yet (a great thing), and finally playing power forward (the position where he’s best). If the sorcerer-dorks responsible for the Knicks’ newfound emphasis on efficiency can convince him to abandon his beloved 18-footers, look out.