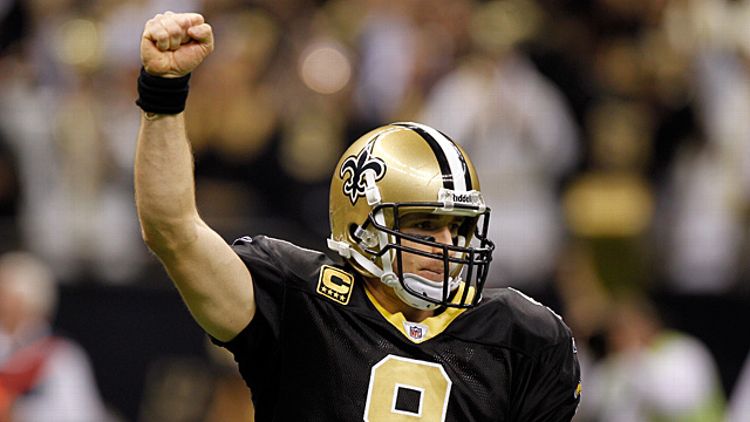 If Las Vegas voted for MVP, a quarterback would win every year. We explored the oversize impact of Johnny Manziel’s season of uncertainty, and I reported about Las Vegas sportsbooks freezing in their tracks when Tom Brady limped off the practice field a few weeks ago. Obviously marquee quarterbacks matter, but what’s not so clear is whether any defensive players move the needle. Or, what is the value of the league’s best running backs? Or, what is the value of non-elite quarterbacks? To get the legitimate answers, I went straight to the source: Las Vegas bookmakers and professional handicappers.

So, the best quarterbacks are worth approximately a touchdown per game. That number seems significant, but what does it mean to wins and losses — and most importantly, Super Bowl titles? Subtract a single touchdown per game from an 11-5 team, according to historic NFL averages, and we are left with an 8-8 squad. Seven points of value per game is the difference between hosting playoff games and a coach on the hot seat. When it comes to Super Bowls, the effect is even more pronounced; for example, New England is currently 10/1 to win the Super Bowl, but according to professional bettor Steve Fezzik, the Pats’ true odds would be 100/1 if Tom Brady were lost for the season.

Keep in mind that value is relative to the player’s backup. Many experts consider Joe Montana to be the best quarterback of all time. Wonder how many points he was worth? Not many, when he was backed up by Hall of Famer Steve Young. Las Vegas bookmaker Mike Colbert makes the case that the value of Matt Ryan and Eli Manning is inflated by inept backups, while the value of Tony Romo and Andrew Luck is lessened by extra-capable backups.

LVH sportsbook boss Jay Kornegay stressed how important the level of opponent is to player value. The better the opponent in a given game, the more a team would miss an elite player. Lastly, “cluster” injuries — i.e., multiple absences at the same position — can significantly inflate a player’s point spread impact. In pro football, second-stringers, although not as well-known, are often still capable professionals. But consider if a team lost three outside linebackers to injury; the coach would be forced to put guys on the field who were on the couch watching the week before.

The big-picture takeaway is that clearly not many non-quarterbacks are worth very much. The 24-hour sports talk culture, though, demands topics to discuss; offseason injuries to 49ers receiver Michael Crabtree, Eagles receiver Jeremy Maclin, Denver center Dan Koppen, and Ravens tight end Dennis Pitta warranted a great deal of airtime, but were non-events in the eyes of Las Vegas.

Adrian Peterson stands out at the top of the list. In fact, Colbert said no non-quarterback has been more valuable in the last 25 years — with only Barry Sanders equaling Peterson’s point spread effect. Different experts will have somewhat different lists when it comes to the borderline between a player being worth a half-point or nothing at all. For the non-quarterbacks, I leaned heavily on Stephen Nover, a long-time writer for the Las Vegas Review-Journal, who taught a class on sports betting at UNLV before becoming a full-time professional handicapper. Here are a few player-specific comments from Nover that will help you understand how Vegas considers player value:

• Lions safety Louis Delmas: “By far the best defensive back on the Lions and key to the defense. He missed eight games last year and Detroit went 2-6 SU (straight-up) and 1-7 ATS (against the spread) in his absence. I would make a ½-point adjustment in the line if he were out. This might not seem like much, but it’s quite extreme for a non-marquee defensive back, especially one who isn’t a cornerback.”

• Saints tight end Jimmy Graham: “With Rob Gronkowski injured, Graham is without argument the top fantasy tight end. He’s by himself in the upper tier. But his absence would mean nothing on the line because Drew Brees has so many other productive receiving targets.”

• Seahawks running back Marshawn Lynch: “Lynch was the [third-best] rusher in the NFL last year. But I wouldn’t adjust the line more than half a point if he were out because Seattle has two underrated reserve running backs, Robert Turbin and Christine Michael. Plus, Russell Wilson has now proven he can carry the offense if needed.”

And for the Jets fans wondering what Vegas thinks of Mark Sanchez, Nover says his absence would mean nothing. But you knew that.

The Dallas Cowboys Are Trying to Kill Me