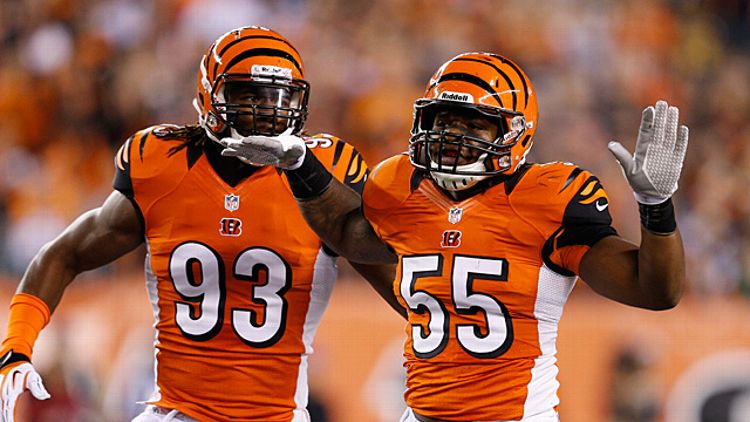 Holiday-obsessed movie director Tim Burton, on growing up in Burbank: “The only way you’d know it was a new season is if you’d walk into Sav-On or Thrifty’s and walk down the aisle and see Halloween decorations or Christmas decorations … The weather certainly didn’t do it for you.”

This is both true and not true. Los Angeles, I’m discovering six months into living here, does have seasons — you just have to dial into them a little. You have to learn to read the signs. A slight uptick in the dead-palm-fronds-in-the-street count, a tang in the air.

Or this: There’s this homeless guy we see all the time in our neighborhood who looks exactly like Tom Hanks in Cast Away, minus the volleyball. L.A. has the most disturbingly vital-looking homeless people on the planet, and Cast Away is the most disturbingly vital-looking homeless person in L.A. — a white guy so tan you can barely see his tattoos, muscled like a piece of jerky. Cast Away walks up and down Sunset Boulevard all day — as far west as Sunset Junction, as far east as the Rite Aid in Echo Park — naked except for a pair of the most ragged jean shorts in the history of jean shorts. We’re not talking normal cumulative jortwear here; Cast Away’s pants look like the pants of someone who has recently been in an explosion or been turned back into a person after being the Hulk. Or both.

And normally, Cast Away walks alone, but the other day I saw him, blocks from his normal stomping grounds, either escorting or being escorted by an an older, fully clothed, presumably home-having Asian woman. Mental caption: We found love in a hopeless place. I was excited to tell my wife this, but she immediately one-upped me: A few days prior she’d spotted Cast Away on Sunset near Coronado, wearing a shirt. Wearing a Seattle Seahawks drug-rug, specifically — a rare concession to the nip in the air on Cast Away’s part, and the kind of sign you cling to, if you need evidence that it’s not still summer.

We’re making a big deal about Halloween this year, my wife and I, because celebrating it makes fall feel real, but we’re also making a big deal about it because our daughter is 2 1/2, and this is the first Halloween she’s consciously experiencing, and she is jacked. Halloween awareness is tracking really strong at our house. She’s spent the month at preschool learning about nocturnal animals, gluing eyes on construction-paper bats. We’ve strung the porch with orange pumpkin lights and hung up a giant spider with bendable pipe-cleaner legs; a motion-sensitive plastic owl hoots and blinks its flashlight eyes at anyone who approaches the front door.

She delights in all of it. Her delight is addictive.

This is what you try to do, we’re discovering. You’re responsible for what this kid’s going to remember, so you try to create moments that will somehow suffuse their memory of being 2 1/2 with an overall positive glow. And failing that, you try to orchestrate a photo op for the grandparents. We drove to the pumpkin patch with the best intentions, me and my wife and her brother and his girlfriend in one car, plus my daughter, attired for the occasion in a black pajama top with a glow-in-the-dark skeleton rib cage on it.

The pumpkin patch is a specially hay-carpeted vacant lot on Doheny. The pumpkin patch is a huge mistake on our part. There are pumpkins available for purchase, but they’re a loss leader, arrayed in the lot in a way that funnels kid traffic straight to the giant inflatable skeleton slide and the pony rides. And our daughter is too small for the inflatable skeleton slide and too small for the pony rides, and either way both of these things require waiting in line and sharing the joy with other kids, and she is not having this, at all, and melts down immediately when we try to explain the situation, dropping boneless and screaming to the pony-pissed hay like she’s a demonstrator pulling passive-resistance moves and we’re riot cops breaking up her sit-in.

We push through, determined to make this something other than what it’s become. She does OK inside the giant bouncy-pumpkin, but the world is not a giant bouncy-pumpkin. She does OK for a second at the face-painting booth, then starts squirming. The face-painting lady has maybe less patience for squirming than you’d expect from someone who has chosen painting on children’s faces as her fucking avocation, and our daughter walks around the rest of the day with a sloppily outlined and tear-streaked black pumpkin outline on her face, looking like the first person to pass out at a frat party.

Sometimes parenting is actually like what other people’s Facebook timelines make it out to be — little hay-angels frolicking well-behavedly among colorful gourds, cherubs of the goddamn harvest — and sometimes it’s a series of Kobayashi Maru situations, in which you can only measure yourself by the poise with which you fail.

And there’s no rhyme or reason to it. Some Tuesday night when nothing is at stake you put a flannel over your head and say “I’m a shirt-ghost” and chase the kid around the coffee table and you’re a comic genius; you try to orchestrate the greatest mega-Halloween-fun-time excursion to the pumpkin patch and everything goes to shit. You get everything right when it doesn’t matter and blow it when it does.

We exfiltrate the kid; in the car, when she’s asked what her favorite part of the pumpkin patch was, she answers “Going home.” By the time I make it over to Ye Rustic Inn on Hillhurst in Los Feliz I’m weirdly ready to watch the Cincinnati Bengals fold like an Al Jaffee picture against the Steelers in prime time.

Ye Rustic had a brush with Perez Hiltonian infamy the other week when Robert Pattinson and Kristen Stewart “cozied up to each other” in one of its many invitingly dark booths. (“There was no sign of tension between them at all, as they laughed and joked and enjoyed their drinks.”) Today there are no famous vampires in evidence, but the whole place is done up like the Haunted Mansion, if the Haunted Mansion smelled like hot wings. Fake cobwebs. Bats and skeletons and severed heads on the ceiling. The bartender’s in his scariest vintage Iron Maiden T-shirt.

Up until the half, it’s close. The Bengals-Steelers rivalry, I find out from my phone, is so legendary it has its own Wikipedia page and its own commemorative chess set, and for a minute it seems like Cincinnati is going to rise to this occasion and make a moment to last forever out of this Sunday, but the Steelers’ defense gradually shuts them down and Andy Dalton gets rattled and throws a couple of passes that render the James Bond-title-sequence-inspired graphics package somebody at NBC has whipped up for the Red Rifle (he’s no. 14, as in “double (0) seven” — I had to think about it, too) painfully ironic.

We fail and we fail and we fail, the Bengals and me. We are human and we lose. The best part is going home. But the important part is not giving up. Even as the game slips away, Vontaze Burfict — a rookie out of Arizona State who turned down a lucrative career as a Thomas Pynchon character to play weak-side linebacker for the Bengals — manages to rack up a career-best 15 tackles, 13 of them all by himself. He is delightful, and not just because his name is Vontaze Burfict. This game has turned hopeless, but he goes on throwing himself at people anyway. Vontaze Burfict is a shirt-ghost.