How the Spurs Attacked the Heat Last Year, and What Other Teams Can Learn From It 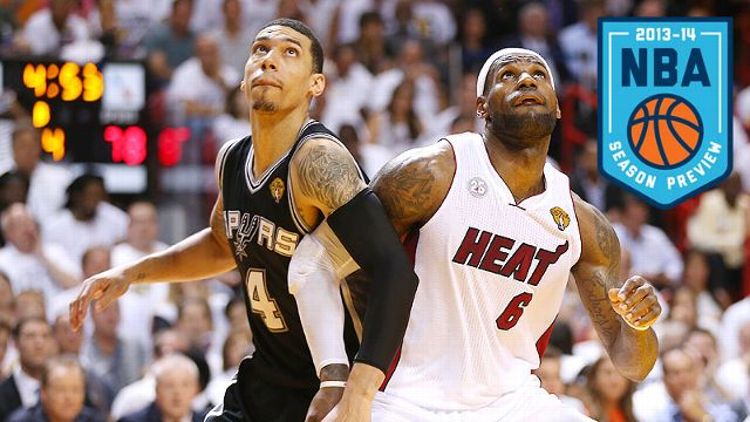 Teams already know more about this version of the Miami Heat than ever before. And they’re taking advantage of it. In last year’s NBA Finals, the Spurs introduced a quirk Miami hadn’t seen before, one the Heat nicknamed “The Danny Green Cut,” according to Shane Battier. It looked at times like Green was getting open simply because Miami defenders plum forgot about him. That was the case on a few plays. But rewatching the flaming carnage reveals that the Spurs added a Heat-specific quirk for which Miami was not prepared.

Green would begin a lot of the possessions in question spotting up on the opposite side of a pick-and-roll:

The way the Spurs have spaced the floor gives Green’s man, Mario Chalmers, some responsibility to slide into the paint to protect against Boris Diaw or Tiago Splitter rolling free to the rim. (This responsibility normally falls to someone defending a perimeter player on the weak side, and since Manu Ginobili is dribbling toward Green, that technically puts Green on the strong side — and Chalmers outside of help duty. But the Spurs have no player on the traditional weak side, meaning the help responsibility has to fall elsewhere.)

Zach Lowe on the Heat’s quest for a three-peat.

Normally, the Spurs would park Green where he is in order to maintain proper spacing and/or open up a corner 3 for him. But as Chalmers slides into his help position in the paint, the Spurs do something un-Spursy — they have Green jog across the baseline, behind Chalmers, and toward the ball, theoretically clogging up Ginobili’s driving lane.

Chalmers has no clue this is happening, since he’s executing his normal help defense. Miami’s wings in general have to help more aggressively than those on most teams, since the Heat trap the ball and leave a four-on-three situation behind the play. The unique ability of Dwyane Wade and LeBron James to protect the rim as if they were seven-footers is a key reason the Heat are able to play the way they do.

But the Spurs took advantage of those tendencies against Miami. The result here is a wide-open corner 3, only in the corner opposite the one where Green started:

“We hadn’t seen that before,” Battier says.

These are tiny things, born from the intense scouting of a particular opponent, and it might have created a half-dozen or so open looks over the series. But that’s enough to swing a series when the gap between teams shrinks to zero.

Thank You for Not Coaching, Week 8