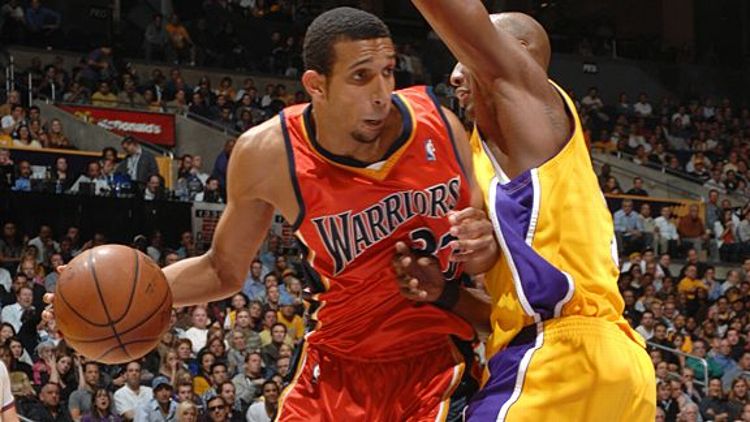 As part of our coverage of the NBA lockout, Grantland’s Jonathan Abrams checked in with Brandan Wright, a forward from the University of North Carolina who split last season between the Golden State Warriors and New Jersey Nets, to see how he is spending his newfound free time. Wright discussed his offseason workout, playing under Don Nelson, and having teammates with famous significant others.

Grantland: How have you spent your time this offseason?

Wright: “Working out a lot. The place I work out at is called Art of Strength. It’s not a traditional weightlifting. It uses kettlebells and is aimed at preventing injuries. So it’s pretty much a full-body workout and uses every muscle in your body. I think it’s really good for athletes because it’s functional training, where you’re moving your whole body. You’re not just putting such-and-such weight on a bench press or throwing weight on your back for squats. It’s stuff you have to do on the court. Right now, I’m up to 227 pounds after ending the season at 210. But I’m a lot stronger and I basically don’t have any body fat on me.”

Grantland: How much have your shoulder injuries set you back?

Wright: “Two years ago, when I did it. We knew it was going to be a long recovery to getting back to where I needed to be and last year, with a contract season, I had to fight through all the things with coming back after a pretty major surgery. I had to get back acclimated to playing basketball and get back to taking hits and stuff like that. I think I’m ready to get back on track this upcoming season.”

Grantland: Is it tough for a young player to enter the league with Don Nelson as the head coach?

Wright: “I think it’s tough for a rookie to come in for any coach. It was up and down when Coach Nellie was there. You had to deal with adversity. You had to go there and just play. You really can’t worry about outside things. Obviously, it’s a business. But all you can take care of at the end of the day is when you get on the court.”

Grantland: What was Stephen Jackson like as a teammate?

Wright: “One thing a lot of people don’t know about Jack — he gets a bad rap about what happened in Indiana and people think he’s a bad guy — but he’s one of the best guys to be around. He really looks after his teammates and takes care of the young guys. When I was first drafted by the Warriors, he really took me under his wing like, ‘Anything you need. I’ll take care of it.’ And ‘If you need to talk to me, come talk to me. I’ve been through it all.’ He’s just one of those types of guys.”

Grantland: Would you want to return to the Nets?

Wright: “It’s hard to say right now. Obviously, we’re in a bad situation with the lockout. But we’ll see how it goes.”

Grantland: Was it weird playing with teammates like Sasha Vujacic and Kris Humphries, whose significant others (Maria Sharapova and Kim Kardashian, respectively.) are more famous than them?

Wright: “At the end of the day, you don’t think about it on the court. Honestly, off the court, a lot comes with that. But it wasn’t weird it all. It was just one of those things when you think about it, maybe in the locker room. But when it comes down to it, we’re all still just basketball players.”