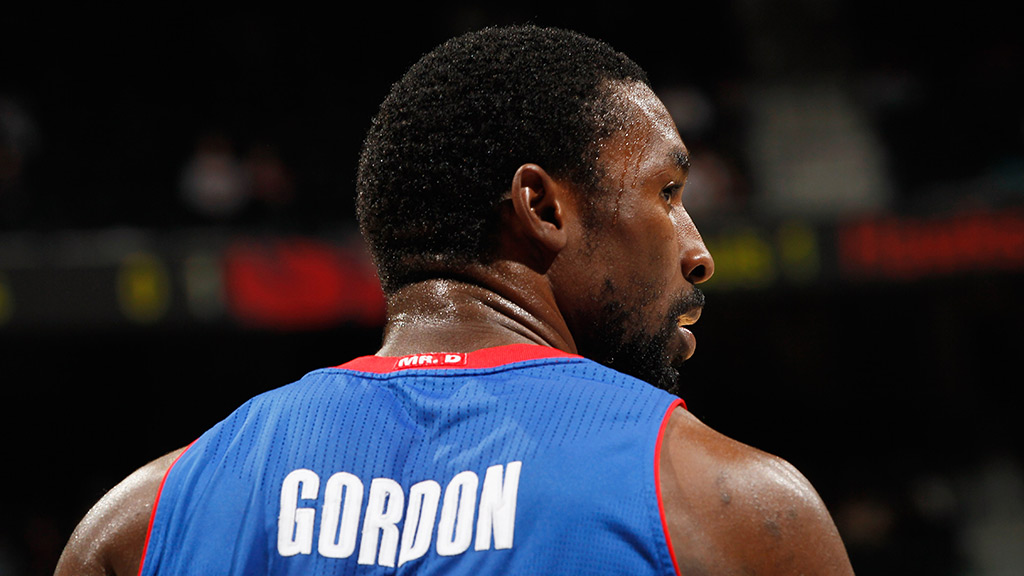 Grantland: How has the lockout changed your typical offseason and preparing for the season?

Gordon: “It’s just been typical so far. The lockout hasn’t extended into the season as of yet. I think I’m going to prepare the same exact way as I would the last couple of months leading into any season. If the lockout is extended and we start to miss preseason time, then I’ll start to consider maybe tapering back a little. Or maybe not. Maybe, I’ll continue to work and take my rest as needed.”

Grantland: You were pretty close to playing for Great Britain’s national team this summer. What happened?

Gordon: “There is always next summer when the Olympics are in London. I really had my mind set that I would play this summer, but with the birth of my first son, to me, it wasn’t best suited for my family and I didn’t want to rush the situation and have it be an inconvenience. It would probably be smart to wait until next year. On top of that, all the stuff that’s going on with the lockout, there were too many bad signs so I didn’t want to force it and end up regretting it. When the NBA announced the lockout, they sent a letter out that said staff members from the team are not allowed to have contact, et cetera, et cetera. Number nine on the letter pretty much says any serious injury you might acquire while the lockout is going on can void your contract. So right now, my risk tolerance is pretty low. There’s no need to put myself in that type of risk right now. It’s not like the Olympics are this summer. I just pretty much weighed my options until the very last minute and then just went with my gut feeling. With my son, traveling certain countries at this young age, I didn’t want to put him through that right now.”

Grantland: So, if games are missed in the NBA, you’re not willing to risk your contract by playing overseas?

Gordon: “It’s kind of hard to say right now. I’ve never not played basketball for a year straight. I definitely can’t see that happening. The likelihood of me playing overseas, I really don’t know. There’s a lot to consider, the market, the teams that are looking for someone like me. I just don’t know. It’s far out.”

Grantland: You were a player representative with Chicago. How do the players view Billy Hunter, the executive director of the players association?

Gordon: “Judging from what he did with the last lockout, it seemed like the players were happy. I understand this negotiation is completely different. One thing I do know about Billy Hunter is he fights for the players. I feel like that’s exactly with what he’s doing right now. It seems like right now, the league is just saying ‘take it or leave it.’ I think you have to take a stance. At the end of the day, the owners have a lot at stake and so do the players. You have to stand and fight or take a deal you don’t want to take. That’s not something the players are willing to do.”

Grantland: How will players stay together in this, especially once paychecks will start being missed?

Gordon: “I think if you look and pay attention to the media, it seems like guys around the league are pretty unified. The things guys are saying and the overall vibe I’m getting is everybody is united and they want to stand up for themselves and rightfully so. That’s great. It’s going to take that, especially if the owners are willing to impose a lengthy lockout. Not just now, but when the paychecks stop coming in. I think right now, it’s a lockout and it’s a little surreal. Once both sides start to lose games, you’ll start to see what both sides are made of.”

Grantland: When did you start preparing for the lockout?

Gordon: “I started preparing more so once I got my contract with the Pistons. I was able to save a lot of cash. I’ve always been good about saving my money. But the last two years, I’ve put aside a lot more because I knew what was coming up.”

Grantland: You obviously haven’t been able to talk to your new coach, Lawrence Frank, but what is your impression of him?

Gordon: “I have a lot of game experience playing against him when he coached the Nets and was a Boston assistant. He always seems to be very, very prepared, very meticulous and has an astute attention to detail. That may sound cliché for a head coach at this level. But I think it’s very important to know what your guys can do, putting them in the best situation possible. I think he’s very capable of that. He’s very defensive minded and that’s something our team lacked a lot last year. I’m looking forward once this stuff is sorted out to learning from him.”

Grantland: Last year was a tough year for the Pistons and the bottom hit with reports of players boycotting a shoot-around in protest of the former coach John Kuester. What’s the backstory behind that situation?

Gordon: “Last year, everything that possibly could have went wrong, went wrong. We had a lot of talent. There were a lot of issues in the front office, on the floor, with coaches, with players. It was just a mess. People from the outside looking in don’t realize how bad it was. It wasn’t conducive for playing basketball at a high level and it showed. It was pretty much what everybody saw. Some guys showed up to play. Some guys didn’t show up to play. Whatever point people were trying to prove by showing up or nothing showing up, those points were taken. Six guys showed up. Six guys played and a few other guys decided not to play that night. That was one of the uglier moments during the season. Moving forward, I don’t see that happening anymore. That was probably one of the lowest basketball moments I’ve ever been a part of. Because we’re all a team and we all shared that negative light. Regardless of who played that night, it was bad. But moving forward, I think the emphasis will be much different.”

Seat Poaching: A Poor Man's Guide to a Better View