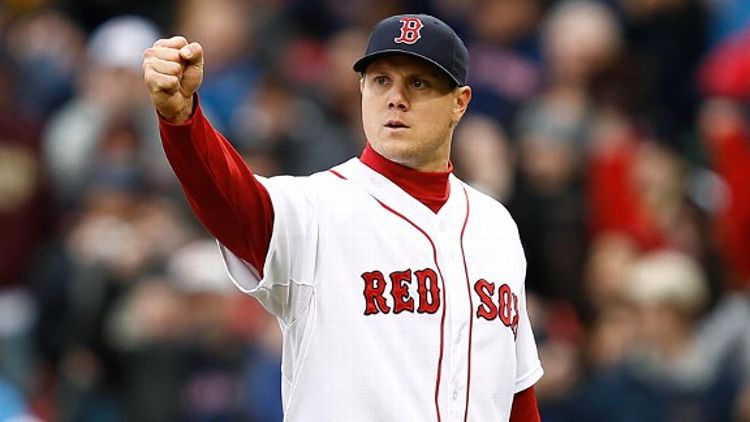 Two days ago, when the Phillies appeared on the verge of handing Ryan Madson a lucrative, four-year contract, I started teeing up a detailed post about long-term deals for relief pitchers, complete with data showing how more often than not, those deals didn’t work out. Then ESPN SweetSpot maestro Dave Schoenfield beat me to it.

With the Phillies choosing to sign Jonathan Papelbon to a four-year, $50 million deal with a vesting option instead of retaining Madson, the opinion stays the same: This wasn’t the best way to spend their money.

Schoenfield’s post details the 10 biggest multi-year deals ever given to closers, ranked by average annual value. The list includes such monumental busts as Brad Lidge, Kerry Wood and B.J. Ryan, along with lesser disappointments such as Joe Nathan (killer for two years, before Tommy John surgery wrecked the last two years of the deal). Every closer on the list had a strong track record at the time of the deal. But more often than not, injuries, ineffectiveness or both conspired to make those deals a bad use of resources for their new teams.

The bigger issue is how difficult it can be to predict how any one closer will perform from one year to the next, or which closers will rank among the game’s elite in any given season. In some ways it’s a similar dilemma to the one NFL teams face when deciding how much to pay for a running back. An elite running back is great to have and can be a big factor on a winning team. But you never know when that running back’s performance is going to tank, or when he’s going to get injured. If baseball has the B.J. Ryan Factor, football has the Chris Johnson Factor.

The following table shows the top 10 relief pitchers in baseball, year-by-year, as measured by Win Probability Added, a stat which sums the results of every play in which a player is involved and spits out a final value, with 0 being average. If you’re new to WPA, don’t sweat the absolute values too much. Focus instead on the huge variability on this list.

Are you someone who believes that save percentage is the metric by which closers should be judged? Closers are said to be paid to save games, and since most save opportunities come in similar situations — up one-to-three runs, bases empty, the team ahead needing three more outs — there’s at least some broad apples-to-apples comparison to be made there. The following is a list of top-10 save percentages for those same five seasons:

So we have an ever-changing list of elite closers, where the elite aren’t as far above the middle of the pack as you might expect. Meanwhile, our lists of top relievers by WPA tell us that often the most effective relief pitchers aren’t even the guys who get tons of saves, cool walk-up music and reams of cash. Yet teams continue to pay disproportionately higher sums of money for pitchers who pitch the 9th inning (often up multiple runs, as opposed to in higher-leverage situations such as tie games) than they do for pitchers who handle the 6th, 7th, or 8th. While it’s certainly possible that certain pitchers are better mentally equipped to handle the particular pressures of save situations, it’s tough to imagine these closers being worth three, four, or five times as much as similarly talented arms who pitch earlier in the game.

All of which brings us back to Papelbon and the Phillies. If Mariano Rivera has been the gold standard among closers throughout his career, you could make a case for Papelbon as number two since he entered the league in 2005, with a career strikeout-to-walk ratio of better than four-to-one and career FIP of 2.60. But even Papelbon has taken his lumps. Just a year ago, he wrapped a disappointing season by posting his highest walk and home run rates since his rookie year, leading to speculation that the Red Sox would trade him rather than pick up his eight-figure option. Papelbon responded by putting up the best season of his career in 2011, with more than 12 strikeouts per nine innings, just 1.4 walks and 0.4 homers per nine innings, and a microscopic FIP of 1.53 (along with an excellent 3.53 WPA). Still, if Papelbon warranted a trade a year ago, how is he suddenly worth $50 million (or more) now?

Compounding the issue is who the Phillies already have in house. Antonio Bastardo walked four batters per nine innings last year, got a big boost from an unsustainable .179 batting average on balls in play, and doesn’t have much closing experience. Then again, he’s a prolific strikeout pitcher with a great fastball/slider combination, and plenty of other closers started their 9th-inning careers with even less closing experience, including converted starters Mariano Rivera, Dennis Eckersley, Eric Gagne, and yes, Papelbon. If the Phillies merely wanted to augment the overall quality of their bullpen, they could have gone after other relief pitchers who lacked the closer pedigree, to use in the closer spot, or to set up Bastardo. It’s been done cheaply and effectively many times before (see Kyle Farnsworth), and it could have been done again in Philly.

Ultimately what the Papelbon deal comes down to is allocation of resources. Even in a monster season, Papelbon netted just three Wins Above Replacement for the Red Sox in 2011. If you want to assign a little extra credit for some of the high-leverage work that he did, that still leaves Papelbon’s value well below that of an elite position player or starting pitcher.

And while the Phillies are in good shape in their rotation, their lineup has holes that require patching. Most pressing, they have a crater sitting at shortstop that would be best filled by opening the vault for Jimmy Rollins to re-sign, or for Jose Reyes to come aboard as a free agent. The Phils also must decide how they want to handle some of their best young players. Cole Hamels becomes a free agent at the end of next season, unless Philly can re-sign him first. Do the Phillies feel completely secure with John Mayberry Jr. and Domonic Brown vying for the left field job, or would they want to pursue a veteran bat like Michael Cuddyer, who could play the outfield and also spot at first with Howard expected to miss the start of the season and recently-signed Jim Thome likely needing a platoon partner?

Maybe the Phillies have the funds to do all of this, and pay top dollar for the best closer on the market, accepting all the risks that come with a four- or five-year deal. Maybe they have enough to pay the substantial salaries of Roy Halladay, Cliff Lee, Chase Utley, Shane Victorino, Hunter Pence, and Joe Blanton, while also paying the first $20 million of Howard’s $125 contract, with enough left over to sign Reyes or Jimmy Rollins, extend Hamels, pay Papelbon, fill out the rest of the major league roster with quality players, pay for premium talent in the draft and on the international market, and make meaningful deadline deals.

That seems doubtful, though. No team is immune from budgetary constraints, not even the Yankees. Jonathan Papelbon is almost definitely going to help the 2012 Phillies toward their goal of winning a World Series. But considering the alternatives and opportunity cost, it probably wasn’t the best use of the Phillies’ money.