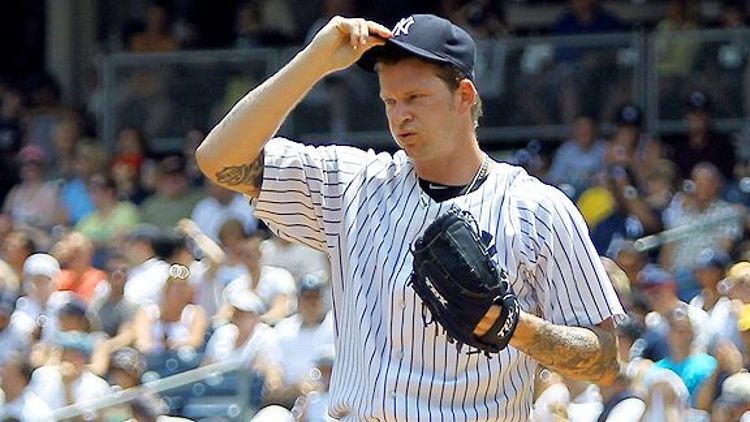 Look, I’m all about Machiavelli. I think he’s got a lot of great ideas. Or at least one pretty good idea. I had to read The Prince in college, and the only part I remember is how the “ends justify the means.” (That, plus the unforgettable helicopter fight scene.) As a human being with a steady compulsion to do bad things, I’ve found that philosophy very convenient.

Seriously — I’m a terrible person. But with sports, and sports alone, I experience a slight ethical twinge when I catch myself behaving like ole Machi. (Sidebar: I bet he got so pissed if you called him that.) Because even though it’s fashionable to deny it every time something horrible happens, deep down most of us believe that sports are the most important thing. More important than life, and more important than other people. People die. In fact, every person dies. It’s not worth getting too invested. But sports — those are everlasting. If you can’t show some kind of moral fiber in your sports loyalty, you might as well just abandon all pretense and become a serial killer.

That’s why I feel bad about rooting against A.J. Burnett. The New York Yankees starter has been a downer all year, and, as a fan, I feel pretty certain that we’d be better off with him on the bench. It’s close to happening, too; manager Joe Girardi plans to return to a five-man rotation soon, and Burnett’s on the bubble. If he just has a bad start Saturday, it’ll probably seal his fate.

If he just has a bad start Saturday …

Those words are painful to type. What it means, as you’ve figured out, is that for one day and one day only I’ll be rooting against the Yankees. I want A.J. Burnett to have a devastating professional disaster. It’s for the good of the team. I want the experience to be so sour that Girardi actually bans him from the clubhouse. I want the Yankees to build a bronze statue of that moment, and I want to buy a poster of the statue and hang it in my bedroom.

I’m not asking if it’s morally wrong to root against a fellow human being, because (as I’ve already mentioned) that’s not a concern. I want to know if it’s “sports wrong” to hope your team has a minor setback. Should my loyalty be absolute and devoid of subtlety? Am I justified in wanting Burnett out, or have I so failed the Yankees that I should just buy some Red Sox gear and hang out with my boss for the rest of the year? (I already asked, he won’t hang out with me.)

One way or another, I want to make the case that A.J. Burnett made me do it. In 2008, with the Toronto Blue Jays, he went 18-10 and led the league in strikeouts. The Yankees needed pitching, badly, so they signed him for five years and $82.5 million. It was the same year they signed CC Sabathia, and the subsequent results couldn’t be any different. While Sabathia finished top 5 in Cy Young voting his first two years, Burnett has been an inconsistent nightmare.

In 2009, when the Yanks won the World Series, he was by turns brilliant and awful, leading fans wonder before every game if we’d see Good A.J. or Bad A.J. The perfect microcosm was the Series itself. In Game 2, he had his best moment as a Yankee when he pitched seven innings of one-run ball in a 3-1 win. It erased the bad memories of Cliff Lee’s gem in Game 1, and put the Yanks on a path to their first title since 2000. Then came Game 5, and Bad A.J. His line from that start is almost comical — one of the rare instances when statistics provide a window into man’s deeper nature: two innings, four hits, four walks, one hit batter, six earned runs.

2010 was worse. He went 10-15. His strikeout rate plummeted to its lowest since 2001. He hurt himself punching a clubhouse door. Girardi barely had enough confidence to throw him in Game 4 of the ALCS, and he walked three batters, hit another, and gave up five runs in six innings as Texas took a 3-1 stranglehold.

Things were supposed to be better this year. It hasn’t happened. His record is .500 by the grace of the Yankee offense, but his ERA is too high at 4.61, his strikeouts are down, and he leads the league in wild pitches. He’s also cemented his reputation for completely imploding around the fourth or fifth inning. The worst example came earlier this month when the Yankees took a 13-1 lead on the White Sox, and Burnett couldn’t even last five innings to nab an easy win. The lede in Newsday’s story the next day says it all:

“A.J. Burnett has had his share of embarrassments in his two-plus years with the Yankees.

Not being able to pick up his first victory since June 29 Wednesday night at U.S. Cellular Field has to rank among them.”

So, Gods forgive me, I want to see an end to the charade. Phil Hughes has looked great since he came back from injury and Ivan Nova battles every time he steps on the mound. Let the kids take the ball. As for A.J., I’m hoping for the worst. I’ll celebrate when it happens, but quietly — if I’m too loud, my neighbors might realize I’m home and ask for a favor.