‘Gruntland’ Exclusive: Donnie Walsh on his Exit From the Knicks and his Uncertain Future 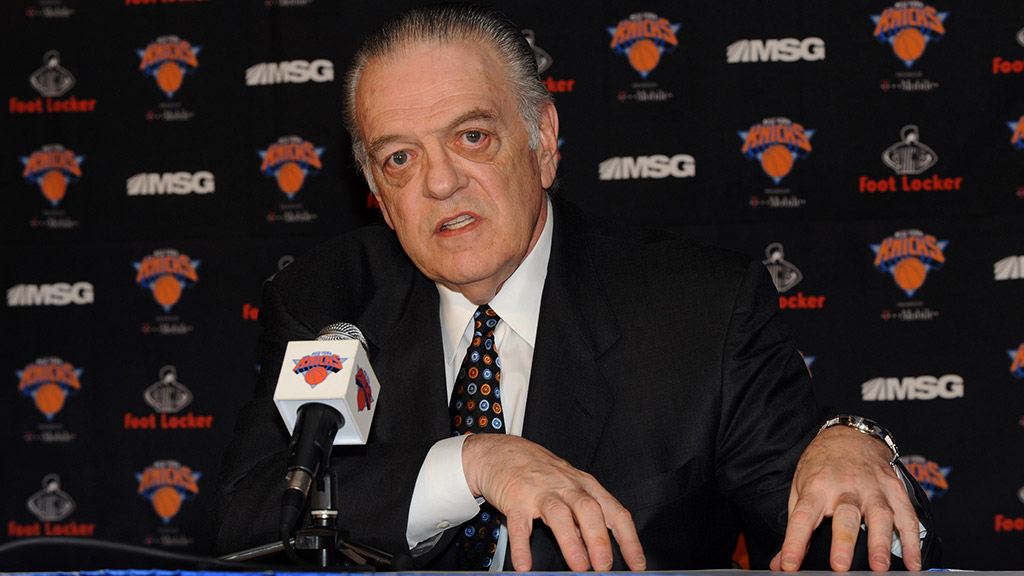 Donnie Walsh joined the Knicks in the midst of ineptitude and scandal. He was handed the unenviable task of restoring respectability to one of the NBA’s original chartered franchises, a job he masterfully navigated until last week, when it was announced during the Finals that he would not return to his role as the team’s president of basketball operations.

The news was met with an immediate and audible outcry after weeks of belief that Walsh and the Knicks were nearing a new agreement. The prospect of Walsh’s return seemed certain, given the wizardry he had performed on a tangled roster and the admiration he had earned from league executives, players and the media. Amar’e Stoudemire calls everyone “buddy,” but his “buddy” to Walsh as he walked off the practice court carried an added air of reverence. It was the same way with past players such as Ron Artest, who apologized to Walsh for his missteps in Indiana. With the Knicks, Walsh brought dignity to what had been an undignified franchise.

His arrival in New York came around the same time as mine. I was a novice reporter and newcomer to the big city. Walsh helped ease both transitions. We had lunch and he allowed me to pick his brain, not just about the Knicks, but also about his lifelong commitment to basketball. Walsh, a native of the Bronx, knew the routine with the New York media, especially with the city’s tabloids. Upon assuming his role with the Knicks, he immediately lifted a media policy that mandated that public relations workers monitor and record every interview. Before every game and after every practice, he sat on the edge of the court in the crosshairs of reporters and answered wave after wave of questions. Sometimes, when the mass of reporters dissolved into a few familiar faces, he changed the subject at his own whim and talked about Italian restaurants or the prospects of another team. When I told him that I was getting engaged last season, he responded, “It’s about time.”

In New York, such level-headedness is no small feat, especially last season, when there was no discernible line between when the LeBron James recruiting ended and the frenzy over Carmelo Anthony began.

Throughout the turmoil, Walsh somehow maintained his usual level of professionalism and polish, even as his body began to show its age. After hip-replacement surgery in November of last year, Walsh had to use a walker to get around Madison Square Garden Garden. He did not miss much time, but those of us on press row wondered how long he could continue at the league’s demanding pace.

Walsh kept a cool head through it all, answering question after question about Carmelo Anthony, a player he could not talk about in a deal that had not been conceived. On January 24, he said: “If you can’t make the team better, then why would you make a deal? I don’t want to make a deal just for the sake of doing the deal.”

Even as the Knicks neared a trade for Anthony, Walsh’s responses remained the same. Shortly before the All-Star break, he said, “If it’s a good trade, I would do it. That’s just the way it is. But I have to look at the end of the trade and say, ‘We’re a good basketball team. We didn’t just make a good trade.'”

Only if a reporter veered too far from the normal two-step, give-and-take and asked a question too direct, Walsh strayed from his script. Once, he smiled and flatly answered a reporter’s question in his sandpapery voice, “None of your business.” It was noteworthy only for the bluntness, and also for how out of the ordinary it seemed for Walsh.

Walsh always insisted the trade with Denver was consummated on his terms. But those in the league close to him, those who have known him for years, said that Walsh would have waited Denver out instead of delivering on the steep asking price of Wilson Chandler, Raymond Felton, Danilo Gallinari, Timofey Mozgov, and others to land Anthony and disrupt a team that played hard and overachieved. 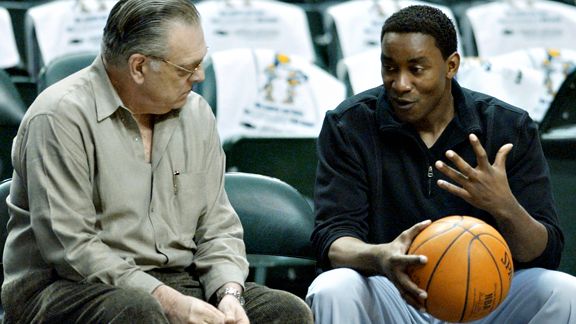 Last summer after Walsh, Dolan, and the rest of the Knicks front office unsuccessfully pitched LeBron James, Dolan dispatched Isiah Thomas to Ohio to make a last-ditch plea. Back in 2008, Walsh inherited the Knicks with four players — Eddy Curry, Zach Randolph, Jared Jeffries, and Jamal Crawford — who possessed contracts that totaled nearly $50 million in the 2010-11 season. All were purged and traded away to make the run at James, a botched move that ultimately morphed into Stoudemire’s signing and the Anthony trade.

Bunkered down in Florida, Thomas tried to take credit for the Walsh’s salary-clearing strategy and even hinted that he had had a hand in the Stoudemire signing, a claim that made absolutely no sense. How could Thomas have earmarked the space to land a big free-agent signing when Thomas himself had been the one who had clogged the payroll with untenable, hefty contracts?

That was what covering the Knicks oftentimes boiled down to: being asked to believe the unbelievable. Walsh represented something truer, even during those times when his talk had to bend to fit within the Madison Square Garden company line.

As the year dragged on, it became harder to believe Walsh did not feel betrayed by Thomas, whom he had given an opportunity to coach in Indiana. And it seemed even more implausible that Walsh had completely signed off on the Anthony trade. When the news came down of his ouster, the 70-year-old Walsh exited with his usual class, claiming that the sides had reached a “mutual decision.” Walsh would remain on as a consultant to the team, a function he will perform from his home in Indiana.

After the Celtics swept the Knicks from the playoffs, Walsh stopped returning most phone calls. It was unlike him, but then again, he preferred keeping the focus off himself and knew reporters would badger him about his uncertain future.

He answered his phone Tuesday. The sounds of a basketball game screeched in the background. Walsh jokingly started the conversation by referring to me as “the reporter who left the Times for Gruntland or Grantlee or whatever it is.”

“I’m OK,” he said. “I think I did what I said I wanted to do the first week I got here. That makes me feel good. I don’t like leaving Mike D’Antoni because I enjoyed my relationship with him. It’s like any time you leave a place, there are things you are going to miss, but I’m going home to my family so I’m going to enjoy that, too.”

Sports Guy's Vault: Dancing to the 2001 NBA Offseason (With Some Help From 'Boogie Nights')