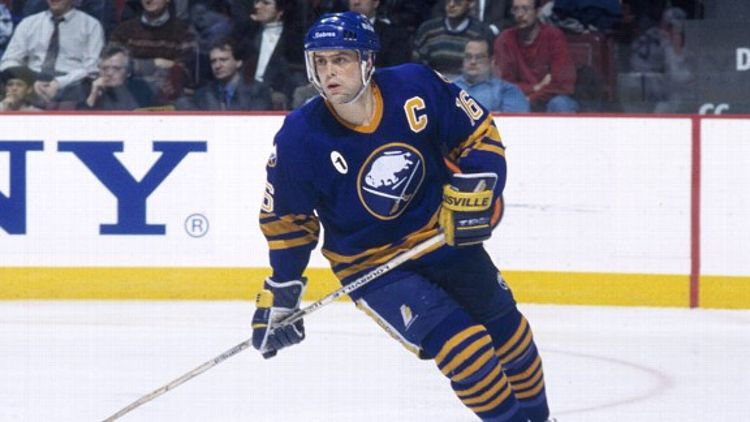 The Long Island Royals had hockey practice late last Tuesday night. At the crack of dawn on Thursday, the team hit the road for the five-plus-hour drive up to New Hampshire for a weekend-long tournament. They’ll practice tonight and Wednesday night, then they’ll fly to Chicago on Thursday for another multi-game showcase, this one sponsored by Nike and Bauer. And a few days after that, they’ll face one of their biggest tests of the season: having to sit down with their coaches and go over their grades.

“November 10 is the big day,” the Royals’ head coach said to me over the phone last week, sounding not unlike a tough-but-fair high school principal. “We actually want to know where they are. It’s a big year for these kids. We’ve only got three 15-year-olds, and the rest are 16, so it’s an SAT year.”

He ought to know: One of the team’s soon-to-be standardized test takers is his own son — the back of whose Royals jersey ought to look mighty familiar to local hockey fans on Long Island:

How time flies: Once a baby-faced short-shorts-sporting New York Islander, Pat LaFontaine is now a 46-year-old with two daughters in college and a teenage son, Daniel, who plays for him on the Long Island Royals Midget AAA National team, one of the country’s most highly regarded under-16 squads and, this season, the subject of camera crews from the NHL Network.

Every Monday, the league will air a short vignette on NHL.com and the NHL Network, called Making of a Royal, that shows just what it’s like to be part of an elite U.S. youth squad — the car rides, the parents, the pimples, and all.

While hock-umentaries are not a new concept — the 1987 gem The Boys on the Bus, for example, followed the young Edmonton Oilers dynasty that was a contemporary of the elder LaFontaine — the genre has enjoyed a resurgence over the past year. HBO’s 24/7: The Road to the Winter Classic follows the two teams who are, well, on the road to the Winter Classic, while the lesser-known but equally enjoyable Oil Change offers a more recent look into the Edmonton franchise (though this time, without all the Gretzky).

If those shows illuminate the NHL’s daily life, Making of a Royal is more about the league’s underworld of development, particularly within the US. While a grassroots youth hockey machine has long purred in perpetual motion in Canada, only in the past few decades has American hockey built (and begun to refine) its own apparatus — spurred in part by players like LaFontaine, who was in many ways a large part of USA Hockey’s first wave of influence. He amassed 1,013 points in 15 NHL seasons for the Islanders, Buffalo Sabres (who retired his no. 16 jersey), and, briefly, the New York Rangers.

In a career ultimately truncated by several concussions, LaFontaine still managed to squeeze in two Olympic appearances (1984 and 1998), score one of the most famous goals in Islanders history, and earn a place in the Hockey Hall of Fame. He won the Bill Masterton Memorial Trophy for the 1994-95 season, and was a finalist in 1993 for the Hart (for MVP) and the Lady Byng (for sportsmanship) trophies.

LaFontaine explained that in addition to the obvious role model — the 1980 U.S. Olympic team, which won gold when he was just about the age his son Daniel is now — another player helped elevate the status of American hockey.

“There was one other player who continuously paved the road in the NHL, and that was Bobby Carpenter,” he said of the “Can’t Miss Kid,” who in 1981 was the first American-born player to be picked in the first round of the NHL draft. (Two years later, LaFontaine would go no. 3 overall.) “He went out and scored 50 goals and all the sudden U.S. hockey players started to dream real big, and scouts and players started coming down to watch American players.”

The numbers, across all levels of hockey, speak for themselves. A recent cover story by Ryan Kennedy in the Hockey News about the rise of American hockey influence notes that in the NHL there are now seven U.S.-born GMs and six coaches. There are also five American captains, including Brian Gionta, who wears the C for a Montreal Canadiens team whose captains are typically not only Canadian but often specifically of French descent. And the scouts who came to see Bobby Carpenter never went away: In this past year’s draft, 30 percent of the players selected were from the U.S., nearly double the share from the early 90s.

At the all-important base of the pyramid, registration in youth hockey grew from around 200k two decades ago to over a half million currently, according to the Hockey News. The cycle is perpetuating: As more Americans play hockey, and at higher levels, better coaches appear down the road. LaFontaine isn’t the only former U.S.-born NHL star to be working within the Long Island Royals’ youth organization: Fellow American Bill Guerin helps coach the Royals’ Squirt team, the under-10 group that includes his own young son, Liam. (When he’s not working part-time for the Pittsburgh Penguins.)

Of course, the greater visibility and vitality of USA Hockey means that young American players who might once have been overlooked now risk getting sucked in over their heads. Under-16 hockey is already a strangely transitional place. The players are old and skilled enough to be getting serious looks — the website for the Beantown tournament in New Hampshire that the Royals attended this weekend boasted that “over 150” coaches and scouts had signed in to observe the action; this was last year’s sign-in sheet — but young enough that, by and large, they’re still high school kids being chauffeured around by mom and dad, often for hours to and fro.

“Hockey, conventionally, isn’t normal like other sports — basketball, football, baseball, lacrosse, soccer — where you go right from high school to college and you have all this competition within the next school, the next town,” says LaFontaine. “Minnesota is the only state, I think, where high school hockey is actually better than travel hockey. Parents have to sacrifice a lot.”

This much invested time and commitment can turn some hockey parents into raving loons. The Long Island Royals’ website includes an “Are You a Good Hockey Parent?” self-quiz written by USA Hockey that has questions like:

Do you keep your son or daughter’s stats during warm-ups?
On the day your child was born, did you work out the math on his draft-eligible year?
“Have you ever led a “S-I-E-V-E!” chant against a 10-year-old?”

But LaFontaine spent a lot of time praising his players’ parents. “We have some really super parents that are committed to understanding that they’re just parents,” he explained, adding that a large part of Making of a Royal, which will ultimately be made into a longer feature to air this winter, will focus on some of their stories. He knows all too well just how difficult it can be to support a young athlete, particularly in his role as coach.

“You have to be so careful when your son is involved,” he said. “I always say it’s a lose-lose. He hears dad’s voice, he doesn’t really hear coach’s voice.”

He has dealt with this by leaving most of the nitty-gritty coaching of his son to his assistant coach, Steve Webb, another former Islanders player. And he isn’t getting too attached to his son’s conspicuous choice of jersey number. “I thought he was going to change it to nine this year,” he said, adding that for many years, as his son moved up through the youth program, the Royals’ jerseys did not include players’ last names so as to cut down on any “added pressure.” Even when they started using names, he recalled, “I think one year we just put ‘Daniel.’ ”

Essentially, he straddles the line by treating his son like just another player while treating all the other players as if they were his sons. That doesn’t mean he coddles them, but it does mean he seeks to teach them, to understand them, and to allow them to communicate and evaluate, as he puts it, “their dreams and goals.” It also means he remembers they’re only 16.

“Sometimes we push these kids too fast,” he said. “Sometimes you don’t want to take the cake out of the oven too early.”

And in the case of Justin Bailey, a highly regarded prospect whose father, Carlton, played for the Buffalo Bills (making his unconventional backstory similar to that of one touted U.S. prospect, Seth Jones, son of the NBA’s Popeye), it means saving him from himself by having him come live with the LaFontaine family and play for Pat rather than going directly to the USHL’s Indianapolis Ice.

“I know my son, and I wouldn’t want my 16-year-old son — nothing against these 19- and 20-year-olds, but you know sometimes it’s too much too fast,” he said. “Not only are these guys bigger, faster, stronger but they’re doing things that a 16-year-old shouldn’t be doing or talking about.”

And so, like the rest of the Long Island Royals, Bailey is under LaFontaine’s watch, which means that in addition to all of the practice and travel and games and NHL Network interviews, he’s got one additional teenage obligation.

“Actually, one of our parents teaches an SAT prep class before practice on Thursdays,” LaFontaine said. “We have all the kids come in early.”