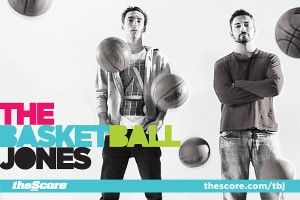 On today’s show, The Basketball Jones break down the NBA playoffs, including the return of Metta World Artest, Vinny Del Negro’s decision to keep Chris Paul in Game 5 post-injury, and a preview of the Heat-Pacers and Celtics-76ers second-round series. We also say good-bye to the Knicks, wonder if Nash would be a good fit in New York, and predict whether Woodson, Lin, & Co. will be back.

All that, plus Rondo yelling at a cameraman, Sixth Man of the Year love, Greg Oden’s darkest days, round two of our one-on-one coach vs. coach tournament, softball updates, and Leigh Ellis makes his triumphant Overdose return with a “Tweet of the Weak.”

Previously on the Grantland Network:
The Triangle Podcast
Men in Blazers
The Jalen Rose Show