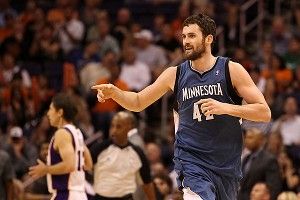 On today’s show, The Basketball Jones discuss the tight race in the Atlantic Division, whether the Spurs are better or worse with Boris Diaw and Captain Jackson, whether the NBA should adopt the Euro goaltending rule, and the “Kevin Love for MVP” movement.

All that, plus an interview with Steve Nash, a food-related “Tweet of the Weak,” some pun-gun fun, and a nearly naked Jason Terry.