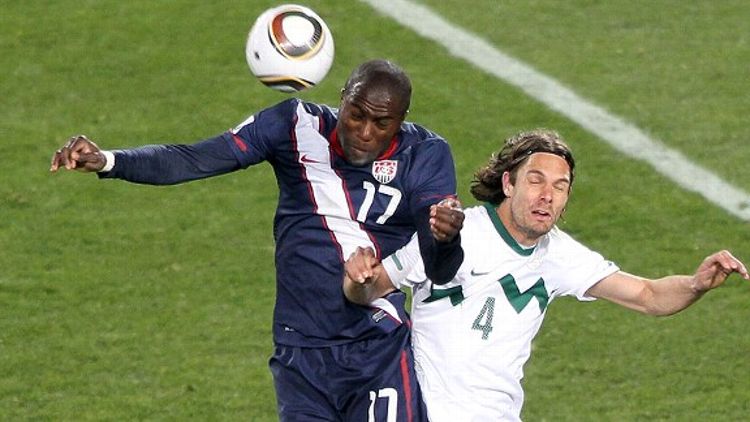 The Men In Blazers couldn’t have asked for a more revealing weekend of international friendlies, where results don’t matter. Unless you win. The United States finally found the back of the net in a 3-2 victory over Slovenia. Crisis averted. National team coach Jurgen Klinsmann lives to croon another day. England’s performance was even more impressive, leaving Roger Bennett to wonder why they’d bother with the Euro 2012 tournament at all, if not for the subtle pleasures of borscht.

But then the podcast gets a heavy dose of sexy as the blazered men are joined by Josh Elliott, of Good Morning America. The former SportsCenter anchor shares his thoughts on the future of “America’s Sport of the Future” and spills the secrets on the Dirty War he waged on soccer’s behalf while in Bristol. America owes him a debt of gratitude. And it can start with yielding a proper striker.