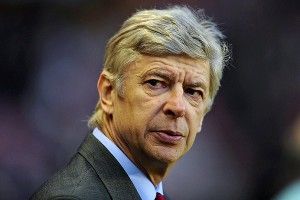 It’s the time of the season when the competitions start to bleed together. In the span of only a week, connoisseurs of association football can dabble in the eclectic delights of the FA Cup, take in the seductive Champions League, slum it with Europa, obediently return to the Premiership, and then cap it all with Sunday’s critically important/slightly meaningless Carling Cup final.

Somehow, the Men in Blazers manage to cover it all in this week’s pod, even making time to analyze the latest big stories emerging from the Puerto Rican and Malagasy leagues for good measure. Their paramount concerns surround the London clubs in crisis — Arsenal and Chelsea. Michael and Roger delve deep into EPL management psychology as they consider the fates of Arsenal’s bewildered wizard, Arsene Wenger, and Chelsea’s very own Doogie Howser, Andre Villas-Boas.