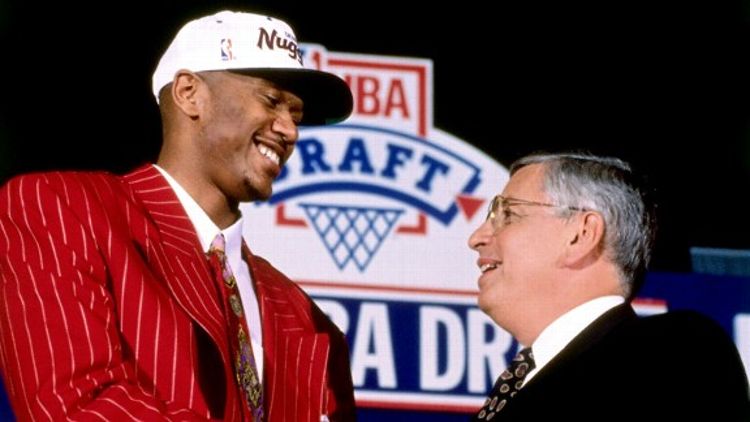 Jalen joined the pod from Vegas where he is covering the Pacquiao-Marquez fight. We discuss his thoughts on the fight, what it’s like to go to a big fight in Vegas, and the surprisingly solid undercard. Jalen then discusses the current NBA lockout and reminds us that in the 1998-99 lockout, a deal wasn’t reached until mid-January and there was still a season. We then went on to hit the major (non-Penn State) topics of the day — Michael Jordan (Jalen compares him to God), Jets-Pats (Jalen says Jets), Shaq calling out Kareem (“blasphemy”), Albert Haynesworth (no good for the Bucs), and the recovery of Shaun Bradley’s bicycle (Jalen tells the tale of Webber dunking on Bradley in high school) and much more.

My favorite part of the pod was when Jalen tried to defend his draft day suit. As you can see above, it is a horrendous, red, double-breasted, pinstripe number that even Bishop Don Magic Juan couldn’t pull off. Check back every Friday for more of Jalen Rose, and throughout the week for new Grantland Network podcasts.