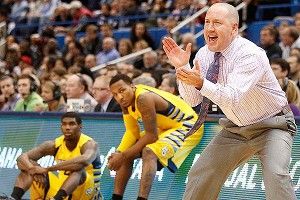 In 1975, the year I graduated from Marquette University as it happens, Joan Baez got her own back, gently, at Bob Dylan, for whatever happened in their complicated relationship back in what we geezer folk like to call “The Sixties,” in a lovely song called “Diamonds and Rust.” At one point, she challenges him to identify the reason he called her, which he insists was not nostalgic. “Give me another word for it,” she sings to him, slipping a velvet-handled shiv into his ribs. “You who are so good with words.”

The thing is, there has to be a better word for the way a longtime feeling of community rises unbidden when the right song pops up on a jukebox, or how I can still tell to this day the difference between the way yeast smells and the way hops smell, or the way the chill wind comes off the big lake. Or, as was the case this past weekend, how I felt just looking at the big, round dormitory I first entered four decades ago this past autumn. It is an odd sort of belonging, alive again. And it is not nostalgia, which is simple and marketable and, in so many ways, sterile and dead.