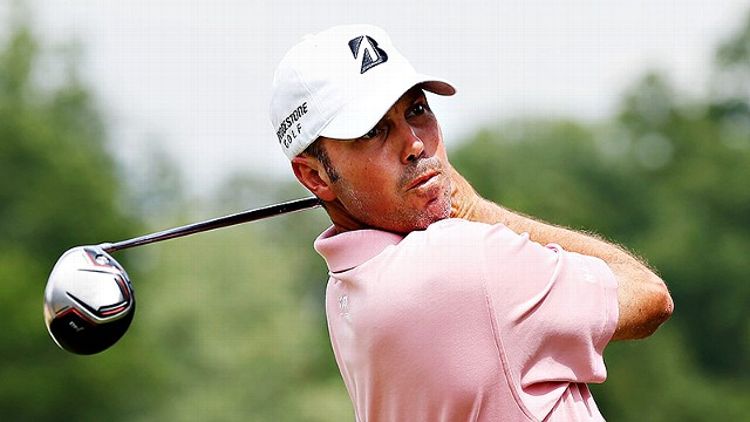 It’s June, which means two things. First, the U.S. Open. Hooray! Second, and exclusive to our tiny corner of the Internet, the second of Grantland’s monthly golf power rankings. Smaller hooray! The U.S. Open — so named because anyone can qualify, from the lowliest American amateur to the highliest Tiger Woods — is truly the People’s tournament. And I like to think that these are truly the People’s power rankings (though Karl Marx does a pretty good job with his). It’s a match made in People’s heaven.

The good news is that the 2013 U.S. Open is shaping up to be a really compelling test of golfer vs. course. Here’s why: Merion Golf Club is one of the shortest courses to host the tournament, and while it played tough in 1981 (just five golfers under par) and 1971 (no golfers under par), that was before the young guns changed the game. Players today can bomb their drives more than 300 yards without blinking, and it has the side effect of making older, shorter courses look like pitch-and-putts. At Merion, we’re dealing with a situation where four (!) par-4 holes are reachable by driver for the longest players, and reporters are asking questions like, “Will someone shoot a 62?” Nobody gives the course any respect. It’s been raining in Pennsylvania for the past week, meaning the fairways and greens will hold wayward shots, and the players’ jobs will be made even easier. Then again, only two players (Tiger and Rory — who else?) have ever finished -10 or better for an entire U.S. Open, so let’s not count out Merion quite yet. The USGA has a way of creating difficult holes from scratch; no Augusta Nationals here, thank you very much.

With all that in mind, I’ve used science and gut instinct to identify the 10 golfers with a real chance to win the People’s tournament. But first, the scratch-offs:

Not considered because of yearlong shenanigans: Rory McIlroy

Clark averages 271 yards off the tee, and while that would be enviable among hackers like you and me, at the professional level it puts him down there with the old guys. He’s consistently 20 to 30 yards behind his peers, and the reason he can contend with them is his pinpoint accuracy. He’s second only to Henrik Stenson when it comes to keeping his drives safe, and on a course with narrow fairways like Merion’s, that’s a great attribute. If his pals spend the weekend spraying bombs into the thick rough, Clark could go all David-with-a-slingshot on the field.

Apparently this guy wins one Masters and thinks he’s Tiger Woods. Since donning the green jacket — and wearing it around the house a lot — he’s played just two events in two months. He was fine in both, earning top-20 finishes, but I’m starting to think he might be basking in the glow of his breakthrough a bit too long. I doubt he’ll be sharp enough to contend this week, and yet … the man won the Masters. That’s not an empty sack of air.

Just like Clark, Stenson is a guy who can drive ’em straight — he’s no. 1 on the PGA Tour in driving accuracy percentage, actually. Unlike Clark, he has bomber capabilities and gets it past 300 when he needs to. The Swede has been in solid form all year, most notably with a fifth-place finish at The Players Championship. If he can continue to hit his drives long and straight, he’ll be hitting a lot of wedges into short par-4s, and that’s a recipe for birdies.

Ahhh Sergio. When he’s not whining, choking, or making racist comments, he’s actually been playing some very good golf. The truth is, he trails only Tiger Woods in PGA scoring average, which is the only statistic that really matters. On top of that, he actually putts better than Tiger. He has five top-10 finishes on the year, and aside from a withdrawal after he hurt himself by climbing up a tree (again: “Ahhh Sergio”), he hasn’t finished outside the top 20 on the PGA or European Tour. That’s all been relegated to the back page, but that doesn’t make it less true. He’s a fool, but he’s good. I don’t believe for a second that he can come to Merion, overcome all his personal drama, and win, but I do believe he’ll be in contention.

After Tiger and Sergio, Schwartzel has the third-best scoring average on the PGA, and he leads all golfers on the European Tour. On top of that, the dude CRUSHES. With a 308-yard driving average, he’s second in Europe. The rain that’s softened the fairways in Merion benefits Schwartzel more than any other player on this list. He’s not as precise as Tiger or Sergio with the putter, and he’s not great like Phil Mickelson with the irons, but give him the freedom to tee off at will without fear of his ball skipping across dry fairway grass and into a snake pit, and the man can score. And it’s easy to forget, but he has a Masters title under his belt from 2011, so we know he can hack it when things get tense on Sunday.

What more do we need to say? He’s Phil the Thrill. He’s either going to win the thing with laser-like shots under pressure, blow it in spectacular fashion on Sunday (right-handed backward sand wedge from the water?), or bomb out right away. But no matter what happens, he’ll be staring at us all with those huge, wild eyes. You know how Brian Phillips made the compelling argument that tennis needs Rafael Nadal for the epic drama he creates? I think Phil is that guy in golf. Sure, Tiger is the king (see: Federer), but Phil is the wild engine who gives the great tournaments their flavor. And on a serious note, he is my pick to win it all after watching his fine form last week, when he finished second to English at the St. Jude.

Hey, this guy is no. 1 on the European money list, with more than one million Euros already in his pocket! That has to count for something, right? He also won the BMW Championship over guys like Els, Westwood, and Sergio. He did a crash-and-burn act at the Masters, but he’s been scorching for the past two weeks. Maybe he’s got a sneaky run in him this weekend. And want to know something really crazy? He’s 20! We don’t hear his name because he’s Italian and plays most of his golf in Europe, but his 2013 season is an insanely great start to a career. If he wins this weekend, he’ll be the youngest major winner since Gene Sarazen in 1922, narrowly beating out Tiger when he won the ’97 Masters.

McDowell feels like one of those guys who enjoyed a year or two of elite status, won a major (2010 U.S. Open), and then disappeared. Except he hasn’t; he’s no. 2 on the Euro money list, he’s ranked in the top 10, and he’s won two tournaments this year. While he wasn’t exactly lighting it up between the strong 2010 season and now, he wasn’t horrible either, and with his recent form you have to expect he’ll contend in a major again soon. I see it happening NOW.

Oh, you want real analysis? Fine. He’s the only golfer besides Tiger with two wins on the PGA Tour, he’s pocketed more than $4 million this year alone, and the last time he picked up a club, he won. Not to mention he’s rocking the fourth-best scoring average on Tour. With the way he handles match-play events (winning them) and Ryder Cup pressure, he’s ready to take a major. He’s come close; dating back to 2010, he’s managed five top-10 finishes in 13 events. This is a question of when, not if. In conclusion, let me just say this: KUUUUUUUUCHHHHHHH!!!!!

Merion isn’t a perfect course for Tiger, with his tendency to suffer erratic spells off the tee, but when a player is Tiger-good, the course doesn’t need to be perfect. So yeah, some pundits are overanalyzing the hell out of his game and how it won’t mesh with this particular U.S. Open’s challenges. But while they’re talking, Tiger is preparing to be Tiger and make it all irrelevant. And I can guarantee he’s not panicking about the layout. Why? Because he knows a simple fact: If he plays his best golf, he’ll win. And there’s only one man in the world who can say that.