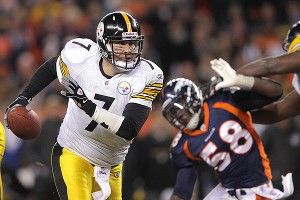 In mid-April, sportsbooks around Las Vegas started to post their lines for the opening weekend of NFL action. It was exciting to see what the market feels about those Week 1 contests (apparently, they’re for the Raiders and against the Chargers, for one), but that’s just 16 games. We need more chances to throw away our money.

Enter the Cantor Gaming group, the arm of Cantor Fitzgerald that operates the sportsbooks at several Vegas-area casinos, including the brand-new sportsbook at the Palms. The Cantor books are known for being non-smoking and offering tablets for live betting during games, but they took a step forward in our hearts in May by posting lines for a few more of those NFL games we like to throw money at. Instead of merely posting lines for the 16 games of Week 1, Cantor posted lines for the first 16 weeks of professional football.

Of course, betting on games that are days away from occurring can be hard enough; opening up the rest of the NFL schedule basically creates opportunities for bettors to either look really smart or awfully stupid. Take last season, for example. If you were of the opinion that Peyton Manning’s neck injury was more serious than the Colts were letting on, you could have gone to a Cantor book and bet against Indy before the lines really began to run away from them. Then, when the second half of the season showed up and the Colts were huge underdogs every week, you could have either pocketed your money with an advantageous line or bet the Colts with the points to produce juicy middle opportunities.

We’ve gone through each of the 16 weeks released by Cantor and picked out one line that stood out as interesting to us. Virtually all of these lines will move in one direction or another by the time the games actually occur; we won’t dream to suggest that we can predict those line movements, so please don’t take our comments as such.

Might as well start with the biggest question mark of the year: How will Peyton Manning affect the Denver Broncos? If you believe that he’s going to be the old Peyton you’ll basically be betting every Broncos line now and hoping that they end up three or four points better by the time the games actually get played. This one’s really interesting, though, because it’s really easy to see the angles on both sides. The Broncos beat the Steelers last year in the playoffs, and that was with Tim Tebow at quarterback. Take out Tebow, put in Manning in his coronation game, and count the money, right? On the other hand, those Broncos beat a horrifically banged-up Steelers team, and while Pittsburgh never seems to get totally healthy, they have their best shot at being something resembling 100 percent in Week 1. Which side is right? No idea.

The Bears have a well-deserved rep for playing the Packers tight, but they lost their two games to Green Bay by 10 and 14 points last season. So is this line too low? Probably not; remember that the Bears had a return touchdown mysteriously taken away in the first game and started Josh McCown in the second. The Bears are also another top-heavy team that’s more likely to have all their stars in the lineup earlier in the season; it would be a surprise if this didn’t come down to seven by kickoff.

We’re not going to do all Packers games, but there are so many fun angles to work with here. Yes, in a vacuum, the Packers are the far superior team in this game. But this is at Seattle and on a Monday night, which means that the strongest home-field advantage in football should be even more boisterous for the Seahawks. Plus, Matt Flynn will likely be under center against his old team; the Packers are too smart to keep the same audibles and foibles that Flynn learned during his time in Green Bay, but does he have a tell or two on Aaron Rodgers that the Packers don’t know about?

These are the same 49ers who played the eventual Super Bowl champion Giants to something resembling a draw in the NFC championship game, right? And they’re one-point underdogs against the Jets, who looked like, well, the Jets at the end of 2011? What gives? Oh, right. This game’s at 1 p.m. on the East Coast, which means the vaunted “10 a.m. start” for a traveling West Coast team is in play. And since 2000, teams from the AFC West or NFC West traveling East to play the Giants or Jets are 9-23. Doesn’t it seem like Jim Harbaugh would be smart enough to plan ahead for the time change, though?

Really? The Titans — who nearly made the playoffs last year — are a pick ’em against the Vikings in the desolation of the Metrodome? We think the Vikings will be better in 2012 than they were during their disastrous season in 2011, but that seems very generous.

This somehow feels simultaneously like the easiest and most difficult line to set. In addition to that classic contest in the NFC championship game, the Giants traveled to San Francisco in November last year and lost by seven. That win required a stop from the Niners inside their own five-yard line on fourth down with seconds to go. So 2011 suggests that there’s not much between these two teams. On the other hand, three is the key number in any close game. If this line is 49ers -2.5, books will take a ton of action on the Niners; if it’s Niners -3.5, they’ll take a considerable amount of action on the Giants. So, almost by default, it has to start at 49ers -3 and will likely stay there.

Blaine Gabbert did this in 2011. Even if he’s better with Mike Mularkey and Justin Blackmon around to help, there isn’t a head coach or a receiver in the world who can do very much to help a quarterback who throws a pass inside the red zone both backward and out of bounds. This is a chance to bet against that quarterback in a hostile environment without having to give up a touchdown. That seems like it would be fun to do. Also, in the subsequent week, the Jaguars are 14-point underdogs at Green Bay. We know that the Packers blew out the Raiders last year, but are they really 8.5 points better than Oakland?

Tape of the two Giants-Cowboys games from last year either qualifies as torture porn (New York) or as a snuff film (Dallas). We’ll understand if you don’t want to go back and watch, Cowboys fans, but Dallas was awfully close to sealing up a win against the Giants before tragically crashing and doing Cowboys things. And that was better than the previous year’s game, during which Tony Romo suffered his season-ending collarbone injury. Well, “better” might also depend on who you ask. After three consecutive home losses to the Giants, though, it just seems like the New York side of this line will take action.

We don’t really care about this line. We just want to say: (a) there should be a 30 for 30 on this game commissioned before it even happens, and (b) we are prepared to bet the Over on this, even if the line comes out at 127.5 points. Oh, and (c) the odds on actual game footage from this contest ending up in a shoe commercial is off the board. Can you tell that we’re excited for this game?

OK. We pick the Giants.

This is very curious. The Patriots were 14-point favorites at home against the Colts last year, and that was with Dan Orlovsky and a bevy of third-stringers on defense. They didn’t cover. Now, 10 weeks into Andrew Luck’s career and against a New England team likely to be much healthier on both sides of the ball, the line will be the exact same? No way. Exception: If there’s snow on the ground in New England, in which case the line should be Patriots -35 or so.

Again, we don’t really want to bet on this game itself, but more the things surrounding the game. Like the losing team covering with a score in the final two minutes. And us getting fooled by the Eagles after a comfortable win over the Redskins during the previous week, only to see the middle of their defense get bowled over by a power running team.

Along with the Broncos, the Saints represent the other best opportunity to extract value from a proper read of a changing situation. Basically, if you think that the Bountygate scandal is going to ruin this team’s chances of competing in 2012, you’re going to want to bet heavily against them now and wait for the lines to catch up to you. Here’s a perfect example. Let’s say you think the Saints fall apart and limp into Week 13 at 4-7. Here’s your chance to get the Falcons without having to lay that valuable third point; by the time the game rolls around, you might even get the possibility of taking Saints +7.5 and combining it with Falcons -2.5 for a glorious, glorious middle opportunity.

OK, we’ll keep this one simple. If the line were Seahawks -14, we’d still probably take Seattle.

Ten! Ten for a team that just lost its head coach, defensive leader, and failed to re-sign its second-best player at any position before he hit free agency. Oh, and where did that player go? Why, Carl Nicks signed with Tampa Bay! Unless Greg Schiano ends up emulating the NFL career of Bobby Petrino, this one feels like it could be a lot smaller by the time Week 15 rolls around.

The Steelers waxed the Bengals by 28 at home last year. They even won by seven in the road fixture, and that was with Ben Roethlisberger missing Mike Wallace open for at least one long touchdown. Sure, that’ll probably happen again in this game, but it’s hard to imagine the Steelers not living up to expectations with regard to where they’ll be when this game happens. It’s easy to imagine the Bengals struggling to reproduce their form from last year, and if they aren’t a .500 team heading into this game, the line will jump past seven.