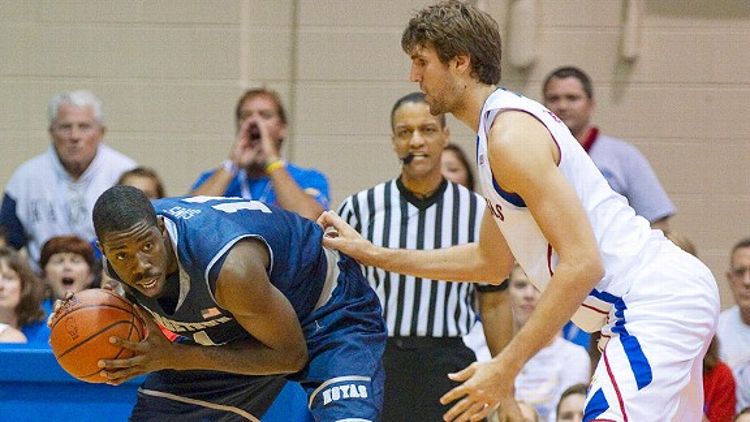 More than 100 years ago, in the First Battle of Bull Run, the Union Army marched against Confederate troops in Northern Virginia. A painless Yankee victory was anticipated, and white-gloved society types from Washington, D.C., packed mince pies and mutton into their picnic baskets and headed out to watch battlefield action. This seems a gruesome form of recreation, but since we live in a time when audiences get lathered up for UFC and exchange WorldStarHipHop videos of dudes stomping each other into comas, we’ll reserve judgment on the entertainment value of bayonet disemboweling. Anyway, at Manassas, Union forces were repelled, their artillery guns were seized and retreating troops were cut down as they fled in terror. Roads back to Washington were cluttered with the carriages of the well-heeled day-trippers who had hoped for a leisurely afternoon of ham sandwiches and Rebel slaughter. The enduring lesson, for both sides, was that the Civil War was going to be a nastier, bloodier and more protracted affair than most ever imagined.

Comparing the Big East to the Union is problematic for any number of reasons (for starters, the conference includes universities in Southern states like South Florida). But the need to reevaluate expectations in the wake of a surprising rout is surely still applicable.

In last year’s NCAA tournament, an underwhelming performance by the Big East was glossed over by Kemba Walker’s magnificent play and UConn’s eventual title. But it was a massacre. Going into the tournament, the Big East’s reputation as a crucible for elite basketball had reached new, perilous heights, and 11 teams littered the brackets. Then Louisville fell in the first round to Morehead State. Pittsburgh stumbled against Butler. Notre Dame, a two-seed, lost to Florida State. In all, nine of the teams were ousted without reaching the Sweet 16. The Huskies’ championship was a wedding night of vigorous sex following a reception where the multi-tiered cake was upended and the best man divulged the murder of a Latvian hooker in his slurred toast.

Throughout this season’s early engagements, Big East teams have not done much to disprove critics who crow that the conference is overrated. A young St. John’s squad was defeated in close games against ranked Arizona and Texas A&M teams. Last night, Notre Dame was crushed by Missouri. Marquette required a last-second bailout in a harrowing 59-57 victory over Norfolk State. By midnight on the East Coast, only Georgetown — fittingly, the rugged spirit animal of Big East tenacity — stood in the way of another unhappy day on the battlefield.

The Hoyas are green. After losing three starters and a number of other contributors, the roster is awash with ten underclassmen. Only two seniors — Henry Sims and Jason Clark — play significant minutes, and the sixth and seventh men are both frosh. This mound of undifferentiated tissue might one day grow into a sharp-toothed creature, but it’s too soon to know whether it will devour goldfish or oxen. Last night, in the opening round of the Maui Classic, Georgetown was unequivocally the underdog against the Kansas Jayhawks, another young team with things to prove after being drubbed by Kentucky in Madison Square Garden.

Last week, I described Thomas Robinson, the muscular Jayhawk forward, as “refrigerator-shaped.” This is inaccurate. More precisely, his chest is a refrigerator, his shoulders are iceboxes and his biceps are kegerators. Envision a spry Robocop. Robinson’s ability to seal off post defenders with his bulletproof hip means that whenever Kansas’ guards puncture the lane, they can just loft the ball in the area code of the rim and he’ll savagely mash it home. In last night’s game, at least half of Robinson’s 20 points came from dunks, all of them mean-spirited. It’s difficult to say if his physical dominance will continue on the professional level, but I love his game in the same way I loved Conrad McRae’s. He’ll yam on your head, punch your shot into another dimension and enthusiastically roar about these accomplishments the entire evening. Whenever he briefly leaves the court, Robinson quickly sidles up Kansas assistant coach Danny Manning and listens intently to whatever words of advice the Jayhawk legend offers. Hopefully he’s talking about being a collegiate superstar and not recommending arthroscopic knee surgeons.

Early on, with Robinson pile-driving dunks and sly Tyshawn Taylor raining 3-pointers, Georgetown looked badly outgunned. It wasn’t just the 32-23 lead; it was how the Jayhawks piled it up. With alley-oops and scalpel incisions into the paint, they dominated “Oh, shit!” moments by a margin similar to that of the Dream Team against Angola. But Georgetown kept lurking. Hollis Thompson, a scorer with buttery fluidity, tossed in a couple 3-pointers that each had the desperate feel of sandbags stanching against a flood. At the half, Kansas’ lead had been chopped to two.

The second half was a carbon copy of the first, but the molecular structure of Georgetown’s ugly effectiveness was revealed. They claw at passing lanes with 2-3 and 1-3-1 zone schemes; they thrash on the hardwood for loose balls; they execute the backdoor cuts of the Princeton offense with moderate competence. Even during an eight-minute second-half stretch without a field goal, Georgetown played the brand of Big East basketball that keeps games within reach. If lunging into the seats in pursuit of a rebound can be equated to suicide bombing, it was asymmetric warfare. In crunch time, burly ginger Nate Lubick found Otto Porter cutting to the bucket for an easy score. And after the Hoyas chased down yet another offensive rebound, Clark buried a 3-pointer to cut the Kansas lead to 65-63 with 16 seconds remaining. He scowled appropriately and snarled “Let’s go!” at his compatriots, but it was not enough.

With Travis Releford calmly knocking down the clinching free throws, the Jayhawks earned some redemption following their dismantling at the hands of Kentucky. And even in defeat, the scrappy young Hoyas proved they not the kind of Washingtonians who will wear white gloves and watch from afar.

Previously by Ben Detrick:
Kentucky’s Kids Grow Up Against Kansas
Why Syracuse Will Win the National Championship
Sounds of the City: The Big East’s Musical Legacy