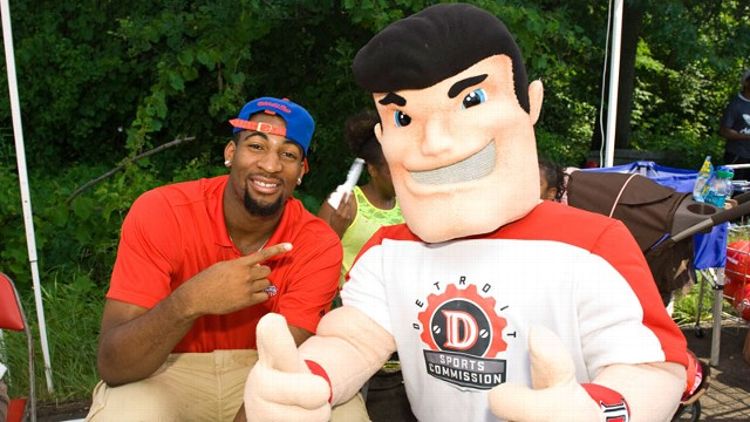 Over the past few months we’ve done our fair share of due diligence with the Pistons, a.k.a. America’s Team, a.k.a. You Just Got Dunked On. But nothing we’ve done compares to a certain news brief from the Detroit Free Press a few days ago.

“We don’t like to make assumptions. But reading between the lines, it appears Detroit Pistons center Andre Drummond has struck up a romantic friendship with actress Jennette McCurdy on social media. Here’s what we know: Earlier this summer, Drummond, 20, started participating in ‘#WCW,’ which stands for ‘Women Crush Wednesday,’ on Twitter and Instagram, posting a photo of McCurdy each week.”

Who is Jennette McCurdy? She’s a star of Nickelodeon’s iCarly. Obviously. Here’s a nice roundup of Don Juan Drummond turning Women Crush Wednesday into the sonnet of these modern times.

This was amazing enough all by itself.

But then: “The 21-year-old McCurdy took notice a few weeks ago, followed him back on Twitter and began talking to him … Since then, Drummond appears to have sent McCurdy gifts, including [a teddy] bear.”

BRINGIN’ OUT THE BIG GUNS.

She named him Drummy.

He also sent her flowers, and then McCurdy posted a photo of herself wearing a Pistons jacket. We at The Triangle, your official Detroit Pistons blog, have no idea whether they’re dating, but that’s not the point. Any seduction campaign that was thorough and persistent enough to earn not only a follow-back but also a dead-serious write-up in a real American newspaper is a Hall of Fame moment in NBA offseason history. Andre Drummond won the summer.

And then, last night … Yes.