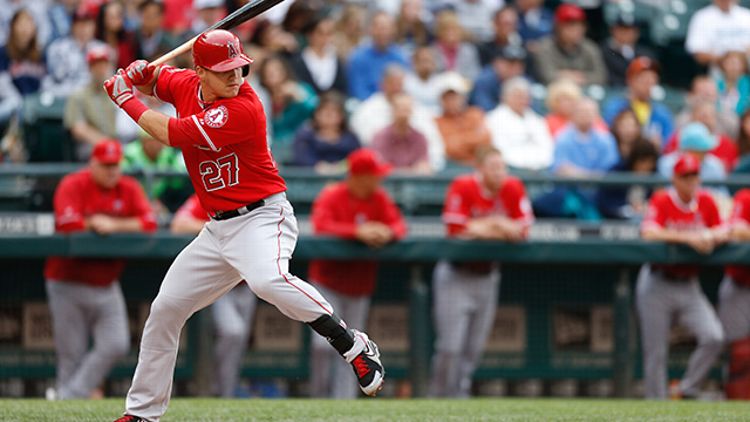 You won’t find many gloomier weeks of headlines for any sport than what baseball’s getting right now. Ryan Braun has been compared to a cockroach. Alex Rodriguez is “the Whitey Bulger of baseball.” We’re drowning in PED rumors, PED news, and especially PED outrage.

The latest sordid report has A-Rod and the Yankees sniping back and forth at each other over a quad injury that may or may not exist. The Yankees are blocking him from playing, says Rodriguez and his multiple emissaries. A-Rod is violating the collective bargaining agreement by asking a doctor for a second opinion without team consent, says Yankees management. Meanwhile, another report speculated that Rodriguez could be facing a lifetime ban for PED possession and various bad behavior related to said possession, despite having zero prior suspensions on his record.

It’s easy to become disheartened if you’d like to see players operate on a level playing field, and if you’d like to root for players without fear of their reputations getting tainted down the road. It’s easy to get swept up in PED hysteria when it’s being shoved down our throats, when all the baseball stories we consume seem to lead with tales of more players implicated, more looming suspensions and pending appeals, more disputes that seem to tarnish the sport’s image. It’s easy if you ignore this:

There’s a lot more to love than to hate this season, as there is every season. For every player likely to be suspended this year, there are 10 more doing extraordinary things. For every team that could see its pennant chances affected by the Biogenesis case’s undertow, there are five more with amazing stories to tell. In short, baseball is fun as hell right now.

The Pittsburgh Pirates are freaking amazing. They’re 21 games over .500, smashing all comers, nipping at the heels of the loaded Cardinals. Given the Buccos’ track record, this is a damn miracle. After every Pittsburgh win, ardent Pirates fan (and New York Times associate managing editor) Tom Jolly tweets a numerical update on what the team has left to do to achieve its goal for 2013. He won’t put a counter on 100 wins, 95 wins, or even 90 wins, which could serve as a decent estimate for what it’ll take for the Pirates to make the playoffs after a 20-year drought. Jolly’s updates simply calculate the number of wins left for Pittsburgh to finish with a record above .500. Going two decades without making the postseason is bad enough. Failing to post a winning record for that long borders on historical incompetence, and makes a summer in the sun intoxicating for a legion of suffering fans.

So you watch Andrew McCutchen, the All-Star center fielder who can’t even get his name spelled correctly when someone touts him as an MVP candidate. You applaud Gerrit Cole, the rookie flamethrower just two years out of UCLA who’s bolstered the pitching staff. You cheer for Pedro Alvarez’s moon shots and a daily #MartePartay, even if you’re not from anywhere near Western Pennsylvania. You root for an underfunded, long-lamented franchise that needs a damn break, and might finally get one this year.

You tip your cap to Ed Lucas. Don’t know who Ed Lucas is? That’s understandable, since we’re talking about a .270 hitter playing on the last-place Marlins. He’s also a 31-year-old rookie who spent 10 seasons in the minors, including six at Triple-A, counting 925 games and 3,731 plate appearances in the bush leagues before finally getting his shot at the Show. You listen to him recount his days — in Idaho Falls; Burlington, Iowa; Adelanto, California; Wichita; Springdale, Arkansas; Omaha; Jackson, Mississippi; Lawrenceville, Georgia; Salt Lake City; New Orleans — all the 10-hour bus rides and five-guys-in-a-two-bedroom-apartment stories, all the times he could have given up but hung in there for one more year. You can’t help but smile that he achieved his dream, and watch him soak it all in for as long as it lasts.

You marvel at Yasiel Puig. He’s a rookie, just like Lucas. But he seems to be of a different species, from Lucas or just about anyone else in the game. He does things that human beings shouldn’t be able to do, like render Vin Scully speechless. Maybe you hate the swagger and bombast that permeates his game, or maybe you love that he’s a hot dog who gives exactly zero F’s (I love it, think baseball is far too hung up on silly unwritten rules, and would be happy to see wild celebrations and even occasional woofing when warranted, the way Michael Jordan and Larry Bird used to destroy and then torment opponents). Either way, you’re going to watch him, you’re going to be mesmerized when you do, and you’re going to see if Puig might truly be a generational talent, one who could help lead the Dodgers from the depths of irrelevance to a potential NL pennant.

You shake your head at Mike Trout. As a 20-year-old rookie last year, he triggered comparisons to Mickey Mantle, the kind of proclamations that would normally be regarded as ridiculous and overheated, but seemed just right in this case. Whenever anyone does anything that extreme in baseball, we wait for the inevitable regression to the mean, the blast of ice water that reminds us how greatness is fleeting, and that extraordinary performances are bound to fizzle out. Only Trout is not cooperating, not when his offensive numbers this year are a carbon copy of what he did last year (.326/.399/.564 in 2012, .321/.400/.559 in 2013). He has silenced the skeptics, adding more preposterous feats to his résumé all the time. It’s 12:21 a.m. on a Tuesday night, you’ve got to be up in six hours to get to work, the underachieving Angels are playing some lousy team … and you watch the game anyway, hoping to catch Trout doing something amazing, because your dad and your granddad told you stories about The Mick, and Mantle 2.0 is alive and well and there for your viewing pleasure.

You witness Miguel Cabrera swatting balls anywhere he wants and want to see if he can lead the Tigers to their first World Series title in 29 years, and if he can start to take his place among the best right-handed hitters of all time. You get Chris Davis crushing homers at an even swifter pace than Cabrera, and wonder how long he can keep this up, and how high he can go. You follow Matt Harvey as he throws 99 mph cheese, 93 mph sliders, and 90 mph changeups by bewildered hitters, only to get overlooked in his adopted hometown. You watch baseball for the next Sandy Koufax and the next Brooks Robinson. You tune in to hear those first few, immediately recognizable chords as a legend winds down his Hall of Fame career. You stay glued to your seat, knowing you might soon see something spectacular, or even something subtle, like the cat-and-mouse battles of strategy and intrigue that flow through every game.

So sure, if you want to get dragged down by the disproportionate amount of attention being paid to one negative story, go ahead. I’ll be right here, watching the sport that never stopped being great.