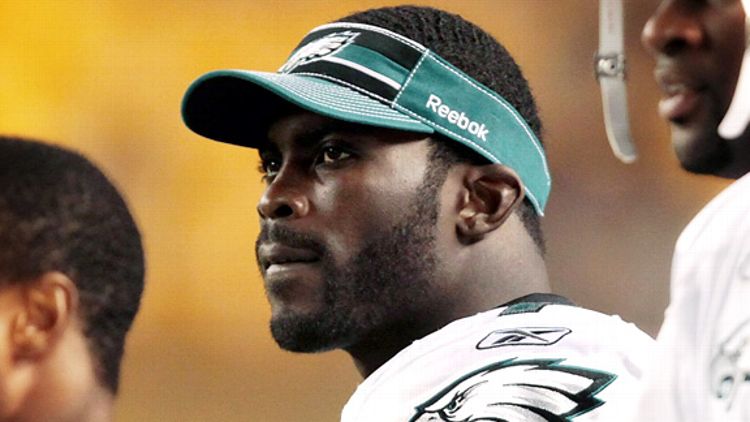 Avid Philadelphia Eagles watchers may have seen Thursday night’s 24-14 loss to the Pittsburgh Steelers coming. There were ominous signs: a skipped practice before the game would naturally lead to some rusty displays. Then there was the depleted receiver corps coping with the continued absence of wide receiver Jeremy Maclin and the only recent arrival of fellow wideout DeSean Jackson. Heck, if you were looking for signs, you need look no further than offensive lineman Todd Herremans’ (aka THE TODDFATHER) Twitter dispatch from before the game, yesterday: “Hotel room remotes never seem to work worth a shit.” Turn on Kid A! Women and children first!

Yes, the Eagles hardly spread their wings before they flew into a Steel Curtain (tip. your. waitress.). The offense looked off-balance, not on the same page and sluggish. The defense looked like they had no idea what time zone they were in, with the Steelers playing keep-away for much of the game, racking up 38 minutes of possession. Coach Andy Reid summed it up pretty succinctly: “We all stunk.”

Michael Vick may have stunk the most. Three first half picks, which is a fancy way of saying he threw three picks in total, since Vince Young and Mike Kafka mopped on aisle beatdown for the second half.

But why did Vick play so poorly? Apparently it’s because he said this a few months ago, to GQ: “I think I can say this now, because it’s not going to hurt anybody’s feelings, and it’s the truth…I didn’t want to come to Philadelphia. Being the third-team quarterback is nothing to smile about. Cincinnati and Buffalo were better options.”

First of all, I think I can safely speak for many Eagles fans when I say that the collective reaction to the news that Michael Vick would be joining the team as a third-string QB in 2009 was, “…”

With that in mind, it’s very hard to imagine anyone in Philadelphia losing sleep over Vick ostensibly saying that, after leaving prison and finding himself bankrupt, what he needed was money and a chance to make a lot more of it. That’s all that meant.

Philadelphia fans are notoriously temperamental, but they’re not entirely unreasonable. Still, after the game, Vick sounded apologetic when asked about choosing between Philly and Buffalo/Cincy, told reporters, “I wanted to be with Andy [Reid]. I knew that I was going to to have to sit, but I knew it was going to pay great dividends — I couldn’t see it at the time.”

While his “explanation” was a needed response to a media that demands such things, he’s almost certainly more sorry about his performance against the Steelers than he is about something he said in an interview. Dick LeBeau, Troy Polamalu, James Harrison, and even the ToddFather’s busted remote played more of a role in Vick’s nightmarish performance than any fallout from a magazine article.