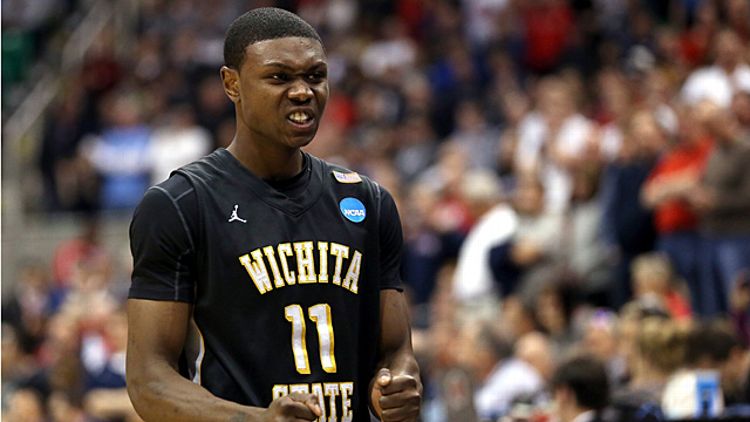 The Sweet 16 gets under way tonight, and if the first weekend of tournament action is any indication of what’s to come, we’re in for a treat. Every year, it seems the NCAA tournament gets more unpredictable, which is why I’ve taken it upon myself to tell you what to expect. Here are five more predictions that might as well be guarantees:

1. Keith Smart’s shot will be shown at least three times.

“When you talk about Indiana and Syracuse, you have to talk about Keith Smart hitting the game-winner to give the Hoosiers the 1987 national title. It’s one of the great moments in tournament history, but think about this, Clark: None of the players in tonight’s game were even alive when it happened! No matter who’s your favorite team, ‘orange’ you of the opinion that taking that shot was a ‘smart’ decision?!”
— Jim Nantz, probably

2. Ron Lewis’s shot will be shown just once.

Keith Smart’s shot will get a lot of play, but another tournament buzzer-beater is relevant for tonight’s games. That’s because Arizona coach Sean Miller was head coach at Xavier in 2007, when Ohio State’s Ron Lewis did this. So here’s my prediction: The Arizona-Ohio State game will be at most a two-possession game with a couple of minutes left. One of the teams will call a 30-second timeout, and since TBS won’t have enough time to run a commercial, they’ll show the Lewis shot, and the broadcast team will wonder if another dramatic moment to decide a Thad Matta vs. Sean Miller game is on its way.

3. Wichita State–La Salle will be the only game not to trend on Twitter.

My guess is that, excluding Wichita State and La Salle fans, no one will watch this game instead of Indiana-Syracuse. As much as we all love cheering for Cinderellas, the truth is that we only love it when Cinderella is up against some evil stepsisters. Nobody wants to see the Little Giants scrimmage each other. We want to see Icebox and Co. run the annexation of Puerto Rico and outsmart dumb jocks like Spike Hammersmith. (Side note: Whoever pitched “Spike Hammersmith” as the name of the Cowboys’ best player had to have been joking.) Personally, I think this game will be as great as all the others, but because Indiana-Syracuse is a marquee matchup, few people will even acknowledge Wichita State–La Salle. (Unless, of course, the urge to make “Shocker” puns is stronger than I realized.)

4. CBS will show Buzz Williams’s and Jim Larranaga’s postgame celebrations from last week, and then their studio analysts will discuss who’s the better dancer.

Charles Barkley will wait to see which guy everyone else picks, and then he’ll call both coaches overrated.

This might be the boldest prediction I’ve ever made. Earlier in the season, it was impossible to watch an Indiana game without seeing Zeller’s parents and hearing the announcers talk about how Zeller’s brothers were also great players and students. As the season wore on, Steve and Lorri Zeller got less and less airtime, probably because everything that can possibly be said about their family has already been said. The “pan to Cody Zeller’s parents in the stands” shot has enjoyed a recent resurgence, though, making it impossible to predict how much camera time they’ll get the rest of the tournament.

Well, nearly impossible that is, because I’m predicting a huge upset in the Sweet 16: We won’t see Steve or Lorri Zeller on camera once tonight.